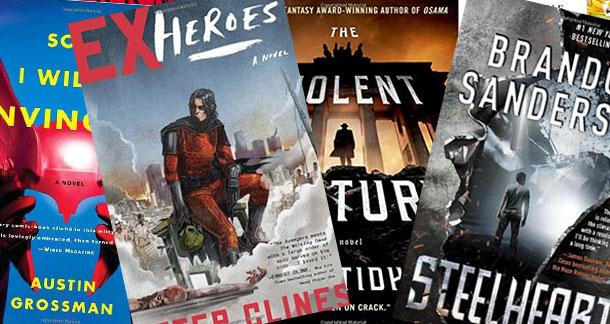 While superheroes are incredibly popular both in comic books (the media format they were born in) and on the film screen, there is a small but steadily growing output of superhero fiction in novel and short story form.

Normally, this would be where I'd talk about the history of the genre, but superhero fiction is a relatively new phenomenon outside of tie-in fiction (stuff like Superman and The Phantom novels). George R.R. Martin's Wildcards series is an early example (1987) but I was too young at the time to catch it at its apex. It's a bit dated now, but you can't go wrong with the classics.

This list will focus on original superhero fiction, in the sense that it doesn't include any tie-in novels featuring superheroes that first appeared in comics. 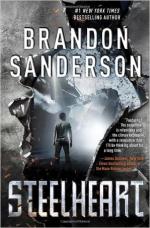 Is this a good fit for this list? It has super-powered humans, but they're the villains in this dystopian YA book series. I think it counts.

These super-powered humans, dubbed Epics, have installed themselves as emperors and kings, treating normal people as nothing more than slaves.

The Reckoners are the resistance, a group of ordinary humans that have decided to fight back, mostly by assassinating these incredibly powerful Epics. Not an easy task. David, our protagonist, wants to join them and avenge the death of his father at the hands of the titular Steelheart, the self-appointed emperor of Chicago.

Steelheart is believed to be invincible. David knows otherwise.

The first book in the Reckoners trilogy by Brandon Sanderson, it's followed by Firefight and Calamity. 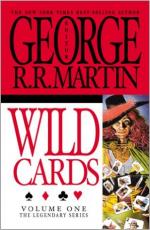 There was no way to leave this one out, though I was trying to only do novels. On the other hand, I could probably just leave this here and call it a day. There's a whopping twenty-two volumes of this shared universe anthology series out there. Edited by George R.R Martin, it was first published in 1987, but the 2001 edition currently available has been updated with extra material.

Right after World War 2, an alien virus hits New York, killing 90% of the infected. The remaining 10% are changed, either for the worse (deformed monsters) or for the better (superpowers!). Those of the latter who actually get a useful superpower are called Aces.

This shared alternate universe contains a ton of short stories, some of them interconnected, some not, about what happens to these characters that have acquired superpowers. It's unlikely you'll end up liking all of them, but there should be something here for everybody. Some of the characters are recurring, while others meet bitter ends. Kind of like anything George R.R. Martin touches.

And if you like this one, you'll have reading material for a while. 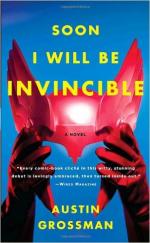 3. 'Soon I Will be Invincible' by Austin Grossman

Kind of a meta-superhero novel, Soon I Will be Invincible shifts its narrative between convicted supervillain Doctor Impossible, who is attempting to derail the earth's orbit and thus rule the world, and the newly minted superhero Fatale, who is the latest addition to the Champions superhero team. Filling in for a former member of the team, she gets a crash course in the superhero life.

There is a modicum of introspection here, about the nature of villains and superheroes and possibly the superhero genre as a whole that's pretty cool to see tackled. The well-crafted characters are a welcome sight in what could be a flashy but shallow supers book.

Probably the closest to comic book-style superheroes you're going to get in prose form and pretty fun to boot. 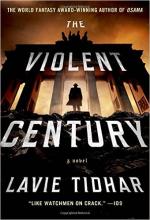 4. 'The Violent Century' by Lavie Tidhar

A Cold War-era superhero spy thriller? Now you're talking my language. Oblivion and Fogg used to be friends, fighting for the British Empire, until something happened in the final days of World War 2 that tore them apart.

Now they've been recalled into duty to debrief a decades-old mission, giving us a peek into their action during the war and what transpired there, as well as how they came to work as superhero spies for their country.

A mix between Tinker Tailor Soldier Spy and Watchmen. Make sure you can handle Cormac McCarthy-style prose and dialogue before you delve into this one. Or just be prepared for something a little different. 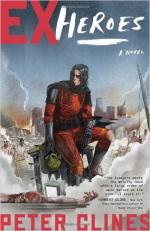 Peter Clines asked the question: Has anybody ever mixed superheroes with zombies? (Did Marvel Zombies exist at the time? I'm not sure.)

Then he wrote Ex-Heroes. A group of superheroes in post-apocalyptic LA are now protecting the remaining survivors of the zombie plague from the undead, the hostile living, and even worse, the ex-superheroes who are now trying to take over their stronghold, The Mount.

It's a successful mashup. That's not to say that superheroes and zombies don't go together, but I could easily see this being a disaster at the hands of someone less talented. Clines does a good job with this high concept novel, going for bombastic events but keeping his characters real and well-thought out.

Ex-Heroes is the first in a series of five books in the same universe.

What masterpiece of superhuman literature have I missed? What's your favorite superhero book tie-in? Let us know in the comments.