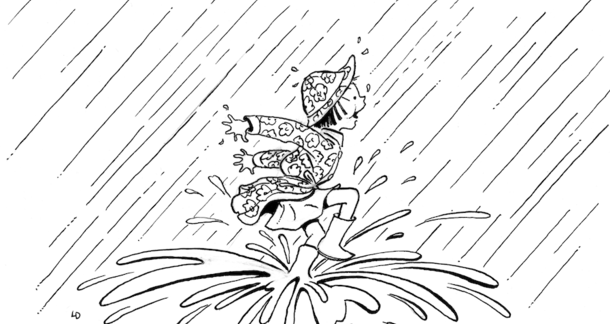 I’m not sure how my mother got hold of Beverly Cleary’s books when I was little, but I know we couldn’t find a copy in Greek. Lacking that, she read the original, translating each page aloud on the go, an ability that left me in awe — and something I’m sure Ramona Quimby would find pretty cool herself.

But Ramona’s appeal wasn’t the impenetrable language on the page, or the mysterious tales of American life the books about her held — it was the character herself, this impossible, joyful, loud little girl. My favorite of the Ramona books was Ramona the Pest, a classic I re-read following Beverly Cleary’s death last spring.

Revisiting Ramona as an adult clarified my memories of her adventures, and made me appreciate the principles this chaotic kindergartener lives her life by in a way I wasn’t able to identify earlier. I’ll need another re-read to understand how Cleary managed to embody so much life advice into a series that never becomes didactic, cliché, or preachy, for adults and kids alike.

In the meantime, and on the anniversary of Beverly Cleary’s birth, I’d like to offer five Ramona-approved principles for living life — what I see as her pledge to living life unapologetically as Ramona.

The question that adult readers have to ask themselves is simple: do you make enough great big noisy fusses?
Ramona is no anarchist — she loves nothing more than her kindergarten teacher’s approval, and often respectfully follows her rules. But there are some boundaries she won’t have overstepped. When, on her first day of kindergarten, her older sister and her friend ask if they can walk her to school, Ramona immediately realizes they want to mother her — but she decides that “nobody [is] going to catch [her] being a baby on her first day of school.”

What kind of power does a kindergartener have in such a decision? None, other children might think. But Ramona is absolutely not resigned to her fate, and decides to use her special power if she has to: a “great big noisy fuss”. As she says, “great big noisy fusses were often necessary when a girl was the youngest member of the family and the youngest person on her block.”

For a girl so aware of her weak position in the family hierarchy, her commitment to putting up a fight is frankly inspiring. The question that adult readers have to ask themselves is simple: do you make enough great big noisy fusses?

Ramona believes that things are possible — that’s why making a fuss works, and why she won’t just accept what others say should happen. When you believe that you can change things, you’re also empowered to make them change by trying hard.

Ramona tries really hard. When Miss Binney, her kindergarten teacher, says that all students have to lie down and rest, promising that the quietest person will get to be the “wake up fairy” and wake up the rest of the class with a magic wand, Ramona does her absolute best to rise to the occasion’s demands. “Just to show Miss Binney she really and truly was resting she gave one little snore, not a loud snore but a delicate snore, to prove what a good rester she was.”

It kind of backfires on her, and Miss Binney is unfortunately not persuaded that she’s resting, but Ramona’s determination is a trait the world would be better for, if more adults committed to their hopes with the same earnestness.

3. Some degree of chaos is good

Against the backdrop of a weary and exasperated Mrs Quimby and a bewildered Miss Binney, Ramona has a ton of fun in her own chaotic way. She styles her capital Qs as cats with little tails, loves to take a single bite out of many apples, pretends to be the Easter bunny, and proudly dresses up as the “baddest” witch in the world for Halloween.

She doesn’t always do things the way grown ups would like her to, unintentionally or deliberately — but thinking beyond what’s 100% parent-approved means she enjoys the full range of her own creativity. We adults are sometimes stuck in inertia, but with inspiration like Ramona, maybe we can remember that some rules don’t need to be followed: you can have cake for breakfast, or skip breakfast altogether, or have breakfast for dinner. A little disregard for convention never hurt anyone, especially if it means you listen to your own intuition.

4. Don’t let the Howies of the world dampen your joy 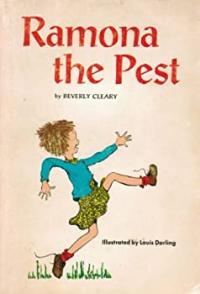 On her first day of kindergarten, Ramona is buzzing with enthusiasm, begging her mom to leave home early and make sure she won’t be late. Howie, her neighbor and classmate, is the opposite — he stands as an entertaining foil character next to Ramona, meeting all her joy with a decided lack of energy, optimism, or interest. His first comment upon arriving at kindergarten “critically” points out that there are no tricycles or dirt you can dig.

He is, in short, the Eeyore to Ramona’s Tigger: a killjoy she is exasperated by, and one she bravely keeps at bay. There are unfortunately many more Howies in the world than Ramonas, and being near one can rub off on people — but by breezing past the Howie thoughts, we’ll remember that the world can still be pretty exciting, even without tricycles in sight.

5. Be curious, not afraid

If my first day of kindergarten was tomorrow, I can’t really truthfully claim I’d feel the same way Ramona did — she was convinced that “life was so interesting she had to find out what happened next.” With growing up comes stress and self-awareness, and things become less exciting and more nerve-wracking.

Next to reluctant kindergarteners like Howie, Ramona’s boundless curiosity stands out for the extraordinary personality trait that it is: she’s the perfect combination of quirky, determined, and fun-loving, a dream of a main character for any children’s book publisher. In fact, she possesses what internet slang loves to call main character energy — that sense of being important enough — and spending time with her in Cleary’s books reminds those of us not currently in kindergarten that that’s not really a feeling that ever has to go away.

I like to imagine grown-up Ramona not as an internet Karen, but as an excited, curious, and creative adult — the Ramona version of ourselves we could all try a little harder to be. For these lessons, and all the laughs, I remain so very grateful to have known Beverly Cleary’s work.

Get Ramona the Pest at Bookshop or Amazon