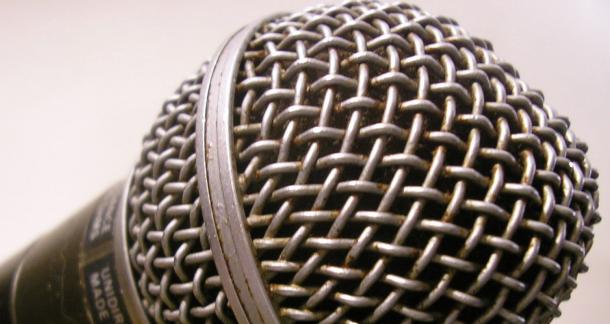 It takes a special kind of nerd to get excited about meeting George Guidall. You might not know that name, but you know his voice. If you're a fan of audiobooks, you definitely know his voice.

I'm a special kind of nerd, and I was pretty damn excited to hear George Guidall speak in my hometown.

Highlights included Mr. Guidall saying that he made a lot of husbands jealous until they saw him in person, at which point they decided he wasn't a threat. He also told a great story about narrating an entire audiobook, and only at the very end of the book did he discover that a character was supposed to have spoken with a southern accent.

My stupid brain, whenever I meet a real person and see what they do, I think, "Hey, I can do that!"

But I did it. I recorded and posted my own audiobook. You can be like me. Actually, don't be LIKE me. Just do the same thing I did. Record and share your own audiobook. Here are 5 things I wish I'd known before I started.

1. A Quick And Dirty Audio Primer 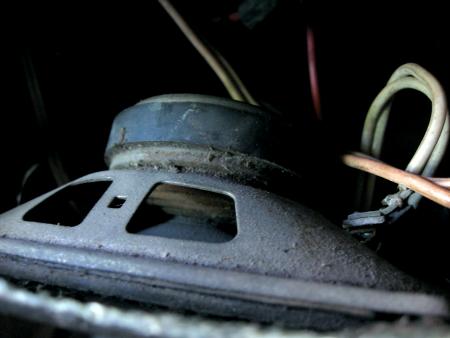 People who really like recording sound are not very helpful on the internet. Swear to God, every article about how to record sound starts like this:

I'm going to give you the quick version. Audio nerds will argue with me, and I encourage them to record their complaints in crisp, clear audio formats of their choice, which they can then play back for themselves so they'll hear exactly how they sound.

Use a decent microphone. "Decent" means one that is not a microphone built into another device, and not one that plugs into something with the same cable as you'd see on a cheap pair of headphones. You can find a decent mic. It's 2015. Everyone has a podcast. If your friends don't have mics, try your local library. Seriously, lots of libraries are getting into this kind of equipment, and they'll be delighted to have you record your project there.

Reduce your background noise as much as possible. You don't have to install spongy stuff all over the walls. Just turn off the A/C, and try not to record next to the refrigerator. Because of the motor's noise and the noises from your stomach when you think of all the delicious foods so close by.

Wear headphones so you can hear what's being recorded. You'll hate it at first, but you'll know when something goes terribly wrong.

Avoid "peaking" audio. To put it technically, this is what happens when you record at too high a level, and the end result sounds like someone screaming into a phone. This is pretty much unfixable.

Set your equipment to record with the highest-possible file quality. It's easy to reduce size, but hard to increase quality once the damage is done.

Overall, I recommend the buddy system here. You're the expert writer. Find an audio expert. Or at least someone who's expert enough. Record something short and make sure it all works, and then record a book. See if you like it before you buy any equipment for yourself.

It's your first time. Pick something you're comfortable reading. Something short. Or something you've read in front of people before.

Pick something you're comfortable reading very slowly. Because no matter how slow you think you're reading, trust me, you need to slow down.

And pick something with your voice in it.

I made a discovery about myself. When I tried to read this one female character dramatically, I had three modes:

Mode A) Me. Regular.
Mode B) Me. With slight lisp. I guess my mouth somehow got the idea that talking with a lisp equals “woman”. Because I'm a bad stand-up comedian from 1997. And a bad person.
Mode C) Lady character from Monty Python.

None of these are super-pleasant.

It's your first day on the job here. You may or may not want to always write what you know, but on your first go-round, read something written in your voice.

3. Read From A Paper Copy, Pen In Your Hand

You will find awkward stuff or a few typos when you do this. When you read your book out loud, go over every sentence in that kind of detail, you'll find places where you messed up.

Take this opportunity to clean up the text a little bit. Or, if it's already published and printed, to torture yourself.

This happened for me. An entire discussion between characters regarding whether or not skeletons could achieve erections would have been lost in typo purgatory if I hadn't caught all the boners I'd made on the first run-through. 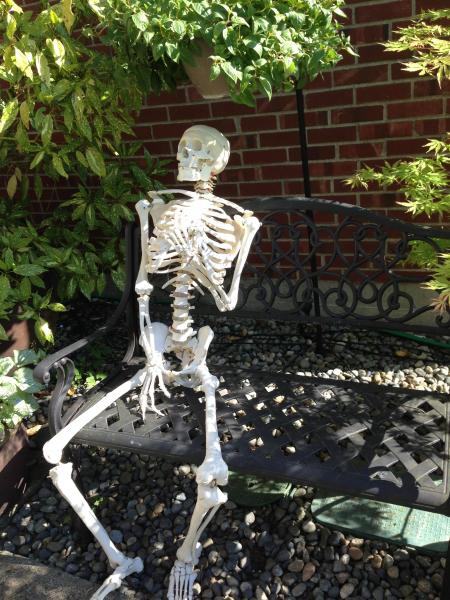 4. Lean Into The Suck

There's going to be an aspect of this you suck at. That's how this kind of thing works. Whether it's you getting lost in your own prose here and there or a cat interrupting you over and over, something is going to happen that makes your audiobook, by industry standards, suck. 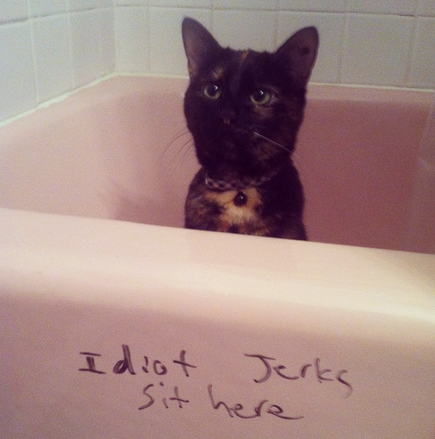 But industry standard isn't what we're really looking for here, is it?

Starlee Kine of Mystery Show has a lisp. And does she read ads for "SquareSpace"? Damn skippy she does.

Adam Carolla can barely read. So for his audiobook, he had a guest come in for a chapter and they TOLD the story, back and forth, instead of reading it from the book.

Don't lower your standards and think, "Well, who cares? It's just a crappy audiobook I made myself." But do recognize charm when it pops up, and leave the door open to that possibility. Turn your suck into an asset. That's the cleanest dirty-sounding sentence of all time.

5. Decide What You're Going To Do With It.

Now what are you going to do with it? Besides blare it from your car stereo because, hey, why not?

Soundcloud? Maybe you want to try and get it up on Spotify? Tumblr and other blogging services are well-equipped to take 10mb chunks, which would be a great way to serialize chapters.

I went with Audiobook Creation Exchange (ACX). It's an Amazon platform, because everything is, and it gets your book on Amazon, iTunes, and Audible in one fell swoop. You need to have an introduction, audiobook section, and end credits, plus a fairly large, perfectly-square image file for your cover art. But other than that, it's pretty easy. It doesn't sound like I'll be making a lot of money from this, but that's pretty much par for the course. My goal was to get it out there in one more format and in as many outlets as possible.

You can also use ACX to find someone to read your book for you. If you're the shy type.

But I'm going to stop promoting this service because the last thing Amazon needs is more promotion.

What I am going to do is tell you that there's really no good reason not to make your own audiobook. I was dumb enough to see someone else do it and pursue it myself. You only have to be as dumb as me!

You forgot that "a decent microphone" means an SM58. It's about the most broadly used and durable dynamic microphone that runs for about $100 or less in the ballpark range. (Actually the USB adapter that comes packaged with it is what drives up the price.) Oh, and it has a built-in pop filter. So, yeah, there's no reason not to start with an SM58. That's what everybody starts with.

An omnidirectional recorder will ruin the recording quality.

Please tell me if I'm being an "audio nerd" and if any of this is going over your head.

Community Manager
helpfulsnowman from Colorado is reading But What If We're Wrong? by Chuck Klosterman August 31, 2015 - 11:17pm

My friend, an SM58 is exactly the microphone I used. Not too nerdy at all, and without getting too product-placement-y, I think it's a great mic that does just about everything, it's sturdy as hell, and for the price, I don't think you'll find anything much better. 100% agree.

I didn't want to write too much about audio setups in the actual column, but if anyone has questions about that or recommendations, I'll keep up with comments, and other audio pros like Michael (thanks, Michael!) should feel free to jump in too.