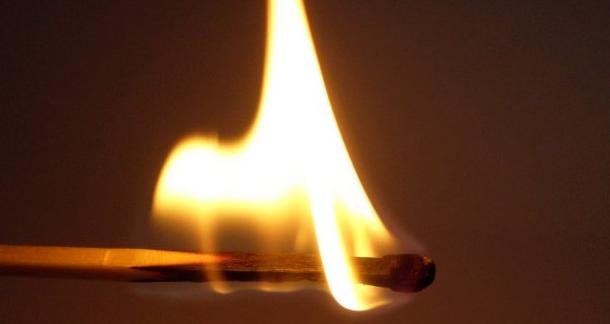 I’ve been noticing a trend in my favorite gothic tales— there are a lot of house fires. Is there an underlying reason for this theme, or do old mansions just make really good tinder for marshmallow roasting?

Gloomy familial abodes have appeared in gothic tales from early on, including The Castle of Otranto, written in 1764 and widely considered to be the first gothic novel. In it, the castle becomes increasingly haunted as the villainous actions of the characters escalate. The crumbling of such an imposing physical structure might symbolize the collapse of a social order or an individual, such as in Poe's Fall of the House of Usher. Because fire is associated with human development and invention, it's also metaphoric of the clash between man and nature. The full title of Mary Shelley's masterpiece, for instance, is actually Frankenstein; Or the Modern Prometheus.

In The Psychoanalysis of Fire, Gaston Bachelard describes this dichotomy quite well:

Among all phenomena, (fire) is really the only one to which there can be so definitely attributed the opposing values of good and evil. It shines in Paradise. It burns in Hell. It is gentleness and torture...It is a pleasure for the good child sitting prudently by the hearth; yet it punishes any disobedience when the child wishes to play too close to its flames. It is well-being and it is respect...It can contradict itself; thus it is one of the principles of universal explanation.

Here are five gothic novels that play with fire. 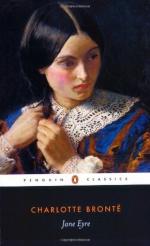 In Jane Eyre, fire is associated with madness, or with emotion left to blaze unchecked— extremely dangerous for a servant in the austere confines of Jane's world. Mr. Rochester's mad wife Bertha lights his bedsheets on fire, and Jane rescues him from being incinerated. Later, when the same wife destroys herself and Thornfield Hall in a fit of insanity, it's Jane once more who seeks out and heals her wounded employer. Fire separates the logical Jane from her dark foil, the classic madwoman in the attic. Seen as temptation driven by passion, Jane's morals spare her from being burned. 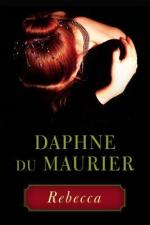 Rebecca shares a number of common themes with Jane Eyre; young servant girl, mysterious first wife, brooding love interest. And of course, a good old-fashioned case of arson. There are a few differences, however. The ancestral mansion is not torched by a lunatic, but by the skull-faced servant and devotee of the previous wife, Mrs. Danvers. It serves as both an act of retribution and the literal destruction of the past. 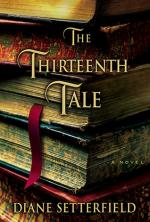 3. 'The Thirteenth Tale' by Diane Setterfield

So many sets of twins. In The Thirteenth Tale, fire again destroys a familial mansion, but this family is twisted and malformed. Without giving too much of the convoluted plot away, it's fire that separates the twins Adeline and Emmeline as they fight in the burning building. One is good-natured, the other seems incapable of normal human empathy. One girl is saved from the blaze while the other perishes, but which one is it? 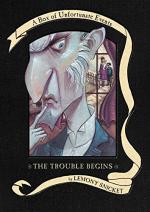 4. 'A Series of Unfortunate Events' by Lemony Snicket

The fire at the Bauderlaire mansion is the first unfortunate event which orphans the main characters and triggers all the rest. It's never clear exactly who set the fire or why (although fingers point to the dastardly Count Olaf), but in this instance, the destruction seems less human and more like a force of nature. As with all the horrors that follow, the Bauderlaire children begin to learn that sometimes bad things happen to good people just because they do. 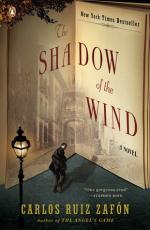 5. 'The Shadow of the Wind' by Carlos Ruiz Zafon

A bit different from the other titles on this list, Shadow of the Wind still has a ruined family mansion, and there are still fires, but the pattern diverges slightly. This plot within a plot centers around a mysterious man who associates himself with the Devil and smells of burnt paper. Seemingly without reason, he has been torching books by an obscure author, and eventually fries an entire publishing warehouse holding the remaining copies.

Of course, fires break out all across literature. Fahrenheit 451 and the “cauterized landscape” of The Road could take up whole articles on their own. Tell us about your favorite literary blaze in the comments.

Keep yourself as well as others protected from such kinds of harmful products. These are explosives and can be done great damage. You need to check essay writing lab and get to learn more new ways about the education. Be aware of it especially keep the little children away from it. Otherwise, the results can be drastic.