Receiving rejection slips is a pretty disheartening process, so being upbeat I thought I’d write an entire column on the matter. But instead of providing tips on how to deal with rejection (spoiler: keep on writing, keep on submitting) I’m highlighting a group of famous bestsellers that were rejected. Then, just because I know it strikes fear into LitReactor’s editorial team when they see titles like ‘and 50 more’ (don’t believe me check out Managing Editor, Joshua Chaplinsky’s comments in episode 23 of the Unprintable Podcast), I’m listing another 50 titles that were rejected. My hope is that you’ll rejoice in the despair of others and find yourselves reignited with hope. That or you’ll become a nihilist, but let’s not even contemplate that scenario… 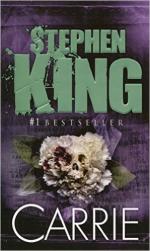 Stephen King’s first published novel, Carrie, hit the shelves on 5 April, 1974, but King’s journey to publication wasn’t as easy as you may have imagined. It was the fourth novel he had written (the first three: Rage, The Long Walk and Blaze) and even King himself rejected Carrie initially. At first Carrie was to be a short story, but after just three pages King threw it into the trash. Luckily, King’s wife Tabitha rescued the story and advised King to expand it into a novel. But that wasn’t the end of King’s misery (get it… I’m sorry, I’ll get my coat) as Carrie was rejected by thirty publishers. Amongst his rejections was the note, “We are not interested in science fiction which deals with negative utopias. They do not sell.” When Doubleday Publishing agreed to publish the hardback, King was overjoyed, using his $2500 advance to move his family out of the trailer they lived in and buy a new car, but the setbacks weren’t over. Carrie only sold 13,000 copies as a hardback and King felt that sales had dried up and the book had run its course. But King was wrong, the paperback rights were soon sold to Signet Books, landing King $200,000. Carrie went on to sell over a million copies in its first year. Today King has sold more than 350 million copies of his books. 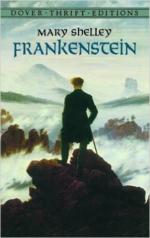 Although Frankenstein by Mary Shelley is now considered a classic in both literature and genre, Shelley’s journey to publication was filled with obstacles. Completed in 1817, many leading publishers were reluctant to take a chance on the twenty-year-old and rejected Frankenstein. Fortunately in March 1818 a small publishers – Lackington, Hughes, Harding, Mayor, & Jones – agreed to publish Shelley’s debut, although part of the terms of publication were that Shelley’s name would not grace the cover. As with King’s Carrie, Frankenstein’s reception was initially underwhelming. Its first print run was limited to just 500 copies of which booksellers only bought twenty-five. It wasn’t until thirteen years later, in 1831, that Shelley began to enjoy commercial success. The 1831 edition is the most widely read version of the book and was heavily edited after pressure to make the story more conservative. Today Frankenstein’s Monster is one of the most iconic figures in horror history, perhaps second only to Dracula. 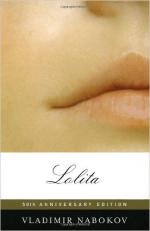 Despite its controversies, Nabokov’s Lolita is widely considered one of the greatest novels of the twentieth century. Since its release in 1955 it has sold over 50 million copies, making it one of the best-selling novels of all time. It was Lolita’s taboo subject matter that made it such a tough sell to potential publishers, worried they might receive legal ramifications and public outrage. Some of the rejection letters Nabokov initially received were especially unforgiving in their criticism. Case in point: “It is overwhelmingly nauseating even to an enlightened Freudian. To the public, it will be revolting. It will not sell, and will do immeasurable harm to a growing reputation… I recommend that it be buried under a stone for a thousand years.” 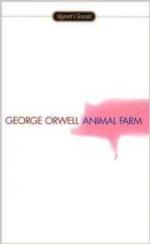 From one best-selling novel to another, let’s turn our attention to George Orwell’s Animal Farm. Such is its popularity it is often taught in English Literature high school classes around the world. Indeed it was a key text when I was studying English Literature at GCSE well over a decade ago. As might have been anticipated the anti-Soviet material proved problematic, several publishers rejected Animal Farm for fear of upsetting relations between Britain, the United States, and the Soviet Union. T.S. Eliot, a director of Faber & Faber, rejected it because of its “Trotskyite politics”. Whilst Eliot applauded its "good writing" and "fundamental integrity" he contended that the Trotskyite viewpoint was unconvincing, suggesting critics might argue, "What was needed.. was not more communism but more public-spirited pigs". Orwell sent the manuscript to André Deutsch, convinced he could persuade Nicholson & Watson – who André was working for – to publish it. Unfortunately Nicholson & Watson lectured Orwell on the perceived errors in the text. Orwell received short-lived joy when Jonathan Cape agreed to publish Animal Farm, although he went on to reject it on the advice of a British Ministry of Information official. Interestingly it was revealed later that the official was a Soviet spy! It was only months after the War that Secker and Warburg agreed to publish Animal Farm. Despite many positive responses, Orwell wasn’t immune to criticism. George Soule – in New Republic magazine – said it “puzzled and saddened me. It seemed on the whole dull. The allegory turned out to be a creaking machine for saying in a clumsy way things that have been said better directly.” 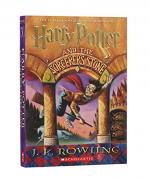 'Harry Potter and the Philosopher’s Stone' by J. K. Rowling

J. K. Rowling’s debut novel has sold over 107 million copies to date, but success didn’t always appear likely. After 12 publishing rejections, it was only when Alice Newton, the eight-year-old daughter of Bloomsbury founder, Nigel Newton, demanded to read the rest of the book that Bloomsbury agreed to publish Harry Potter and the Philosopher’s Stone. Unfortunately, the publishers were concerned that Rowling’s tome was a ‘boy’s book’ and persuaded her to adopt the nom de plume J. K. Rowling rather than Joanne Rowling, as per her original submission. Rowling was also advised to get a day job rather than rely on writing as a career, and given just £2,500 as an advance. We all know what happened next, the Harry Potter series has sold 450 million books, had some of the highest grossing films of all-time and has a huge following worldwide. For a ‘boy’s book’ it sure is universally enjoyed by people of all ages, genders, social classes and cultures.

Now it’s over to you. How many rejection letters have you received before publication? What’s the most brutal rejection you’ve received? How do you cope with rejection? Let’s get a conversation going in the comments section.

Five of the Best Books I Ever Reread
What Scares You? 30 Terrifying Horror Stories Straight Out Of Your Worst Nightmares