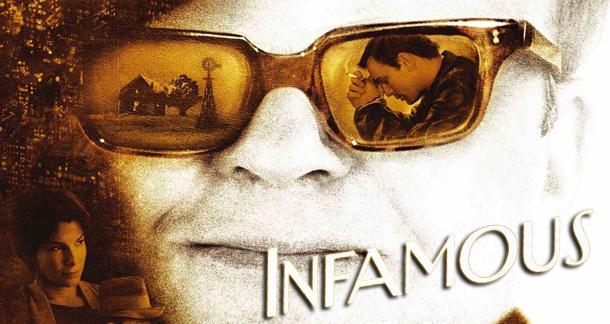 As literary types are all too fond of pointing out, writing and literature has been on something of a downslide in terms of the public eye lately. With the rise of mediums like film, television, and the plethora of content available for free at the click of a button on the Internet, the concept of slogging through a 200+ page novel doesn’t hold as much appeal as it used to.

By that same token, writers and authors tend to occupy less and less of the “celebrity space” that they used to, but now and again, a purveyor of words lands on the front pages and then invades the public consciousness. Sadly, this is often for reasons wholly unrelated to their work, but as P.T. Barnum once said, there’s no such thing as bad publicity. What follows is a short list of authors, journalists, and other scribes who have made headlines or otherwise entered the cultural lexicon for reasons unrelated to the quality of their work. 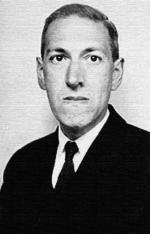 The godfather of modern pulp sci-fi and horror, Lovecraft is most well-known for his short story, "The Call of Chthulu." An entire generation’s obsession with this bone-chilling tale of alien elder gods lurking beneath the ocean’s surface has resulted in a huge catalog Chthulu-mythos related art (including not one, but two Metallica songs).

However, despite his talent, Lovecraft is often remembered for his less-commendable qualities…like being very, very, very racist, even for his time. Lovecraft reportedly viewed himself as innately privileged by way of his Anglo-Saxon ancestry, and possessed xenophobic and racist views that made others within his circle of personal and professional friends cringe. As his wife, Sonia Greene, recalled:

Whenever we found ourselves in the racially mixed crowds which characterize New York, Howard would become livid with rage…he seemed almost to lose his mind.

Lovecraft’s work contains many passing references to “negroes” and “half-castes”, but two works in particular highlight his attitudes with sickening clarity: a poem entitled “On the Creation of Niggers,” and a short story, “The Horror at Red Hook”. The latter was inspired by Lovecraft’s own disgust with New York and its many immigrant populations--likely galvanized by his own professional failings there—and supposes that an occult underground comprised mostly of dark-skinned and foreign individuals exists within the Brooklyn neighborhood. In a letter to fellow horror writer Clark Ashton Smith, Lovecraft expounded further on the story’s subject matter:

The idea that black magic exists in secret today…is one that I have used and shall use again…you will see what use I make of the idea in connection with the gangs of young loafers and herds of evil-looking foreigners that one sees everywhere in New York. 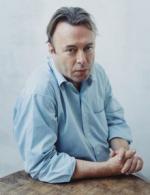 The late Christopher Hitchens was never one to hold back his opinions, but in the 90s and 2000s especially, he seemed to go on quite the roll of pissing people off. After releasing his memoir god Is Not Great, Hitchens became the go-to interview subject for any reporter wanting to stir the pot of religious controversy.

One of Hitchens' more notable TV appearances came in 2007, after the death of Reverend Jerry Falwell. The author was invited by unsuspecting blowhards Sean Hannity and Alan Combes to be a guest for a roundtable discussion, along with GOP strategist Ralph Reed, all of whom clearly intended to set him up as a sort of atheist punching bag. Hitchens, however, was having none of it, and proceeded to make the Fox News “reporters” look like fools as they unsuccessfully tried to shame him into apologizing for his “insensitive” column covering Falwell’s death. A notable chunk of savagery from this exchange:

...you can’t have me on and then say that I have to say I’m terribly sorry he’s dead. One reason you can’t ask me to do that is because I am not. I think we have been rid of an extremely dangerous demagogue who lived by hatred of others and prejudice and who committed treason by saying the United States deserved the attack upon it and its civil society on September of 2001 by other religious nutcases like himself.

The full video can be found here. Hitchens’ biting commentary was soon cut short in favor of slobbering adulation from Reed. By the end of the interview, Hitchens threw up his hands and decided give just as good as he got from Hannity, shouting over Ralph Reed's closing words, “Tell it to Jack Abramoff, tell it to Jack Abramoff!” (referring to Reed's ties to the disgraced lobbyist). Just before the control room could cut to commercial, the author fired off one last barb: “If you gave Falwell an enema he could be buried in a matchbox!” 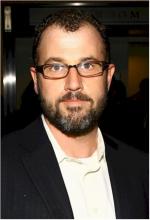 Who could forget James Frey? In 2006, Frey got a lot of press after his memoir, A Million Little Pieces, was selected by Oprah’s Book Club. The book was a heartbreaking portrait of a man falling apart, and generated rave reviews and commercial success until thesmokinggun.com published an exposé that revealed Frey had exaggerated and fabricated huge chunks of the story. Frey appeared on Oprah a second time and apologized to her and the fans he had duped.

It sounds like Frey’s story ends there, but the disgraced author continued to write and eventually embraced a school of creation similar to that employed by Jeff Koons and Andy Warhol with his publishing company, Full Fathom Five. There’s a full New York Magazine article here, but basically, Frey has been accused of preying on MFA students and exploiting them in order to churn out subpar, commercially viable books. In particular, a series of novels known as the Lorien Legacies series was allegedly wrestled away from Frey's "collaborator" Jobie Hughes by way of unfair and misleading contracts. Reportedly, Frey's standard agreement only allows for a maximum advance of $250.

Back in his salad days on Oprah, Frey displayed a tattoo on his arm that consisted of the initials FTBSITTTD, which stand for "Fuck the bullshit, it's time to throw down." In a way, when one looks at the trajectory of his career, it seems as though Frey did exactly that. 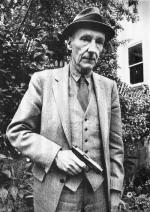 The grandfather of the beats, Burroughs is most famous for the impenetrably avant-garde Naked Lunch, a book that raised plenty of eyebrows when released to a befuddled public back in 1959. The novel’s loose, non-linear narrative is largely concerned with protagonist William Lee’s international travels and drug binges, a bulk of which was culled from Burroughs’ own experiences.

While the author's habits would have remarkably few negative effects on his physical health (he died in 1997 at 83), the excessive lifestyle of the beats would have lifelong consequences for Burroughs. In 1951, while attending a raucous party above the Bounty Bar in Mexico City, Burroughs accidentally shot and killed his common-law wife Joan Volmer. Drunk out of their minds, Burroughs and Volmer were engaged in a game of “William Tell” when Burroughs’ shot went wild, killing Volmer instantly.

Burroughs escaped from the incident with a two-year suspended sentence for culpable homicide, but the event haunted him for the rest of his days, and (many biographers argue) was the catalyst that spurred him towards writing professionally. Though he had been working on various projects before Volmer’s death, the author later confessed that the shooting was a pivotal point in his personal life and creative career, saying:

I am forced to the appalling conclusion that I would never have become a writer but for Joan’s death, and to a realization of the extent to which the event has motivated and formulated my writing. I live with the constant threat of possession, and a constant need to escape from possession, from control. So the death of Joan brought me in contact with the invader, the Ugly Spirit, and maneuvered me into a life long struggle, in which I have had no choice except to write my way out. 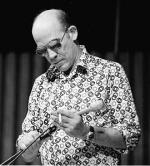 No list about infamy would be complete without Hunter S. Thompson, an author whose own public image eventually eclipsed his work almost entirely. Beginning as a somewhat conventional journalist, Thompson wrote the riveting investigation Hell’s Angels in 1968. Among the book's marketing materials, much was made of an encounter between Thompson and Angel Skip Workman on a television program. In this segment, Thompson looks positively buttoned-up and conservative, especially when placed next to the outlaw biker, but in just a few years, all that would change.

1970 marked the year when Thompson began his full-fledged descent into Gonzo, when he both ran for Sheriff of Pitkin County, Colorado on the “Freak Power” ticket, and penned the article “The Kentucky Derby is Decadent and Depraved” for Scanlan’s Monthly. This piece of writing was Thompson’s first foray into what would define the bulk of his work: a half-crazed, first-person narrative straddling the line between fantasy and reality, and one in which the journalist became the central figure of the story.

Thompson often referred to this altered, semi-fictional version of himself as Raoul Duke in print, but as he grew older, the line between Thompson and Duke would become blurred. The author’s obsession with mind-altering substances and firearms became so legendary that he quite literally became a cartoon character, immortalized as Uncle Duke in Gary Trudeau’s comic strip Doonesbury.

In 2005, at age 67, Thompson committed suicide by way of a gunshot to the head. Rolling Stone, one of the many publications that helped launch Thompson’s career, later published what was apparently his last piece of writing:

If there's any moral to take away from all of this, it's that behaving like a nutcase or making your undesirable qualities excruciatingly public will make you into a more commercially, if not critically successful writer. Just kidding. Writers write, and just like any other type of entertainer, their lives often become an alternative or supplemental source of entertainment to their body of work. What other "infamous" writers would you add to this list?

Also, if you're hankering for more writerly eccentricities, head on over to Josh's Cavalcade of Literary Jerks, and read about wife-stabbings and twitter-baiting to your heart's content!

A Writer's Gratitude List: 12 Things to be Thankful For

The 7 People You Meet in Workshop Hell

I would add Truman Capote to the list, for the historical discrepancies found in his book In Cold Blood.

Hitch is a saint for calling out right-wing hypocrites.

Stephen TheBoyW... from The middle of the Mojave Desert is reading The Goodlife by Keith Scribner December 18, 2012 - 8:06am

Two suggestions: Althusser strangled his wife in the midst of some sort of bout of mental illness. Arthur Koestler was also discovered to be a serial rapist after his death, and convinced his perfectly healthy wife to commit suicide with him after his terminal cancer had reached a point where he decided he wanted to kill himself.