5 Essential Character Traits For Ourselves, Not Our Creations 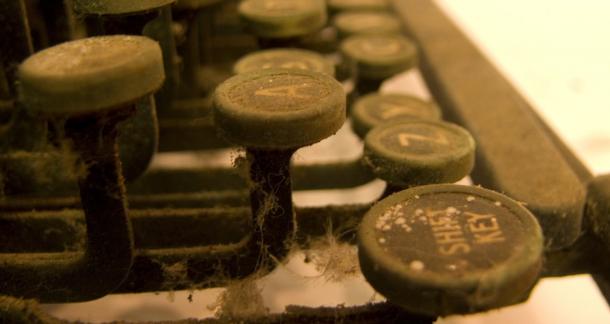 Writers often talk about the traits we want our characters to have and how to bring them out, but not enough about the traits we ourselves should have in order to be successful wordsmiths. The writing process isn’t much nicer than the hell we put our characters through, and since there’s no rhetorical merit to any of us crumbling after a valiant but ultimately tragic effort, it’s important to develop the kind of personal character that’ll help us get through everything the writing life throws our way.

I’ve compiled these based on my own experience—what’s helped me perform at my best as a writer—and also what I see in others who’ve found success. Like everything with writing, this is idiosyncratic, but I’ll bet we can all find some common ground with these five traits.

It’s no secret that writing comes with hurdles like rejection, poor reviews, and self-doubt, and that one needs to get through all that. But there’s more.

Imagine working on a project for months, or years, feeling pretty good about how it’s going as you hit your word count every week—and then all of a sudden growing to hate it. That’s the real hurdle, having 70,000 words down that you remember liking and now can’t stand the thought of.

Moments like this require a deeper and more long-term dedication than letting a rejection roll off your back, though that's important too. They require knowing you’ll realize once more why that project was great, that you’ll find an audience for it, and even if you don’t that you’ll be proud of that work when you look back on it years later.

People with real tenacity get to the end, and almost always come back to appreciating their work. People without it have a half-dozen unfinished books in their Dropbox folder.

2. Be A Routine Defender

Comparing your work to current award winners or bestsellers is intrinsically flawed if you want to write the best stories possible.

Writing every day is impossible, but trying to write every day is important. If you make the effort, then it’ll often pay off and you’ll develop momentum. This might seem easy, or at least not complicated, when it comes to carving time into your schedule, but setting a schedule is just the beginning of a writer’s routine because sticking to it is the tough part.

Sometimes you’ll have a cold. Sometimes you’ll be tired because your cat kept clawing at you around 3am or so. Sometimes you’ll be worried about a ton of other things in life like the mortgage, or credit cards, or a friend's troubles. None of that can stop you from getting the writing time in, the time you’ve set out for yourself. It’s important to relish the routine, and also to protect it, to recognize that it’s what keeps the words and pages coming. If you’re not a routine-based person, and you’re looking for a way to improve your writing output and quality, then you might want to consider nurturing that part of yourself, and making it a priority.

3. Focus On Your Own Work

Hemingway said that true nobility isn’t being superior to your fellow man, but being superior to your former self. This certainly applies to writing and the proper approach to the craft. Writing is not a zero-sum game, there are not a set number of books that get published each year over which we wordsmiths scrap. There are lots of outlets, new ones pop up all the time, and a lot of publishers make room for the books they like.

Additionally, awards cannot be seen as a metric for success, or a reward for the objectively best books that get published—judges are subjective and flawed just like the rest of us. Want an example: read up on the 1994 Booker Prize that was awarded to James Kellman. Whatever you think about the books involved, it’s easy to see that award committees aren’t any guarantee that the best books receive just praise.

Sales, similarly, aren’t a measure of real greatness. Just like no one can predict which tweet will go viral, no one knows which books will fly off the shelves, and any perusal of bestsellers from the past will turn up a bunch of books that are well out of print. Ever heard of The Mine With The Iron Door? Probably not, and it’s currently tough to come by, but in 1923 it was a bestseller, and its author, Harold Bell Wright, was one of the richest writers alive.

The point is that comparing your work to current award winners or bestsellers is intrinsically flawed if you want to write the best stories possible. Focus on yourself and doing better than you did the last time—that’s all you can control, and all that matters.

I remember one time, before I’d had much work published, talking to another aspiring writer who kept telling me that his writing professor at Columbia thought his stories needed to be more this, and an agent thought they needed to be more that. I don’t remember the specifics, only that this person humble bragged for a long time about his own work being in front of some very prestigious eyes. Like, two drinks worth of a long time. Then he asked me how I felt about my own work and I said, “It’s good.” That was it. And that was true. I thought my writing was good and was happy to leave it there without indulging in either crushing self-doubt or unbearable pretension, both of which this person somehow managed to do at the same time.

I did not keep in touch with him. Maybe he found great success. I wish him well, wherever he is.

But as for me, thinking well enough of my own work to call it “good” has taken me pretty far. I like that word, “good.” Not great, not mesmerizing, not flawless. Good. The word leaves room for improvement and growth, which all writers at all stages of their careers need to embrace, but also reflects that I find my own efforts worthwhile.

That feeling comes through in query letters, in readings, in interviews. It’s that golden mean between diffidence and arrogance. Give yourself the license to think your work is good, and don’t forget the future growth it implies.

Wonderful as writers groups and MFA programs are, both are temporary. Writers groups almost inevitably break up as life goes on (my own slowly fell apart as we had children and moved away, though all of us remain good friends), and the structure of an MFA program disappears once you graduate. The only stable thing to lend structure to your writing life is yourself.

If you can’t depend on yourself, you won’t get the work done. Your spouse may encourage you, your friends may push you, your family may fawn over everything you do—but none of them can do the work. Only you sit down and put your fingers on the keys.

Take a few moments and think about whether you have these traits or, more likely, to what extent. Think about how you can cultivate the ones you feel aren’t the most natural to you (personally, keeping a focus on my own work is a constant struggle—I often repeat that Hemingway quote to myself), and how you can maintain the ones you feel are strong. Between jobs and kids and the other vicissitudes of life, things change all the time, but if you cultivate the right character traits your writing can survive it all, and thrive.

5 Silver Linings of Having A Day Job