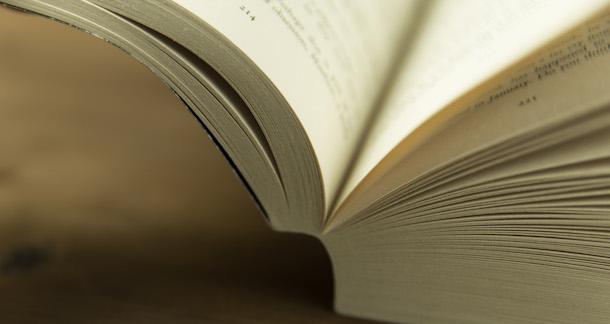 By the time your book reaches the final stage of editing, you've read each sentence what feels like a million times. And yet, insidious errors lurk within the pages of this perfect manuscript that you, the author, simply cannot see.

That's where proofreaders (also known as copyeditors) come in. A good copyeditor is not just someone who has mastered every comma rule in the English language (no small feat); a good copyeditor is someone who will find errors that twenty beta readers manage to miss but anyone who paid actual money for your book, somehow, will not.

I'm a freelance editor, and my debut novel, Hot Season, comes out later this year from Harvard Square Editions, so I've experienced this process, as Joni Mitchell might say, from both sides now. Here are a few things that few authors realize (and few copyeditors are willing to admit).

You'd think that because a manuscript has already gone through a line edit, one round of proofreading would be enough to catch any lingering errors. But this is seldom the case...

1. Every Book Goes to Print with Errors

Don't think this is true? Check out those old periodicals dedicated to book collectors; they always listed the typos in each first edition. These errors, once they were pointed out by readers, were eradicated by the next edition.

Those typos were, in fact, used by collectors as a way to authenticate first editions: e.g., if someone claimed this book was a first-edition Phillip Roth, but it lacked a typo on a certain page, that person was lying to you.

Finding errors in your first print run isn't the end of the world. In fact, it's par for the course, even if your book has benefited from many rounds of editing.

2. One Round Is Never Enough

You'd think that because a manuscript has already gone through a line edit, one round of proofreading would be enough to catch any lingering errors. But this is seldom the case, because proofreading requires such a different focus—sometimes, you have to completely tune out the content of a sentence to see the grammatical structure beneath it.

That kind of close focus can be difficult to maintain, which is why proofreaders often only work on the same project for a few hours at a time; it's a lot easier to miss two thes in a row when you're caught up in the story.

Of course, two rounds of proofreading is better than one, but few can afford such luxuries these days (even the big publishing houses).

3. You Are Your Book's Last Line of Defense

Remember what I said about you, the author, not being able to see all those errors? That may be true, but you're also the person who's most invested in this book.

Print it out. Read each page twice on paper and once on the screen, at 200%. I had two proofreaders on Hot Season. The first found around ten actual errors (as opposed to style decisions she questioned). The second proofreader found another ten. Guess how many I found, after all that, using the method described above?

4. Even So, You'll Still Find Typos

Remember that painstaking, three-part proofreading process I just described? After all that, believe it or not, I still found an error in my manuscript—when I printed out a section of it for a reading.

Luckily, I'll still be able to correct that error before the book goes to press. But even so, I'll expect to have at least one reader point out some misspelled, dropped, or extra word haunting my manuscript.

Perfection in a book, grammatically speaking, is like the speed of light; the closer you come to reaching it, the harder it is to attain.

5. The First Fifty Pages Matter Most

Finding a typo in a published book is not a great thing, but finding one in the first fifty pages will almost always strike your reader as worse.

Whatever the reason, make no mistake: readers will judge you more harshly for typos that appear in the first fifty pages of your book than those that appear later on, so proof these pages obsessively (and ask any literate person you know who might be willing to do the same).

I tell you all this not to make you anxious but to encourage you, dear author, to relax. Yes, it's difficult to eliminate every typo; the struggle is real. But while we all must fight this age-old battle, it's one that we'll never quite win.

Just make sure you work with a good proofreader, give your first fifty pages to as many beta readers as you can find, and proof your own manuscript like you mean it.

Typos aren't the end of the world, but you do want to go to print with as few as possible.

That way, your online reviewers will have better things to talk about.

In fact a room mate of mind helped me fill aplot hole with a subplot I had not considered before. She is now my cowriter on Amazon.

If you can, please thank Katie on tumblr if you enjoyed it.