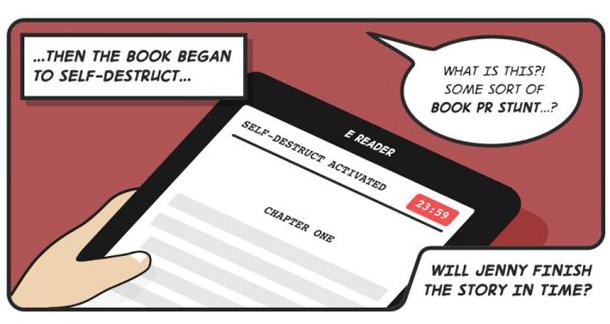 So you’ve just published your next book and you’re thinking of the best way to promote it. What about… book review blogs?

If you want to really think outside of the box, take a leaf from these authors’ books (or not). They went wild with their promotions, which range from paid actresses to glasses of Chianti. We’ve got all the details for you in this post. So let’s take a walk on the weird side of book marketing together. 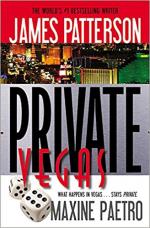 Imagine being selected as one of the 1,000 people to get an advance copy of your favorite author’s new book. You’re over the moon as you prepare to settle into the nearest armchair and read it. It’s only then that you learn that you have 24 hours to finish, at which time the book explodes in front of your very eyes — even if you were (gasp) in the middle of a sentence.

Okay, so reality is a little less dystopian than that: James Patterson’s novel Private Vegas didn’t exactly detonate. That would be a fire hazard even book publicists wouldn’t be able to overlook. But it did self-destruct on readers’ eReaders in one of the most stressful book stunts ever, as readers literally raced against time to reach the end of Private Vegas before their 24 hours were up.

For a while afterward, James Patterson went around telling everyone about the “world’s first self-destructing book.” For the sake of readers’ nerves everywhere around the world, let’s hope that it’s the last.

Did you know? This stunt came with a clock at the top of the eReader’s screen that counted down to zero, so that readers knew how much time they had left. 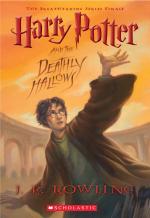 No, everyone’s favorite boy wizard didn’t wave a wand and make everyone’s copy of the seventh Harry Potter book disappear. (I imagine that there would be a lot of angry lawsuits if that were to happen: unlike the wizarding world, suing is definitely a thing among Muggles).

However, Scholastic did plan an elaborate publicity campaign for the release of the much-anticipated Harry Potter and the Deathly Hallows: they sent a Knight Bus across the United States on a magical tour. This bright purple three-decker bus started off from New York on June 1, visited 37 libraries in seven weeks, and returned to New York just in time for the publication of Deathly Hallows.

That, on top of the midnight book parties that millions of bookshops held across the country, helped propel Harry to the top of the charts and sell a history-making 8.3 million copies in the first 24 hours. If Rowling ever publishes an eighth Harry Potter book, I recommend that her publicists look into the PR potential of Harry’s Monster Book of Monsters — which has a toothy tendency to try and bite off intrepid readers’ fingers.

Did you know? You can actually step into this Knight Bus and experience what it would be like to ride it. Along with beds for passengers to catch a bit of shuteye, there was an upper deck and a camera that people could use to record their thoughts about Harry Potter. 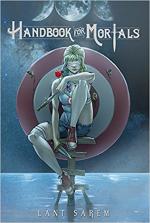 Buy Your Own Books

Granted, Lani Sarem probably didn’t want this stunt to go public. But “go public” it did in a rather stunning fashion.

Here’s what went down: on August 24, 2017, a YA writer and publisher, Phil Stamper, noticed that a novel had suspiciously hit #1 on the New York Time’s Bestsellers list with very little fanfare or promotion. (At the time, Handbook for Mortals had 9 Goodreads reviews, some of which were duplicates). As if that wasn’t enough to set the alarm bells ringing, Stamper remarked that the book was completely out of stock on Amazon and in physical bookstores in the tri-state. Very odd.

After some thorough investigation by multiple parties, it turned out that somebody was calling up bookstores, asking if they were NYT reporting, and then bulk-buying Handbook for Mortals. Not illegal — but not a great way to enter the public consciousness, either. The goal was to push Handbook to #1 on the charts so that it could claim #1 bestseller status and then be turned into a film. Ironically, the author might still get what she wanted: the whole debacle is so absurd that a film might be made about it.

Did you know? If you’re curious about Handbook’s fate, it was taken off the New York Times Bestsellers list (after a bonafide apology from the NYT) and has 1.8 stars on Goodreads today. 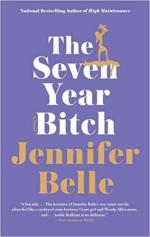 Hire Actors to Read in Public

Let’s say that you’re in New York City and you’re just getting off work. You’re getting on a busy subway and grimly readying yourself for the long commute back home — when the 30-year old woman opposite you suddenly breaks out into raucous laughter.

Here’s the clincher: she’s laughing because of a book that she’s been reading. Intrigued?

If so, this author’s publicity stunt would have worked on you. After previously receiving disappointing publicity advice from her publisher, Jennifer Belle didn’t wait seven years to see if her new book, The Seven-Year Bitch, would sell. Instead, she took matters into her own hands. She decided to pay actresses $8 an hour to read her book on subways and at major New York City landmarks — and laugh hysterically the whole time.

Approximately 600 actresses between the ages of 25-75 applied for the job. (Fun fact: their cover letters described their laughs). Belle selected 150 of them and then sent them out into the city to do what they’d shown they could do best: laugh. The rest, as they say, is history. New York Times picked up the story about the stunt — as did radio shows and author blogs everywhere. Belle discontinued the stunt shortly thereafter. The job was done: The Seven-Year Bitch had brought a few memorable days of laughter into the city.

Did you know? It was an article about professional funeral wailers in China that inspired Jennifer Belle to carry out this stunt in the first place. In Asia, it’s sometimes a practice to hire people to sit at funerals and sob. The harder people cried, the better! 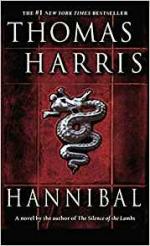 If Dr. Hannibal Lecter ever became a restaurateur, his five-star restaurant would probably be called Human Flesh — which is about as subtle as his own name. Still, even that wouldn’t have put off the hordes of his fans when Hannibal, the long-awaited sequel to Silence of the Lambs, was released in 1999. To put the excitement in context, it had already garnered 60,000 pre-orders by the time of its publication, which was a record at the time.

Bookstores weren’t about to miss out on this craze. Murder One, one of the biggest specialist crime bookstores in London, served up fava beans and a glass of Chianti to the first 60 customers through the door — a shout-out to Hannibal’s favorite non-cannibalistic meal.

Over at Euston, one of London’s busy tube stations, “FBI agents” (who were really actors hired by Heinemann, Hannibal’s UK publisher) gave bacon sandwiches out to commuters. We can all be grateful that they didn’t go the whole nine yards and hand out human brains.

Did you know? The NBC show Hannibal had to hire a food stylist to create food that looked like human body parts. Among other odd things, Janice Poon, the lucky Toronto-based food designer, used pig lungs, lamb’s tongues, black chicken, and loads of blood. You can see her grisly creations at her blog, Feeding Hannibal.

I'm a little late to the game here, Emmanuel, but cool piece. Any fan of crazy book sh*t is a potential friend of mine.

A few outside-the-box book marketing tactics I plan to try soon include: 1) posting a picture of a page in my book featuring a coffee stain that looks like Jesus; 2) murdering a reality TV star during my next launch to help get my name out there; 3) videobombing breaking news with my book in hand. (Note: 2 & 3 could easily be combined for a nice one-two punch.)

Thanks again for the intriguing read.