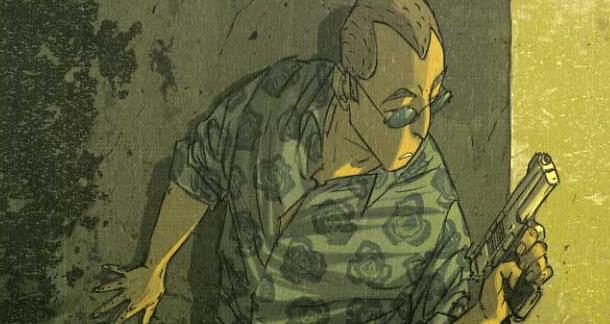 Crime writing and comic books have a long history together. Most crime fiction fans know that Sin City, A History of Violence and Road to Perdition all started as comic books before they hit the big screen. Ian Rankin has even written a graphic novel. The sheer breadth and depth of the comic book universe can be daunting, but hidden among the vast catalogue of superheroes and aliens are well-written stories about everyday criminals. I canvassed some comic experts and dug into my own collection to create a short-list of titles that every crime writer should check out. You won't find any capes or spandex tights in the suggestions below, only hardened thugs, femme fatales and amoral killers. 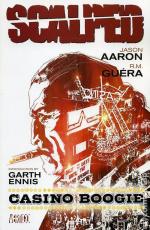 Chief Lincoln Red Crow of South Dakota’s Prairie Rose Indian Reservation plans to open a new casino. Dashiell Bad Horse is a ruthless guy with an anger-management problem who has returned home to his reserve after fifteen years in exile. He accepts a job as an enforcer for the chief with a position on the Tribal Police Force. The plot twist is that Bad Horse is actually an undercover FBI agent seeking to bring Red Crow to justice for murders committed in the 1970s. Jason Aaron’s sixty issue series spins a gripping narrative while taking a gritty look at organized crime on reserves and the social issues that plague aboriginal communities. His other series, Southern Bastards (Image Comics), was a close runner-up on this list. With a unique setting, diverse characters, interesting subplots and a heaping scoop of sex, drugs and violence, it's easy to see why this title comes highly recommended. WGN America recently finished casting its pilot for a television series adaptation of Scalped. This could be the first network series with a majority Native cast. Check out these comics before they hit the small screen. 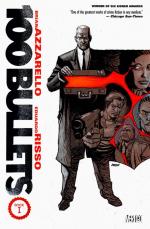 Imagine your whole life is a disaster as a result of the intentional actions of another person. While you're lingering at rock bottom, a mysterious man named Agent Graves approaches you with a briefcase containing a gun, a hundred rounds of untraceable ammunition, and a detailed dossier on the person responsible for your downfall. Would you take his offer and seek your own revenge? This is the opening premise of 100 Bullets. Over the course of its ten-year run from 1999 to 2009, the series spirals outward into a complex global conspiracy spanning a hundred issues. Written by Brian Azzarello (Hellblazer, Loveless) and illustrated by Eduardo Risso, this series captured two of the comic world's biggest awards — The Eisner and the Harvey. There are thirteen trade paperbacks collecting the hundred issues into manageable chunks. Every comic expert I spoke to recommended this series. Every. Single. One. Check it out before Tom Hardy’s recently announced film adaptation gets rolling. 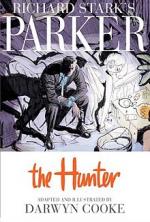 Last year, the comics industry lost an incredible writer and artist, Darwyn Cooke, to cancer. His graphic novel adaptation of Donald Westlake’s 1962 crime novel, The Hunter is one of my favourite crime comics. The successful original novel was the basis for three major films — Point Blank, Payback and Full Contact — and the cold-hearted protagonist, Parker, appeared in 28 novels over the years. Westlake loved the comic adaptation so much that he gave it his blessing and Cooke went on to adapt three more of the Parker books. In the story, Parker is betrayed by his lover, double-crossed by his partner and left to die. Somehow cheating death, he returns to the criminal underworld with the singular purpose of getting revenge on the two people who screwed him over. Cooke’s artwork is spot-on and the story kicks ass. If you like this, check out his other Westlake adaptations The Outfit (2010), The Score (2012) and Slayground (2013). 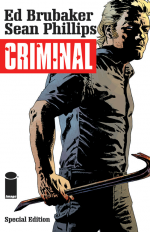 When comic book genius Warren Ellis publicly describes a comic book as ‘really fucking good,’ you stand up and take notice. Ed Brubaker’s ongoing crime series is a collection of noir crime tales that revolve around the same location, the fictional Centre City, with overlapping story elements. You can follow Leo the petty thief as he gets in over his head during a planned armoured car robbery. Or accompany AWOL soldier Tracey when he goes undercover in a street gang to find his brother's killer. The writing is realistic, the dialogue is gritty and the Sean Phillips' pencils are solid. There are seven self-contained stories over 26 issues, but the collected trade editions break the series down into separate narrative arcs, so you can purchase one story without having to buy the whole series. However, the writing and artwork is consistently first-rate, so if you like one of these trades, you’ll undoubtedly like them all. Also, if you enjoy your crime fiction with a supernatural twist, I highly recommend picking up the Fatale series from this duo. 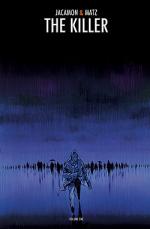 This may be the most gorgeous crime comic in my collection. In Le Tueur, artist Luc Jacamon & writer Alexis Nolent (who uses the pen-name Matz) have created an unnamed assassin who is at the top of his professional game, but increasingly mentally unstable. Originally published in French, this Eisner Award nominated limited series is a captivating character study with tons of action and tension, not to mention beautiful to look at. There has been talk of David Fincher making this limited series into a film since 2008, but nothing has yet materialized.

Big shout-outs to my friends at the best comic shop in the world, Strange Adventures, for their advice and help in compiling this list. I'm a comic nerd, but they are true experts. I only wish I could have written about all the crime titles they suggested.