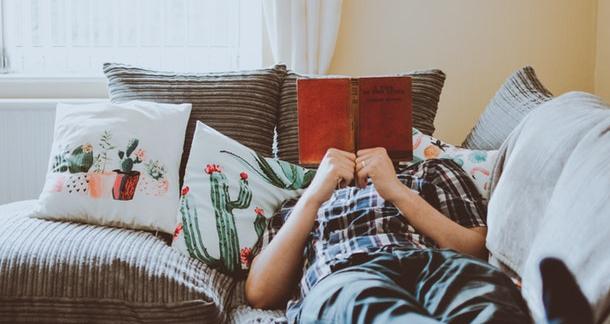 One of my favorite types of library service to offer is bibliotherapy. Yes, that’s a real thing. And it’s exactly what it sounds like—a reading list to help you process trauma, grief, and other difficult emotions when your world has turned upside down. And since our whole world is upside down right now, it seems imperative to me that the prescription would be for the big picture books, characters against the circumstances of the world, good people fighting the good fight.

Here are five books that will remind you of the world’s resilience. (And yes, they are all linked to my local bookshop’s online platform because buy local y’all, especially now.) 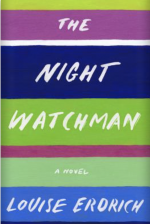 1. "The Night Watchman" by Louise Erdrich

The Night Watchman is a work of historical fiction loosely based around a real event in American indigenous history—the passage of House Concurrent Resolution 108, which would have resulted in complete termination of native tribes—and the story of Erdrich’s own grandfather who fought against the resolution as a tribal chairman while working as a night watchman at a local factory.

While the plot deals mostly in the months leading up to the passage of the resolution, the story itself is large and reverberating. The fights being fought are not new; the history is circular. Erdrich herself talks about how the book was written in a state of “heavy emotion” as she considered the grief and the toll of these fights for the right to exist. So why am I recommending this one? Because the book is an homage to resilience, a boxing match with fate. Erdrich says it best in her final lines of acknowledgement:

If you should ever doubt that a series of dry words in a government document can shatter spirits and demolish lives, let this book erase that doubt. Conversely, if you should be of the conviction that we are powerless to change those dry words, let this book give you heart. 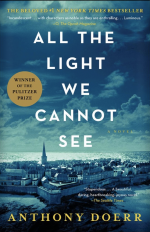 2. "All the Light We Cannot See" by Anthony Doerr

Another work of historical fiction, this book follows characters on two different sides of a very difficult war. Marie-Laure is a blind French girl who is forced to flee Paris and hide with her father in Saint Malo, France. Werner Pfennig is a German orphan who is swept into the ranks of the Hitler Youth despite his misgivings. The book follows both of their reluctant journeys, connected by the airwaves of a simple radio, until they collide in Saint Malo during an air raid.

Another heavy lift, I know. Here’s why I recommend it right now: There is so much beauty in this book amidst so much turmoil. When we think of times of war, it’s easy to go first to the bombs, the fighting, the deaths. But it’s important to remember too that people are living their lives through times of war. Not everything simply stops because one country declares war on another. People still need to eat, to find entertainment, to live despite the hardship. The war is very lightly drawn in this book. It is nothing more than a vague backdrop. The story itself is with the people who are thrust into a situation they cannot control and still choose the good again and again. 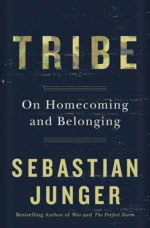 3. "Tribe: On Homecoming and Belonging" by Sebastian Junger

If you’ve ever worried about the world’s ability to band together in times of strike, let this book cast aside those worries. Junger’s book, a work of non-fiction, looks at various anecdotes, examples, and research from communities in times of war, famine, disaster. And yes, I’ll be the first to say that the book is very male-centric, but I personally don’t care—it didn’t ruin my reading of it as a woman, but to each their own.

Inspired by his time as a soldier deployed to the front lines, he details how unimaginable destruction can often lead to a rebirth and strengthening of communities. The impulse to help others no matter the cost, the ability to see ourselves as smaller parts of a larger whole—all of this is made more possible when we struggle together, rather than alone. Otherwise, we’re all “just dead inside.” Just trust me—you’ll feel better after reading it. 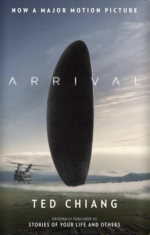 Okay, one hundred percent honesty: I saw the movie first, loved it, then read the story because the movie had ripped a big wide happy hole in my own stone-cold heart and I wanted to see how it held up on paper.

Y’all, it holds up and then some. It’s a massively large idea of a story and this dude managed to squeak it down to short story size somehow. He is clearly a wizard. I don’t know how Chiang does it—he can conjure the entire history of the world, a marriage, and theory of language in about thirty or so pages. It’s incredible. Read it just for the technicality of it. But the good news is that the rest of the stories in the collection have the same ability to carry the same weight. And if you like this one, consider his newest collection, Exhalations, which I haven’t had a chance to read yet, but have been assured is just as good, if not better.

5. "Flowers for Sarajevo" by John McCutcheon

Yes, this one is a picturebook for children. I’m a children’s librarian, what do you expect? Here’s the thing about picturebooks: they are written for children, which means they have a way of speaking to the inner child, the core you. So when you find one that speaks to you when you need it most, oh honey, it speaks.

This book speaks. Flowers for Sarajevo is a recounting of an event in a Sarajevo market during the Bosnian War. The main character (Drasko) and his father run a local flower shop. But when the bombs come and shut the entire market down, the community is tossed into fear and darkness. Until a cellist from the local symphony comes along and plays in the middle of the destroyed market for all of Sarajevo to hear. Drasko realizes that everyone has a bit of beauty they can offer the world—his bit of the beauty are his father’s flowers. Inspired by the cellist, he travels through the market, giving flowers to all and restoring just a little bit of beauty to Sarajevo during the war.

Based on true events, the book comes with a recording of the song played. Which reminds me, if you haven’t yet taken a moment to enjoy Yo-Yo Ma playing songs of comfort for all of us on Facebook, get yourself over there right now. I’m not crying, you’re crying.

It’s important to note that this is simply a list of the books that remind me of the world’s resilience. Leave your top picks in the comments—the community that reads together heals together.

In the meantime, here’s a list of some other librarians' and booksellers' favorite reads of resilience.

It is a website which has a post about the comfort reads to remind. They have a community which includes information about home living. I prefer to check https://customessaysreviews.com/customessayorder-com-review/ info to complete their assignments. Humans need to live in the form of communities to survive in a society. Join it for more updates.