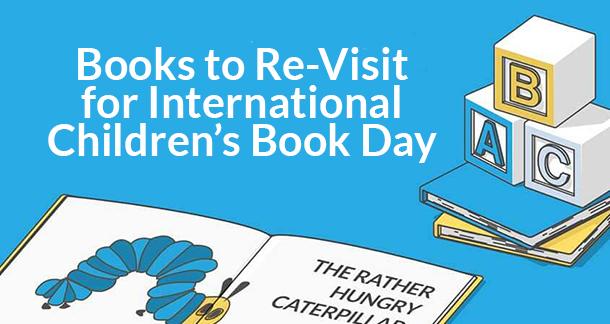 Remember the days that you spent as a kid holed up in your room, reading the hours away? You were probably ignorant of the outside world’s goings-on, since you were too busy traveling to colorful, impossibly creative universes beyond the limits of reality — all via great children’s books.

If you miss those days, I have good news for you. International Children’s Book Day is here, which means that we all have an excuse to re-read the childhood books that helped us learn and dream as kids. To celebrate the occasion, here are five formative children’s books to dust off and re-visit on April 2. Happy reading! 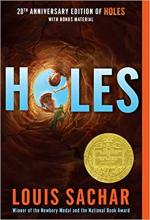 Fourteen-year-old Stanley Yelnats is pretty unlucky. How unlucky, you ask? Well, he was just (falsely) accused of stealing an old pair of shoes and now he’s being sent to Camp Green Lake — a juvenile corrections facility that is not green in any shape or form, since it’s located in the middle of the desert. On top of that, his family has supposedly been cursed for, oh, a couple of generations now.

And that’s not all: at Camp Green Lake, Stanley is made to dig one hole each day (five feet wide and five feet deep) to “build his character.” It’s there under the hot burning sun that he meets and makes friends with his fellow inmates — other 14-year-old kids who may or may not play a role in his present, future, and perhaps past. Each storyline in Holes intersects with confident surety, and Louis Sachar does it all while having a serious conversation with children about racism, free will, family, homelessness, and incarceration.

Long short story, this is a children’s classic that won the 1999 Newberry Medal for good reason. You can skip the 2003 major motion picture adaptation, but definitely re-read the book if you’d like to start International Children’s Book Day off on the right note. 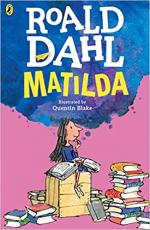 Naturally, Roald Dahl is 100% a must on this day. But the big question is: which Roald Dahl book should you re-read?

I’m going to pick Matilda, simply because it’s a thematically appropriate celebration of books and reading. (Unobjectively, I also think that it’s one of the best books that Dahl wrote, and I welcome any debate on this subject in the comments!) To read this book is to fall in love with libraries — and with Matilda Wormwood, a child genius who has to deal with her parents at home and the sadistic Miss Trunchbull at school. Luckily, she has Miss Honey (and an army of books!) on her side.

Indeed, a quote straight from Matilda makes my case for re-visiting it better than I can: “The books transported her into new worlds and introduced her to amazing people who lived exciting lives. She went on olden-day sailing ships with Joseph Conrad. She went to Africa with Ernest Hemingway and to India with Rudyard Kipling. She travelled all over the world while sitting in her little room in an English village.”

Illustrated by Quentin Blake, one of the most iconic children’s book illustrators ever, Matilda will always be a trip you’ll never forget. By stepping into this iconic children’s book once again, you, too, can be transported back into a world where magic is real, kindness wins, and grown-ups are pretty much always wrong. 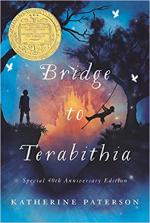 "Bridge to Terabithia" by Katherine Paterson

Otherwise known as the universal tear-jerker, no matter your age — but we could all do with that once in a while, right? This 1977 classic centers on two children, Jesse Aarons and Leslie Burke. Leslie’s the new kid who moves in next door and beats Jesse in a footrace, which doesn’t exactly endear her to Jesse at first. But the two eventually become closer the more they get to know one another, up to the point that they create an imaginary kingdom in the woods together that they decide to call Terabithia.

That’s about as far as I can go without spoiling the rest of the story for anyone who hasn’t read Bridge to Terabithia yet, but suffice to say that what unfolds is a crazy, enchanting adventure that you’re not likely to forget. Everyone is due a visit to Terabithia at least once in their lives — and today might be the perfect day to make it. 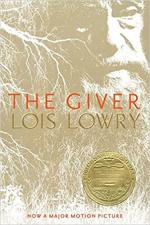 "The Giver" by Lois Lowry

If you haven’t read Lois Lowry’s The Giver yet, run and do not walk to your local (or virtual) library. This slim children’s book has long been a staple on school reading lists, and for good reason: it’s mind-blowingly good! More than that, it’s a thoughtful, impactful, and wise meditation on utopias — one that was written way ahead of its time and directly confronts the cost of a society that runs on the idea of “Sameness.”

Here’s a quick recap: Jonas is a 12-year-old boy who is about to be initiated and given a role in his Community, which has stamped out color, memory, choice, and individuality in order to uphold true equality. So when Jonas receives his assignment to be the next Receiver of Memory, he’s surprised, to say the least: it’s a lonely and mysterious position about which not much is known. But that’s not the end of the shocking things that he’ll learn: what he discovers while learning from the current Receiver will irreversibly shake his worldview and conscience — and perhaps that of his Community, as well. 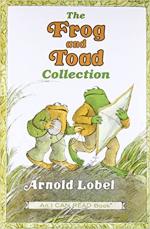 "Frog and Toad" by Arnold Lobel

Quite simply a children’s book masterpiece, Arnold Lobel’s beloved Frog and Toad is a bit more of a throwback than the others: this series is largely meant for early readers, with its straightforward language and uncomplicated pictures. Yet its lessons and themes remain applicable even if you’ve grown up. Who, for instance, can’t relate to this adventure where Frog and Toad (literally) can’t stop eating cookies? Or this heartwarming story where Frog and Toad secretly rake each other’s leaves, just to make the other happier? In times that are increasingly troubling, Frog and Toad might be the perfect balm — a temporary escape into a much simpler world.

What beloved children's books will you be revisiting?