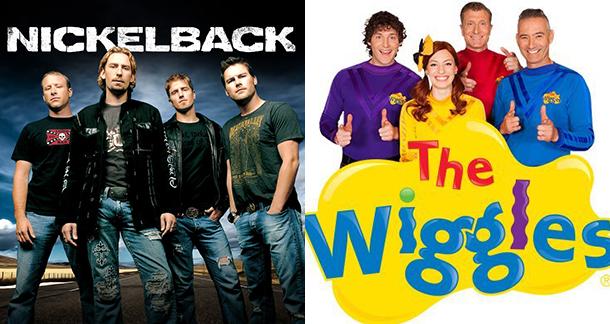 Crime is cool and awesome.

If you disagree, you’re probably an undercover cop. You have to tell me if you are, you know. It’s the law. If you’re a cop, please stop reading this article. There is nothing for you here.

But anyway. Crime, huh? Isn’t it the best? Real or fictional, I love it all. Crime fiction particularly holds a special spot in my heart. I love it dearly. One great thing about crime fiction, like most genres, is it can be found in mediums you sometimes don’t expect. Like music! Music is full of crime fiction, some of it great, some of it terrible. And I’m not talking about obvious musicians like Tom Waits or Nick Cave or Johnny Cash or Tupac or Ice-T or the countless others who immediately spring to mind. Sometimes crime fiction is hidden in music, and you don’t realize it until it’s too late.

I actually don’t know what would constitute as “too late” in this instance, but it sounded cool, so let’s just move on to the list. You probably skipped this introduction anyway. Like a true criminal. 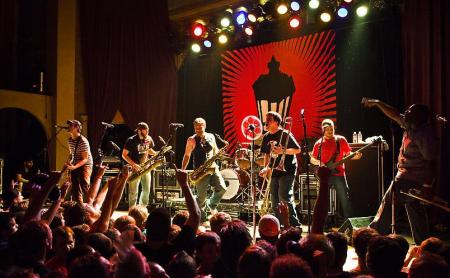 If you ever read Donald Ray Pollock’s Knockemstiff and found yourself wishing a musical equivalent existed, look no further than Streetlight Manifesto. Streetlight is a ska punk band, which I realize is not exactly the musical genre you may imagine when I compare them to Donald Ray Pollock, but their lyrics are full of desperate losers doing whatever it takes to make ends meet. Every song carries the spirit of the totally hopeless. Frantic and miserable and reckless. I mean, hell, just take a look at the opening of “A Moment of Silence,” which reads like an ode to noir itself.

A moment of silence, please, for those who never get the chance.
They show up to the party, but they're never asked to dance.
The losers, the liars, the bastards, the thieves,
the cynicists, the pessimists, and those that don't believe in nothing.
I never met a loser that I didn't see eye-to-eye with, I declare,
I stare into your eyes, but you look right past me into the air.
What's it like to stand in your shoes?
To have never felt the belt of somebody's abuse?
I take the bottle and I tip it for all my heroes that have passed.
Alas, you have left us, but your stories they will last,
uninspired by the recruiting call:
Independent we stand,
independent we fall.

They have songs about heists gone wrong (“Everything Went Numb”) and gangsters bleeding out from bullet wounds (“Point/Counterpoint”). They also have a song titled “One Foot on the Gas, One Foot in the Grave,” which, I mean, come on, how isn’t that the title of a crime fiction collection? Holy shit. 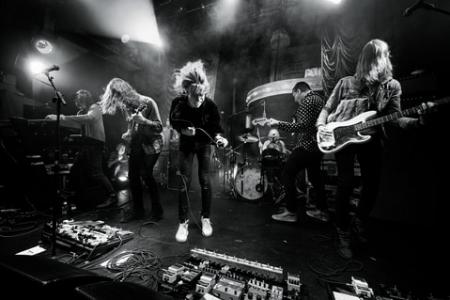 Cage the Elephant is sorta similar to Streetlight regarding the dirtbag stories their lyrics often tell. However, Elephant is more rock than ska, and also for some reason I’ve noticed a lot of people seem to categorize them as a teenage girl band. They share fanbases with modern Green Day and Twenty-One Pilots. I don’t remember this always being the case, so I feel obligated to remind y’all that Cage the Elephant can get noir as fuck. Surely you remember a little piece of theirs from 2008 titled “Ain’t No Rest for the Wicked,” right? If this chorus doesn’t make you tingle, you’re helpless: 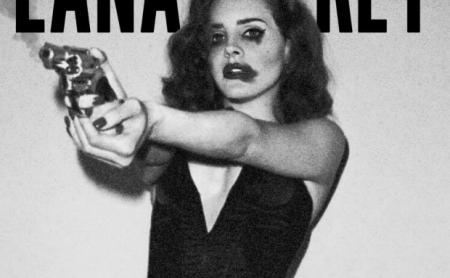 I almost didn’t include Lana Del Rey, because to me she’s such an obvious choice, right up there with Waits and Cave. But any time I talk about this with somebody, they look at me like I’m crazy. I firmly believe Lana Del Rey is writing some of the best noir out there today, and if you don’t believe me, then you’ve either never listened to her album Ultraviolence in its entirety, or you’re a cop, in which case you should have already stopped reading this article. So if you’re not a cop, that means you’ve for some reason neglected Ultraviolence. I highly recommend that you seek this album out immediately, because it is absolute bliss. Her songs are poetic noir. If vocals were a color, hers would be labeled black and white. Listening to her sing is like being transported into an old school Hollywood night club where the shadiest crime lords might conduct their business. There is a genuine nostalgia in her music I can only compare with James Ellroy novels. People are ugly, but that’s what makes them so goddamn beautiful. 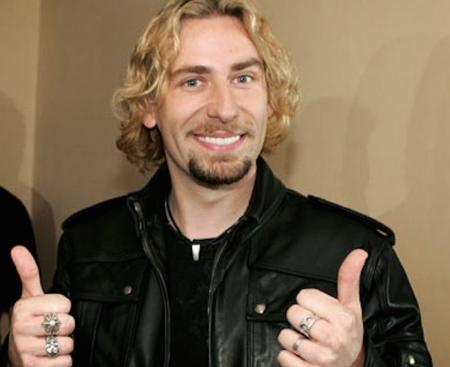 Nickelback! The internet’s favorite band. Why are they on this list? Am I implying they might secretly be crime writers? Maybe. Kind of. Okay. But good crime writers? Well. Look. There is a lot of crime fiction out there that is terrible. Men hung up on their exes and resorting to stalkerish behavior in order to win them back. So many crime fiction characters can’t seem to handle breakups well. Maybe the authors are channeling their characters a bit too personally. Who knows. What I do know is, if I read one more “nice guy gets dumped for some macho asshole so nice guy turns into a BADASS” story, it’s highly possible I’ll replace my bottle of Visine with bleach. Nickelback songs kinda remind me of these stories. I’m just gonna drop the lyrics to their first song off their All the Right Reasons album, “Follow You Home,” and you draw your own conclusions:

You can make a couple calls
and tell your brothers I'm in town.
Put a bounty on my head
and tell my parents that I'm dead
and hope to hell I'm never found.
You can steal me the keys
to your daddy's Cadillac,
you can tamper with the brakes,
call it a mistake
and pray I'm never coming back.

What the fuck was that? That’s not even the whole song, but seriously, what?

Anyway, here’s our last one for today: 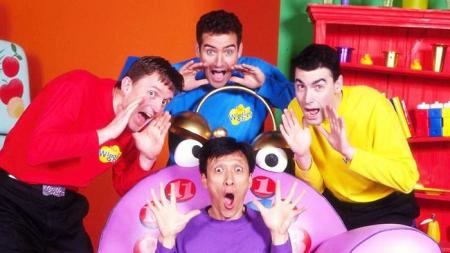 The Wiggles are an Australian children’s group. They’ve been around for a few decades now, but bizarrely found success in the US in the weeks following 9/11 (they continued touring while other bands canceled shows). They record songs with titles like “Big Red Car,” “Nicky Nacky Nocky Noo,” and “Food, Food, Food, Oh How I Love My Food.” They’re also fucking hardcore gangsters.

Tell me that isn’t depicting a gang of bank robbers fleeing across state-lines while one of their partners bleeds out in the backseat, because that is all I hear. The ballad of Jeff continues in another song called “Wake Up Jeff!” which begins with:

Yo, I hate to break it to y'all, but Jeff’s fucking dead.

They even have a song about a guy who jerks off a lot in public. It’s called “Shaky Shaky.”

Who would you add to this list? Recommend some music in the comments!

Very cool seeing Streetlight Manifesto getting some love here. I'd also include "Keasbey Nights" in the conversation:

When they come for me, I'll be sitting at my desk
With a gun in my hand, wearing a bulletproof vest singing
"My, my, my, how the time does fly, when you know you're going to die
By the end of the night."

Also I'm convinced that these lines from "With Any Sort of Certainty" are a coded reference to the Fast and Furious movies:

Who'd have thought we'd fought so long,
We started to see
Our enemies turn into friends, our friends to enemies

Tweeter and the Monkey Man. Best crime song ever written next to Life in the Fast Lane.

A pretty obvious one, but not mentioned yet, is The Clash.  A great band who wrote some great crime-based songs like Bank Robber and Guns Of Brixton.

I'm a musician, a songwriter, and I love to read crime fiction. So I started thinking about which musicians might be good at writing crime fiction. I think Streetlight Manifesto band is a master of story-telling. I know they've got some lyrics that touch on horror, but they seem to have a pretty good grasp on what makes for a good story. I need to find about the music points that I can write and further follow them.