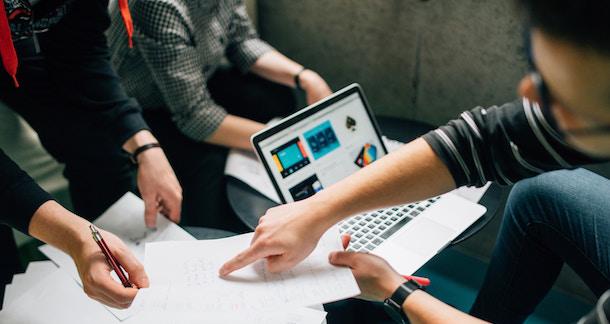 Whether you’re new to writing or a seasoned pro, a good critique group is, if not a necessity, a pretty damned good idea.

And if you answered, “by sharing it with my creative writing class,” stop reading now. If you’re in school for writing, you don’t need a critique group, and too much feedback, even if it’s solid, can be detrimental to early-stage work.

However, given what a panacea the critique group is often considered, not only by writers but by agents and other publishing pros, I’d like to point out that there are some things critique groups generally will not help you accomplish.

Here are three things, in my experience, that critique groups are great at, as well as three things they're not.

A good critique group CAN:

1. Help You Increase Your Productivity

Even if you think productivity isn’t an issue for you, a critique group will generally increase your level of creative output.

Whether your group meets weekly or monthly, there’s nothing like a looming deadline to help you apply butt to chair and write—especially when everyone has already seen everything backlogged on your hard drive.

Even if you think productivity isn’t an issue for you, a critique group will generally increase your level of creative output. (It may even increase the quality of that output, as knowing what your critique partners won’t let you get away with can help you kick some lazy habits.)

2. Help You Get Your Work in Shape to Submit

When revising work for submission to agents and editors, it’s easy to get into an endless loop. After all, any piece of writing will present a seemingly infinite number of small problems in need of correction, and couldn’t tweaking this one last comma actually make the difference between rejection and acceptance?

Well, yes and no. And at the end of the day, if you don’t actually ever send that piece out, its chances of acceptance are zero.

A good critique group will help you get out of your own head with a piece, providing you with a more objective sense of how publication-ready it really is. (They’ll also probably let you know whether that comma decision you’ve been wrestling with is just plain neurotic.)

3. Help You See Patterns in Your Own Work

Prone to too many parentheticals? Characters with similar names? Have you used the same analogy (or something similar to it)  in one story after another? It can be hard to catch these sorts of things in your own work, which is part of why a critique group can be so helpful.

In fact, no other people (with the possible exception of your agent or spouse) are likely to be as much help to you in this regard. Your long-standing critique group partners not only have read most of your work, they know all of your tricks (and they aren’t afraid to stop you when you’re repeating yourself).

However, a critique group generally CANNOT:

1. Help You See the Big Picture

For feedback on a manuscript as a whole, it’s generally a better bet to work with a good freelance editor who specializes in your genre.

That’s because a critique group will almost never read your entire book more or less at once, the way a reader will—and even if they’re working with a chunk of the manuscript (say, fifty pages) at a time, the nature of critique groups dictates that it will likely be a few weeks to a few months before they revisit the book for another chunk of the story. As a consequence, there are a lot of important things that can slip through the cracks.

2. Give You a Sense of the Publishing Industry

Many is the time a freelance editor will face the wrath of an author after having delivered the news that the particular combination of things they’re doing will make their book harder to publish. “But my critique group loved this!” the author says.

Well, sometimes that means that the book is brilliant and weird and just needs to find the right home. But sometimes it means that the market for such a book is slim. And if the latter is the case, your critique group—being composed of writers, rather than publishing pros—may be among the least likely to know.

Finally, there are writers who believe that passing their manuscript through their critique group, with a specific ask for line-by-line edits, should be enough to get them in shape for self-publishing. After all, these people are all writers, and when it comes to catching typos, three or four heads is better than one. Right?

It’s true that running your work through your critique group this way will catch a lot of things—generally, enough to send the piece out for consideration by agents and editors. But because there is no final line of defense when it comes to self-publishing, this process will not be enough to get the manuscript in shape to be seen by the world at large.

In order to accomplish that, you’ll need at least one person to read your work with an exclusive focus at the level of the line, not only to catch your typos but to ensure your grammar and punctuation decisions are consistent across the manuscript. In other words, an actual editor.

Now it’s your turn. In your experience, where do critique groups excel? And where do they fall down?