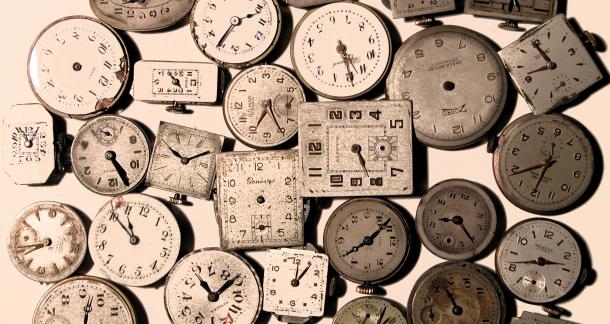 16. Don’t waste time trying to write an introduction. Everybody skips those, anyway.

15. Poop Time is you time. When sitting on the toilet, bust out your cell phone and start typing some dino-erotica on your Evernote app. If you don’t have Evernote or something similar, I recommend just writing in a draft email and sending it to the sexiest person alive: yourself.

14. Randomly injure yourself at work. Ask for multiple sheets of paper to fill out the incident report. Write a short story on these sheets, then make copies. Keep the copies and turn in the original sheets to your boss. If management acts confused, just sigh like it all makes sense and they’re the weird ones.

13. If you have a child and find every time you attempt to write, it screams for your attention, do not fret, for this is exactly the reason God invented fire stations. Simply drop the child off in front of the fire station and drive back to your word processor. The writing is more important. You are the parent of a million readers now. The actual child will eventually discover parents who have normal jobs and aren’t insane.

Know the first sentence you’re going to write before you even open up your word processor. Don’t waste time staring at a blinking cursor.

12. There’s a reason your cell phone possesses dictation applications. The NSA is hoping you accidentally trigger the app while in the middle of important conversations with your local bomb distributor. Okay, actually, there’s two reasons these applications exist: the other reason being that sometimes the best ideas come while you are driving, and as I can personally attest, it is extremely difficult—although not impossible—to write while behind the wheel of a car. But why stop at just driving? You can write using dictation apps during many other activities: baths, sex, jump rope, laundry, you name it. Note: if you attempt to write while engaging in intercourse, you may get punched in the face.

11. Track who talks to you the most in any given day. Are their words necessary? Probably not, especially if they’re family. Cut off all ties with them immediately. They are toxic.

10. Set a daily word count. If you don’t reach it, light yourself on fire. If you enjoy being lit on fire, then don’t bring out the gasoline until you’ve reached your word goal. Either way, buy extra matches.

09. Think about what you’re going to write while finishing mindless chores. Not only should you be visualizing how the scenes will play out, but also consider the structure of the opening sentences. Know the first sentence you’re going to write before you even open up your word processor. Don’t waste time staring at a blinking cursor. Get that motherfucker dancing.

08. Cancel your Internet. Throw your cell phone into a lake. Smash your television set. Destroy all distractions. You’ll be surprised at how much free time opens up.

07. Writing rituals are death. You start relying on them too much and it becomes harder to write without fulfilling the ritual. You’re too busy for this nonsense, right? Take risks! Write in a different area every day. Write blindfolded! Write using only your toes! Your nose! Just write!

06. Fill a cooking pot halfway with water and set it on your stove, then turn the burner on. You may not make more time this way, but as long as you keep looking at the pot, you will in fact stop time altogether. So, write as much as you want! The universe is frozen. You are a god.

05. Give up the idea of sleep. Sleep is just a conspiracy created by mattress salesmen. Don’t do it. Sleep is a time vampire. Grab a stake and Van Helsing the shit out of it.

04. Sitting down and thinking about what you want to say can suck up the most time out of the writing process. Therefore, I suggest initiating your copy/paste function on random sentences and just slightly rewording them so they look new.

03. What can suck up a significant portion of your writing process can be just plopping down and contemplating what to type. So why not utilize your copy/paste abilities on every other sentence and rephrase some of the text into making them look different?

02. Stop telling people that you have an awesome idea for a book, “if only I could find the time to write the darn thing!” No one cares! If you want to be a writer, then fucking write. Less talking, more click-clacking.

01. Quit your day job. Abandon your family. Start living under a bridge. Write on sidewalks. Write on your flesh. Don’t stop until the Reaper collects your soul. And even then, keep writing. There are always other souls up for grabs.

Very on point with the inernet thing. The rest of the stuff was lol.

On the others, specifically the don't focus to much on the first sentence ... yea. A lot of my issue, cause past the forth paragraph everything sails smoothly, characters are established, the stakes are set, and then it just lighting the stage for Joan Of Arc.

I adapted to retelling the entire poem in my head before writing it down, though not sure if they will carry over well for novels.

I've had to program a Ruby character generator just to get my fingers moving at times, and focusing on individualizing later.