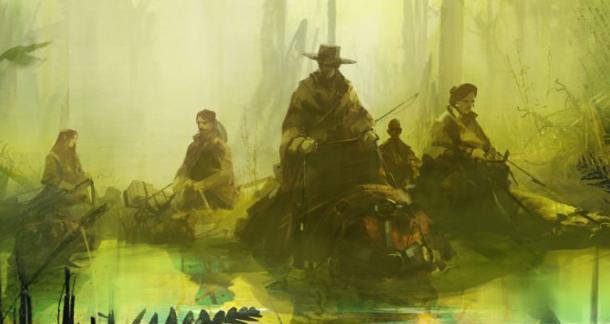 Do not fear, dear readers, for good ol’ Max has saved the day with the best looking horror titles coming out in 2017. Obviously he couldn’t include the kickass books he’s publishing through his own small press, because then he would be fired, and you would all be sad.

So buy these books also! 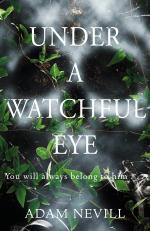 16. 'Under a Watchful Eye' by Adam Nevill (January)

I’ve never read Adam Nevill, but people sure love the shit out of this guy. I recently acquired his novel, The Ritual, and it sounds right up my alley and I can’t wait to dig in. Same goes for his latest novel, Under a Watchful Eye, released just yesterday. The synopsis promises a healthy dose of paranoia with supernatural elements that begins with a writer being trolled by fake reviews. That sounds hilarious and potentially very creepy. 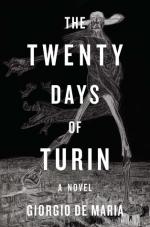 15. 'The Twenty Days of Turin' by Giorgio De Maria (February)

This book first caught my eye thanks to Jeff VanderMeer’s blurb:

"The Twenty Days of Turin by Giorgio De Maria is a chilling novel that conjures up the creepy claustrophobia of The Tenant and the mind-bending epic horror of House of Leaves―except spread across an entire city. Odd libraries, uncanny monuments, horrific deaths, and terrifying puppet shows…even days later, I’m still flinching at shadows, unable to forget the riveting details of a newly unearthed uncanny classic."

If that doesn’t get you pumped to read this book, I don’t know what will. This was an instant pre-order. 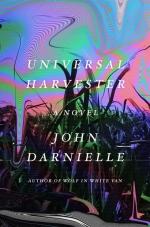 Most know John Danielle as the man behind The Mountain Goats. Well, he’s also a great novelist, as he made very clear in his book, Wolf in White Van. His new novel, Universal Harvester, seems to be about a video store clerk in the late ‘90s discovering altered versions of the movies his customers rent.

From the book description:

"In the middle of each movie, the screen blinks dark for a moment and the movie is replaced by a few minutes of jagged, poorly lit home video. The scenes are odd and sometimes violent, dark, and deeply disquieting. There are no identifiable faces, no dialogue or explanation―the first video has just the faint sound of someone breathing― but there are some recognizable landmarks. These have been shot just outside of town." 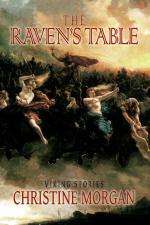 Morgan seems to have a short story in just about every decent looking horror anthology these days, and for good reason. This April Word Horde will be releasing a new collection of her Viking-themed stories titled The Raven’s Table. Fair warning: this book may in fact be too badass for us to handle. 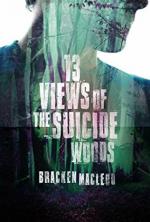 Bracken MacLeod’s debut novel, Mountain Home, completely blew me away. It starts off violent and unforgiving and it doesn’t flinch away. His other novel, Stranded, is also receiving a ton of praise I am sure is justified. So it makes sense that his new story collection looks like an intense addition to his growing library of work. Just the title alone makes me want to own it. 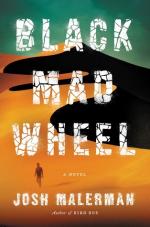 I’ve made my love for Josh Malerman no secret on this website. He’s one of my favorite new horror writers and I have high hopes for his future. Everything he releases is refreshing and a genuine delight. His new novel looks fucking great. Here’s what Malerman had to say about it in a recent interview I conducted with him:

"Black Mad Wheel takes place in 1957. Former members of the army band, four guys who are now in a rock band playing all over Detroit, are tapped by the army to go to the Namib Desert in Africa and locate the source of a very frightening sound. Like Bird Box, the narration is split in two...the soldier-musicians hunting this sound...and a hospital in Iowa where one of the musicians is trying to heal from what the sound did to him." 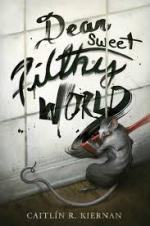 Most fans of horror fiction only need to hear Kiernan’s name to influence an immediate purchase, and her latest collection offers no exception. If you aren’t reading Kiernan, what the hell are you doing with your life? 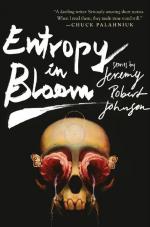 2017 is the year of amazing story collection titles. 13 Views of the Suicide Forest, Dear Sweet Filthy World, and now Entropy in Bloom? Holy crap. You probably know Jeremy Robert Johnson from his mind-fuck of a novel, Skullcrack City. Now you can further get to know him with a collection of his best fiction to date. 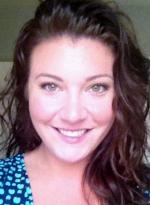 08. 'Beneath' by Kristi DeMeester (April)

This is another Word Horde release. Surely another winner from a press I have a massive crush on. Beneath is about a reporter investigating a snake-handling cult in rural Appalachia. Cosmic weirdness ensues. Why haven’t I already read it? Why isn’t it April? WHY CAN’T ALL THESE BOOKS BE IN MY HEAD ALREADY? 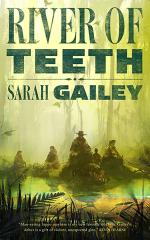 Shut your stupid face and pre-order this one immediately. This is a book about man-eating hippos. I don’t care what kind of fiction you like, I don’t see how this won't fail to entertain every single person on the planet. MAN-EATING HIPPOS. ARE YOU SERIOUS. I didn’t even realize how desperately I wanted a book about man-eating hippos until this was announced, but now it’s all I can think about. Read an excerpt here. 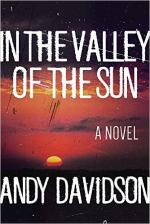 Stephen Graham Jones’s blurb for this book made me pre-order it right away, so maybe it’ll work with you, too:

"Turns out there's a middle space between Tender Mercies and Preacher and Henry: Portrait of a Serial Killer. It's called In the Valley of the Sun. And if I didn't know Andy Davidson had written it, I'd swear this was some long lost William Gay. I burned through this. It’s got teeth on every page." 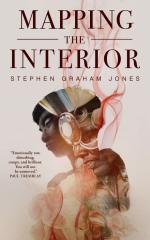 And speaking of SGJ, did you really think I’d ever write a book list without including something he’s written? Ha-ha, think again, you fool. Announced only yesterday by Tor, Mapping the Interior seems to be about a boy who discovers a secret doorway in his house, late at night, and realizes just how big his house really is. The cover alone is beautiful, and I’m sure the inside will match the exterior. 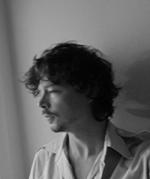 This is the third title from Word Horde I’ve included. I would include more if I knew about them. This press has yet to release a disappointment. All I know about An Augmented Fourth is that it’s “Black Sabbath meets The Thing” and holy shit take my money. 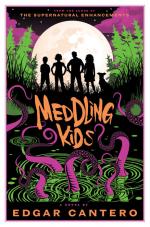 Once in a while you read about a book and it immediately gets you dancing with joy. A book so perfect for your specific tastes that you can’t even believe it exists. That was my initial reaction when I read about Edgar Cantero’s upcoming Meddling Kids. Out of all the books on this list, I want this one the most. I don’t just want to read it. I want to make love to it. I want to marry it.

Just take a look at the market copy and tell me I’m crazy:

"For fans of John Dies at the End and Welcome to Night Vale comes a tour de force of horror, humor, and H.P. Lovecraft. The surviving members of a forgotten teenage detective club (and their dog) must reunite as broken adults to finally solve the terrifying case that ruined them all…and sent the wrong man to prison. Scooby Doo and the gang never had to do this!"

WHAT? Is this reality? AM I EVEN ALIVE RIGHT NOW? 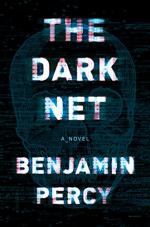 I admit, when I first read about this book, I laughed at how ridiculous it sounded. But the more I thought about it, the more the possibilities of total creepiness drifted in, and now I can’t wait to get my hands on Percy’s new novel:

"The Dark Net is real. An anonymous and often criminal arena that exists in the secret, far reaches of the Web, some use it to manage Bitcoins, pirate movies and music, or traffic in drugs and stolen goods. And now, an ancient darkness is gathering there as well." 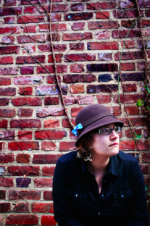 01. 'Her Body & Other Parties' by Carmen Maria Machado (October)

I recently discovered Carmen Maria Machado’s short fiction via the kickass story app, Great Jones Street, and my life is all the better for it. Machado’s work is as inventive as it gets, and everything I’ve read by her has been an absolute treat. So hell yeah, you bet I pre-ordered her debut story collection, and so should you. If you’re on the fence, here’s a free story of hers over at Lightspeed.

What horror books are you most looking forward to this year? I know Joe Hill has a collection of four novellas titled Strange Weather coming out eventually, but I couldn’t find a concrete publication date. I also considered adding Jeff VanderMeer's upcoming Borne but felt it's probably more science fiction and fantasy than horror, but obviously you'd be a crazy person not to pre-order that one. What other must-reads did I miss?

Holy smokes. Those books really do sound great. I mean, man-eating hippos! Did I get that right? Man-eating hippos? I would not want a hippopotamus like that for Christmas.