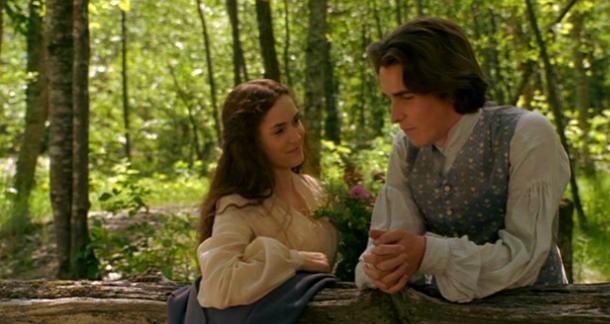 Louisa May Alcott published the first volume of Little Women on September 30, 1868 – one hundred and fifty years ago on Sunday. Today, a modern retelling of the book, directed by Clare Niederpruem, arrives in theaters, and in June, a traditional adaptation of the novel was announced, directed by Lady Bird’s Greta Gerwig and starring such big names as Meryl Streep, Emma Watson, Laura Dern, Saoirse Ronan, Florence Pugh and Timothee Chalamet. Little Women has already been adapted into six feature films, a dozen television programs, four full-length plays, a YouTube series, an audio drama, a ballet and an opera. What is it about this story that keeps resonating with audiences a century and a half after its first telling?

The easy answer is that Little Women was ahead of its time, and that’s certainly true. Its deeply human story that prizes realism ahead of romance was remarkable for women’s fiction of the time, and its characters – particularly the primary heroine, Jo March, said to be crafted in Alcott’s own likeness – are independent and complicated far beyond what female readers were taught to expect from their protagonists.

But the amazing thing about Little Women is that it’s also ahead of our time. 150 years later, it still stings when Jo rejects Laurie’s proposal, because as women, we’re still taught to cherish romance and (temporarily) unrequited love in our stories. Laurie’s the perfect romantic hero: kind-hearted, fun-loving, gorgeous with chestnut waves, dark eyes and nice teeth (in fact to most of us, he looks like a young Christian Bale, who played the character to universal admiration in Gillian Armstrong’s 1994 version of the book). He adores Jo in just the way we want our fictional fellas to adore our written ladies: uncompromisingly, for exactly who she is, doing his best to transform himself into the kind of man who could deserve her. It’s what we love about Anne of Green Gables’ Gilbert Blythe and Pride and Prejudice’s Mr. Darcy. Everything about this romance feels destined for literary immortality, precisely constructed to make generations of women sigh, swoon and daydream.

Everything, of course, except for Jo’s own feelings.

Laurie was a young lover, but he was in earnest, and meant to `have it out', if he died in the attempt, so he plunged into the subject with characteristic impetuousity, saying in a voice that would get choky now and then, in spite of manful efforts to keep it steady ...

‘I've loved you ever since I've known you, Jo, couldn't help it, you've been so good to me. I've tried to show it, but you wouldn't let me. Now I'm going to make you hear, and give me an answer, for I can't go on so any longer.’

Not until months afterward did Jo understand how she had the strength of mind to hold fast to the resolution she had made when she decided that she did not love her boy, and never could. It was very hard to do, but she did it, knowing that delay was both useless and cruel.

‘I'll be hanged if I do!’ And Laurie bounced up off the grass, burning with indignation at the very idea.

Brutal! All these years after my first reading of Little Women, and with the good sense and context that a feminist education has brought me, knowing without question that this is a brilliantly subversive plot development and respecting the heck out of the daring choice that Alcott made, it still bums me out a little to read those words. We’re just not built to expect a rejection of the young, ardent lover. We’re certainly not built to expect that Laurie will go on to marry Jo's less likable sister Amy, or that Jo will then grow into a mature, deliberate romance with the middle-aged and impoverished Professor Bhaer, who lacks Laurie’s dashing good looks and open expression of affection. Even 450 years after Little Women’s release, readers will probably still be mad about Bhaer.

But that’s what makes Little Women a big deal. The romances of the Brontës and Jane Austen contain a goodly portion of the subversive and the feminist, but they mostly end with the expected romance. Little Women challenges us, even today, to look beyond the expected, to treasure Jo’s choice, to celebrate her freedom from convention, even when it means saying goodbye to the gorgeous young man who loves her.

Of course there’s plenty more to love and respect about Little Women, as we watch the March sisters grow and change and try to find a balance between their duty to their family and their heart’s passions, and on its surface and absent of any deeper themes, it’s still a beautiful story of a family of women who love each other. But in Chapter 35, when Jo tells a desperately in love Laurie, “I don't know why I can't love you as you want me to. I've tried, but I can't change the feeling, and it would be a lie to say I do when I don't” – that’s the moment that Little Women became an all-timer.