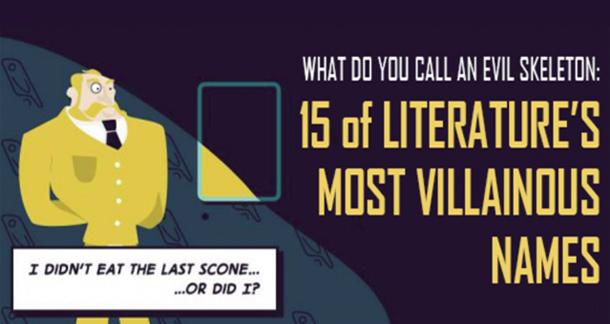 Whether they hail from Disney or Dickens, all great villains have something in common: a malevolent, terrifying name. One that strikes fear into your heart from the first time you hear it, making you think, “How in the world did someone come up with that name?”

Some of these may look familiar, but they’ll still send a serious shiver down your spine. Read on to relish 15 of the best villainous names in literature, sure to inspire dread (or at the very least a good Halloween costume). 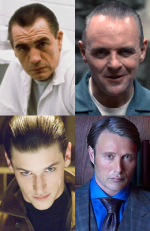 One of the most iconic villains in books or film, Dr. Hannibal Lecter is a true triple threat: brilliant forensic psychiatrist, violent serial killer, and deranged cannibal. Though his name is a clear reference to the last of these (one has to wonder about the prophetic possibilities of naming a child Hannibal), writer Thomas Harris actually didn’t invent it himself — he must have been familiar with the various Hannibals of history. 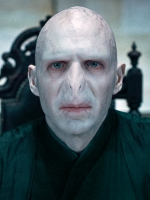 As any Harry Potter fan worth their salt will know, Voldemort’s name in French literally translates to “flight of death,” a fitting moniker for a dark-cloaked killer. Some have also speculated it’s based on a frightful Edgar Allan Poe character called Valdemar. Lord Voldemort’s many alibis also include “You-Know-Who,” the slightly more formal “He-Who-Must-Not-Be-Named,” the Death Eater-coined “Dark Lord,” and of course his real name, “Tom Marvolo Riddle” (which anagrams into I am Lord Voldemort). 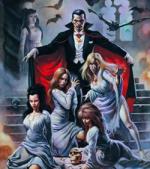 Long before Twilight, there was Bram Stoker’s Dracula. For those unfamiliar with the tale, Count Dracula travels from Transylvania to England in order to feast on new blood and produce more vampires. Among the more horrific details of the novel are the coffins of Transylvanian soil that Dracula uses as lairs and his connection to an asylum patient who obsessively consumes rats. But horror also stems from his very name, “Dracula” — meaning “son of the Devil” in Romanian. 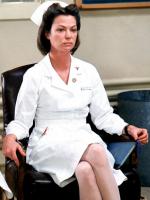 A clear play on the word “wretched,” Nurse Ratched of One Flew Over the Cuckoo’s Nest lives up to her name. She may not be an intentional murderer like some others on this list, but she does have a penchant for sadism and psychological torment, and her cruel methods eventually drive one of her patients to suicide. Consequently, Nurse Ratched is widely considered to be one of the worst villains of all time.

It’s hard to say whether Pennywise from Stephen King’s It merely takes advantage of society’s widespread fear of clowns, or whether Pennywise itself helped originate that fear. Either way, from the moment the clown opens its mouth to persuade little Georgie to follow it, you know something’s not right. The name Pennywise has since become synonymous with creepy, carnivorous carnival clowns: the stuff of nightmares whether you’re a child or a full-grown adult. 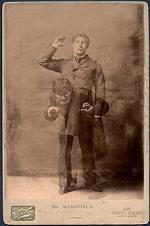 While technically only Mr. Hyde is a villain, the twisted truth of Jekyll and Hyde’s eponymous tale is that you can’t have one without the other. Evil Mr. Hyde’s emergence from the subconscious of the innocent (if morally conflicted) Dr. Jekyll symbolizes a terrifying concept, even beyond the realm of the fantastical. This is, of course, that you can never escape from the darkest, most corrupt parts of yourself — no matter how you try to “Hyde” those parts away. 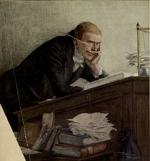 Although he may seem tame compared to some of the monsters listed here, this antagonist of David Copperfield has a name that just gives you the creeps. Uriah Heep: it culminates in a bonafide screech! Fortunately for Dickens’ readers, he doesn’t turn out to be a murderer — just a fraud — but that doesn’t change the facts of his odd name and “cadaverous” appearance. 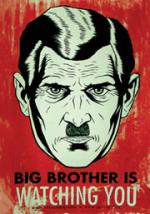 Big Brother is the personification of the totalitarian government in Orwell’s 1984. And if you're familiar with the book, you'll know that Big Brother does not mean familial love. It’s never fully clarified whether “Big Brother” is a real person or just a symbol, which adds to the unsettling idea of having someone (or something) unknown watching you at all times. Perhaps the scariest thing about Big Brother, though, is that the dystopian device has been turned into a wildly successful reality show of the same name. Wonder how Orwell would feel about that one. 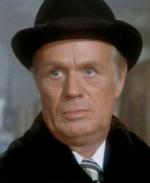 Upon first glance, this victim of the titular “murder on the Orient Express” hardly seems suspicious. However, it’s eventually revealed that he’s been traveling under a false name, Samuel Pratchett, and that his true identity is much more nefarious: he is actually Lanfranco Cassetti, a child murderer acquitted on a technicality. Agatha Christie put an Italian spin on the killer’s name, but she did base Cassetti’s backstory on a true and extremely famous case — that of Bruno Richard Hauptmann and the Lindbergh baby. 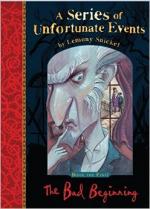 Count Olaf, ever the charlatan, likely adopted the first part of his name from number three on our list in an attempt to sound more threatening. He may also be the only member of this list to rival Voldemort in terms of aliases, as he uses a different name in every book to try and get close to the Baudelaires — most silly, like Gunther and Al Funcoot, but some disturbing, like when he pretends to be the narrator’s sister Kit Snicket. As a result, even though he’s part of a children’s series, Count Olaf and his chameleonic name are both something of a menace. 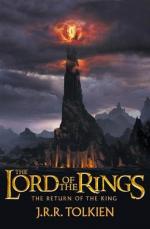 Sauron’s form as The Eye, as he’s described in large chunks of the Lord of the Rings, is one of the most fearsome villains in literature. Indeed, this name serves to enhance the nature of Sauron as less a tangible “villain,” and more a grand force of evil, which is significantly more frightening. The name “Sauron” also lends itself to comparisons with Satan — as Tolkien himself wrote, Sauron fell from the “Blessed Realm” just as Lucifer did from heaven. 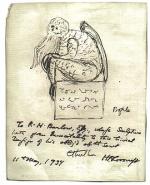 Nothing like an unpronounceable jumble of letters to shake you to your core. Cthulhu, a colossal dragon-sea monster hybrid with a face full of tentacles, was one of H.P. Lovecraft’s most famous inventions. How the language of its name came about is unclear, but Cthulhu is christened by its worshippers, and praised with such haunting phrases as Ph'nglui mglw'nafh Cthulhu R'lyeh wgah'nagl fhtagn ("In his house at R'lyeh, dead Cthulhu waits dreaming"). 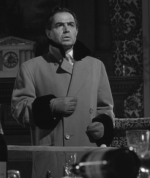 Some might say Nabokov gave him a redemption arc at the end of Lolita, but Humbert Humbert is still one of the most depraved characters in literary canon. In the case of his pseudonym, it represents Humbert’s desire to limit others’ knowledge of his disgusting actions to a single label. The name Humbert Humbert is an impossible wish to associate his evil nature only with the corrupted part of his psyche — as if Jekyll and Hyde had written a tell-all memoir under the name “Hyde Hyde.” 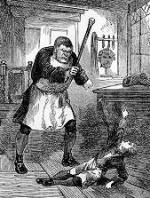 Though popularized by Sondheim’s musical, the Demon Barber of Fleet Street first came to the public eye in a penny dreadful series called The String of Pearls. Also similar to number six on our list, one transforms into the evil other. To reinforce that, “Benjamin Barker” is a perfectly ordinary-sounding name; his murderous alter ego Sweeney Todd employs the disconcerting long-E sound, and may also be a reference to the Mad Sweeney of Celtic folklore. 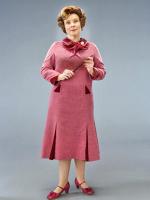 Voldemort might be the most evil character of the Harry Potter series, but Professor Dolores Umbridge is still the most hated — for reasons closely connected to her name. Umbrage means “annoyance,” as anyone who took the SAT will remember… but those who know Spanish will also recognize the significance of the dolor in her first name, meaning “pain.” From torturing Harry with her blood quill to criminalizing Muggle-born wizards in her role at the Ministry, Umbridge is a villain to end all villains, and her name is double-pronged proof of that.

Are there any memorable baddies whose names have stuck with you?