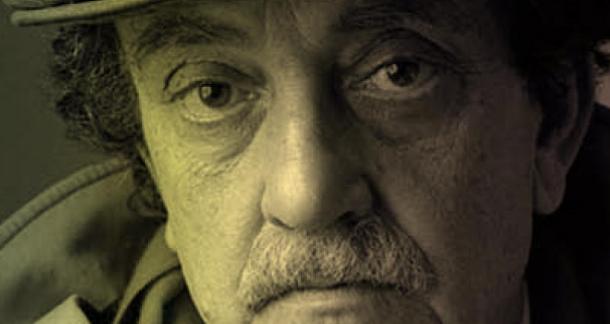 Kurt Vonnegut would have been 93 this month. If we were lucky enough to live in a world where people like Kurt Vonnegut lived to be 93.

The dude is one of those writers who's well-liked and popular, but still underrated somehow. How it is that The Sirens Of Titan isn't an all-time classic I do now know or understand, and frankly it's part of what makes me feel like our society is nothing but wreckage.

What really made Vonnegut great was his generosity. He wrote about fictional worlds in a way that let the reader in instead of keeping her at a distance. Vonnegut's voice on the page was that of a storyteller, someone who always made a point about the value of a reader's time.

And he gave some pretty damn good life advice too.

Most of what's below, unless linked, is contained in one of the two books featured at the end of this column, if you're looking for more advice.

How do you make it as a writer? After Vonnegut sold his first story, he wrote a letter to his father. An excerpt:

I've deposited my first check in a savings account and, as and if I sell more, will continue to do so until I have the equivalent of one year's pay at GE...I will then quit this goddamn nightmare job, and never take another one so long as I live, so help me God.

I'll give you this much, either story publishers paid A LOT more back then or GE paid A LOT less. But perhaps this is a useful tactic for any writer wondering whether to make the switch. Figure what you can live on, and once you've got that for a year, boom.

Vonnegut embodies the idea that you can take what you do seriously without taking yourself seriously:

I have written a story called 'The Big Space Fuck.' [laughs] It's about this big [laughs] it's about the end of the world...the space program has built this enormous spaceship, and the hope is that human life will somewhere go on, and it's got a big war head on it filled with sperm. And they're [laughs] firing it out there, hoping it will hit something. 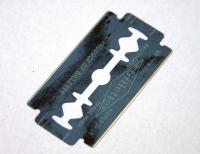 If you're a person who doesn't know what to cut and what not to cut, here's a brutal but effective way to get started:

Your rule might be this: If a sentence, no matter how excellent, does not illuminate your subject in some new and useful way, scratch it out.

Want To Live Without War? Then Write It Right

Vonnegut wasn't a fan of war. And who can blame the guy? Most people forced into labor in a POW camp probably aren't all that interested in seeing that crap go down again.

But where Vonnegut differs, he doesn't put the blame for war on politics and despots. He blames artists for war too.

My own feeling is that civilization ended in World War I, and we're still trying to recover from that...Much of the blame is the malarkey that artists have created to glorify war, which as we all know, is nonsense, and a good deal worse than that — romantic pictures of battle, and of the dead and men in uniform and all that.

Write For An Audience

What's the point of learning the writing craft anyway? Why bother? Isn't this an art? Isn't writing all about feeling and emotion and raw stuff on the page?

Why should you examine your writing style with the idea of improving it? Do so as a mark of respect for your readers, whatever you’re writing. If you scribble your thoughts any which way, your reader will surely feel that you care nothing about them. They will mark you down as an ego maniac or a chowderhead — or, worse, they will stop reading you.

After a class of young students wrote and asked Vonnegut to appear, he wrote a letter back to them advising that they make art for the sake of art. And he gave them an assignment:

Write a six line poem, about anything, but rhymed. No fair tennis without a net. Make it as good as you possibly can. But don't tell anybody what you're doing. Don't show it or recite it to anybody, not even your girlfriend or parents or whatever, or Ms. Lockwood. OK?

Tear it up into teeny-weeny pieces, and discard them into widely separated trash receptacles. You will find that you have already been gloriously rewarded for your poem. You have experienced becoming, learned a lot more about what's inside you, and you have made your soul grow.

Live With Each Other

Vonnegut gave a speech entitled "Why You Can't Stop Me From Speaking Ill Of Thomas Jefferson." Mostly, the ill had to do with the fact that Jefferson mortgaged human people.

With recent issues of race, social justice, and the role of larger institutions in those discussions, here's Vonnegut's take:

If I have offended some of you by speaking ill of Thomas Jefferson, tough titty for you. I can say anything I please, short of shouting 'Fire!' if there is no fire, because I am a citizen of the U.S.A. Your government does not exist and should not exist in order to keep you or anybody else, no matter what color, no matter what race, no matter what religion, from getting your damn fool feelings hurt.

Remember that two great masters of language, William Shakespeare and James Joyce, wrote sentences which were almost childlike when their subjects were most profound. ‘To be or not to be?’ asks Shakespeare’s Hamlet. The longest word is three letters long. Joyce, when he was frisky, could put together a sentence as intricate and as glittering as a necklace for Cleopatra, but my favorite sentence in his short story ‘Eveline’ is just this one: ‘She was tired.’ At that point in the story, no other words could break the heart of a reader as those three words do.

And, of course, lest we forget the simple, two-word Bible verse. Which is:

I hope you know that television and computers are no more your friends, and no more increasers of your brainpower, than slot machines. All they want is for you to sit still and buy all kinds of junk, and play the stock market as though it were a game of blackjack.

Junk? That's a little harsh. Now if you'll excuse me, it's time to get back to my favorite podcast, which is sponsored by a company that sends you a whole bunch of clothing in the mail and then you send stuff back. Basically the Columbia House Movie Club model, but in 2015 and we should know better. Technology as an avenue for junk. Heh, hardly.

You don't have to make things dumb for your readers. Vonnegut's ideas were far from dumb. But you might be able to cut your reader some slack.

Messy pages and lines aren't friends to your readers. Part of what Vonnegut always preached was that a reader's time was valuable. Sometimes I wonder if this is why he's less respected, because we so often view the ideas of clarity and simplicity and engagement as being antithetical to artistry and true emotion.

Readers want our pages to look very much like pages they have seen before. Why? This is because they themselves have a tough job to do, and they need all the help they can get from us.

Almost certainly my favorite advice, of all time, ever. Semicolons:

All they do is show you’ve been to college.

Live With Money And Love

I'll say this one thing. This advice was given in 1978. Long before a song about getting low and ejaculating all over a room was a thing that you heard anywhere a dance floor could be filled. 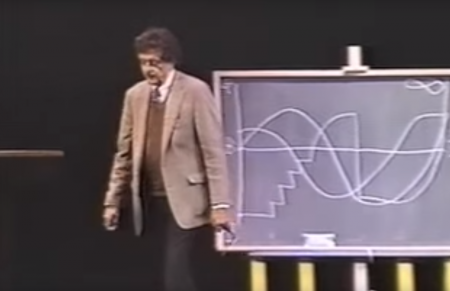 With time on the X-axis, happiness on the Y, Vonnegut traces the arcs, literally, of popular stories. And makes the bold claim that people have loved and always will love these stories. After watching the Cinderella part, I'm not sure he's wrong.

great advice, from the immortal sage Kurt Vonnegut...we're not worthy.

Write off semi-colins except when letter C. Then it's fuctionally like a period.^^