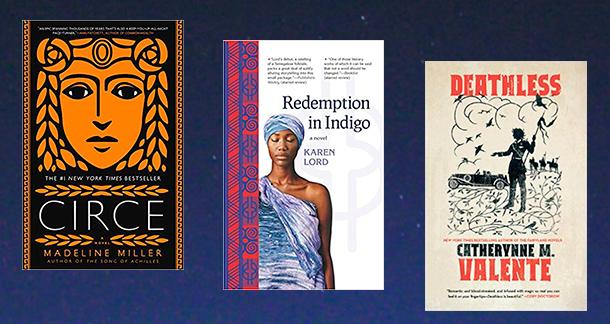 Due to the recent popularity of superhero movies, kids these days—okay, everyone these days—know more about mythology than ever before. What was once a dry, dusty subject has become a flashy, multi-billion dollar premise, and now folks who couldn’t tell their ass from their elbow are discussing Loki’s hand in Ragnarok with utter seriousness. Personally, as a child who spent hours holed up with brittle-paged mythology books and who still has quite a collection, I find it refreshing to be one of the cool kids.

One thing I also love is contemporary novels that incorporate mythological elements in new and interesting ways. Of course, I’m a little biased, as I do this in my own recently released novel Miraculum, but if you’re looking for something with a great story, but a little less CGI, you’re in luck. Here are a few selections that stray from the blockbusters, but which are no less captivating because of it. 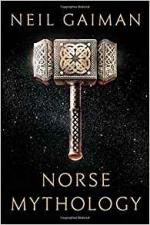 For the same reason I’m staying away from the obvious recommendation of Rick Riordan’s Percy Jackson series, I’m skipping over Gaiman’s brilliant American Gods and highlighting his collection-of-sorts, Norse Mythology. You’d be hard pressed to find anything written by Gaiman completely devoid of a hat tip to some branch of mythology, but in Norse Mythology, Gaiman dives all the way in. A recounting of the most famous stories and their gods and goddesses from, you guessed it, Norse mythology, Gaiman’s book is reworked as a loose, soap-opera-worthy novel with Odin, Thor, Freya and all the rest speaking with a modern sensibility that makes their outlandish tales palatable for contemporary readers. 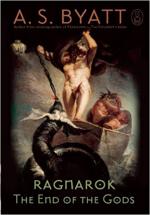 'Ragnarok: The End of the Gods' by A.S. Byatt

While Gaiman works a bit of humor into his retelling of the Norse gods’ antics, A.S. Byatt’s Ragnarok is piercingly somber and yet captures the epic showdown of the Twilight of the Gods in all its spectacular, Wagnerian glory. Ragnarok: The End of the Gods juxtaposes the experiences of a young British girl evacuated to the countryside during World War Two with the Norse end-of-the-world myth in a startling, yet gorgeously wrought way that brings power and humanity to both sides of the coin. 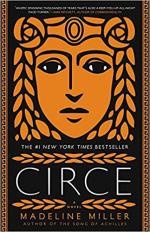 If there’s anyone to dominate the field of novelized Greek myths, it’s Madeline Miller. Circe—Miller’s most recent novel—tells the story of the goddess/witch/sorceress most famous for changing Odysseus and his men into swine. As with her previous novel, Song of Achilles, and her short novella, Galatea, Miller gets us into the heads of characters who previously seemed little more than statues, oil paintings or glossed-over footnotes. Aside from the direct mythological link, Circe is a dazzling, compulsive read all on its own. 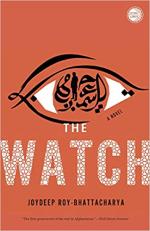 'The Watch' by Joydeep Roy-Bhattacharya

Roy-Bhattacharya’s brutal, but beautifully rendered novel set in present day Afghanistan is a more subtle interpretation of a classic Greek myth, but all of the elements of Antigone’s woeful tale are present, beginning with a lone woman stepping out onto the wreckage of a battlefield and demanding the return of her brother’s body. The Watch is a story of contemporary war and its endlessly reverberating repercussions, but it takes it cues from that ancient image of a fearless woman making a stand for what she believes to be right. 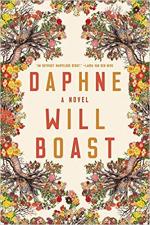 'Daphne' by Will Boast

In Daphne, Boast embraces Greek mythology completely while still keeping a firmly modern setting as he re-imagines the twisted tale of Daphne and Apollo set in San Francisco. While Boast’s Daphne isn’t a nymph who transforms into a tree to escape the unwanted attentions and desires of Apollo, his heroine has her own tragedy: a condition which paralyzes her whenever she experiences an intense emotion. Daphne is an intriguing, and realistic, exploration of an otherwise purely fantastical event.

Before getting away from the popular ancient Greeks, the following novels should also be mentioned: the absolutely brilliant Penelopiad by Margaret Atwood, Lavinia, by sci-fi master Ursula K. Guin and the refreshingly imaginative The Deep End of the Sea by Heather Lyons. All three are steeped in the Greek myths and offer a different perspective of the women often portrayed, but rarely given a voice of their own. 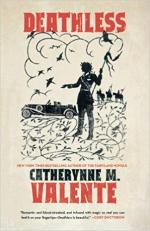 Deathless is the fascinating retelling of the Russian myth and legend of Koschei, an evil figure spanning countless stories and appearing in myriad interpretations. Valente’s novel remakes Marya Morevna as Koschei’s bride against a brimming backdrop of everything from elves to political intrigue. A must-read for anyone looking to step outside the Western mythological cannon. 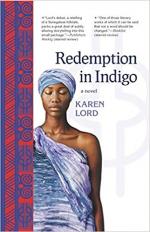 'Redemption in Indigo' by Karen Lord

In Redemption in Indigo we are introduced to Paama, a resourceful woman who leaves her husband only to be beset upon by the djombi—the undying—who give her the Chaos Stick, a magical gift with which to navigate a world rife with tricksters and gods, including Anansi, the spider. Paama’s story is inspired by a Senegalese folktale and provides a wonderful taste of rich West African mythology.

Finally, I need to leave you with three more myth-based novels outside of the well-known Greek and Norse cannons. These actually could be more classified as being inspired by folklore, but they’re too good not to mention. Vassa in the Night, Sarah Porter’s YA urban fantasy has Baba Yaga in the foreground and Pamela Dean’s classic Tam Lin pits the Scottish heroine against the Queen of Faery. Cindy Pon’s Serpentine is accessible to readers both young and old and takes us on the wild adventures of a headstrong handmaiden in a world alive with Chinese myths.

Have any favorite stories inspired by myth? Let us know in the comments.

I've been focusing a lot more on the mythologies of North America (since that's where I live) rather than Europe (where I don't live).

My favourite story is Green Grass, Running Water by Thomas King, which interweaves Coyote trickster tales, the telling of those tales, with a modern narrative that's all rather hilarious.

We need more of these, I think.