13 Dark Short Stories You Can Read for Free Right Now 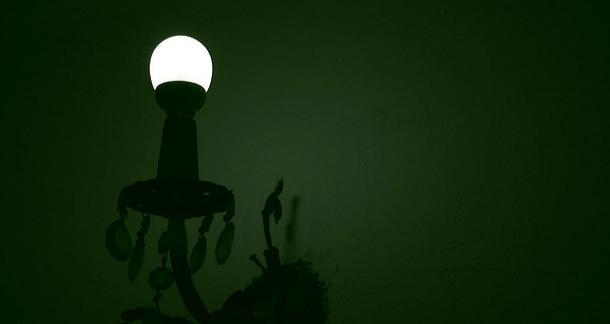 I’ve been compiling a favorites list of short stories for a while now, just for myself, but it occurred to me to share the love. Simply because of my tastes, most of these skew dark if not outright horror, but they also tend to skew deep and thoughtful. For the sake of accessibility, I’ve only included the ones I could find for free online, so you can go read them right now. (Emphasis on now, given the temporary nature of websites and linking.)

This cut several favorites from my list, notably “Subsoil” by Nicholson Baker, a wonderful blend of horror and comedy the just somehow works, “In a Cavern, in a Canyon” by Laird Barron, my favorite vampire short story, “Jack in the Box” by Ray Bradbury, which kind of blew my mind, and “The Tooth” by Shirley Jackson, which might be the most quietly unsettling story I’ve ever read. If you can get ahold of any of those four from your library or favorite bookstore, I highly recommend them.

But today we’ll stick to 13 killer stories you can read free just by clicking below. Most are normal links to full text stories, some are links to PDFs, and one is to an audio production. Many are classics, but plenty are modern, and a few might be modern classics—we’ll see. Regardless, I hope you enjoy them as much as I have! They're in no particular order.

I’ve said before and I’ll say again: any list of mine that can open with Poe will open with Poe. “The Tell-Tale Heart” is a classic for a reason. I’ve reread it dozens of times and it’s never let me down. So whether it’s your first or fiftieth, it’s time for a read.

Read it courtesy of Project Gutenberg

2. ''The Semplica-Girl Diaries'' by George Saunders

This is a story I like to point to when people say literary fiction doesn’t “do” horror. Sure they do; they just rarely call it that. George Saunders’ long story “The Semplica-Girl Diaries” is so quiet and underplayed that it feels scary-real. It’s also so good that I put him on my must-read list.

Read it in The New Yorker 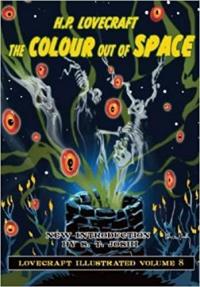 True confession: I’m not a huge Lovecraft fan. I appreciate him, and some of his stories I really like, but I’m just not quite on the same train other fans seem to be on. But I’ll make an exception for “The Colour out of Space.” I’m not sure why it’s not included in his ‘best’ stories more often; I think it’s by far his best. Original, creepy, and super memorable: it’s well worth your time even if cosmic horror isn’t normally your thing.

Read it at the H.P. Lovecraft Archive

“Ortolan” is one of my favorite stories in recent years. I read it because it appeared on the Bram Stoker Award preliminary ballot a couple years back, and, frankly, I think it should’ve won. I’ll never forget it. It felt so vividly rendered to me that I just knew that the practice described in the story had to be a real one—even though I’d never heard of it before. The fact that I turned out to be right made the story even creepier. I just love it.

Read it in F(r)iction

Again with the famous authors, my favorites are rarely the most popular stories. “Metamorphosis” is cool, but of Kafka’s strange and sometimes surreal stories, “A Hunger Artist” is the one that sticks with me. Perhaps that’s because it has a more grounded, believable feeling than the others. I love speculative elements in my fiction, but sometimes the scariest concepts are the ones we can imagine actually playing out in our world.

Read it translated into English at ZWYX.org

Need a story that will wrench your heart? “The Ones Who Walk Away from Omelas” certainly does the trick for me. It’s dark, yes, but it’s also sort of hopeful… maybe… depending on how you read it. Regardless of your interpretation, you will probably have one, because this story makes you feel big things and face big questions, which is a powerful thing for a story to do.

Read it thanks to Mercer County Community College

Here’s a horror story that makes me smile—not because it’s funny, but simply because it’s so well done, and such a fun concept. Imagine if Tremors was actually scary instead of schlocky. Now add a creepy voice-imitation component, and two hikers stuck on a mountainside, lost in the mist. That’s “The Moraine.” There’s not a lot of deeper meaning or heavy messaging here, and sometimes that’s just what the doctor ordered. Good horror well told: check.

Listen to it at Pseudopod 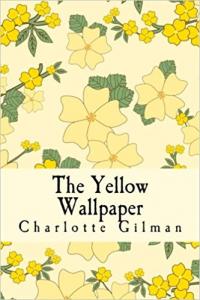 I didn’t get to the classic “The Yellow Wallpaper” until I was an adult, and I’m kind of glad, because I wonder if I could’ve full appreciated it at a young age. This is feminist horror—a story that explores the societal fears women deal with by facing them head on. It’s gaslighting gone eerie. It’s a masterpiece that every horror fan should read.

Read it at Project Gutenberg

Another good horror story well told, and a classic to boot. “The Monkey’s Paw” has a silly title that put me off for an undue amount of time, so I’m glad I eventually stumbled into it. It’s actually quite unnerving and it has the fun, relished sort of tension that reminds me of a campfire story. If you let yourself slip into this one, it’ll produce a nice thrill. It’s also a good one to have read for understanding frequent societal references.

Read it at Project Gutenberg

Another favorite from recent years, and another I can’t forget. “Snow” is a hard story to describe without giving it away, and it’s quite short, so there’s no reason not to just go read it. It’s one of the best creature stories I’ve ever read, and despite being part of a lineage often given over to cheesiness or gore, it somehow manages to choke me up emotionally. That impresses the hell out of me. Maybe it will impress you too.

Read it in Nightmare Magazine

This is by far my favorite of the King’s shorts! “The Jaunt” starts out as a straightforward science fiction tale with a cool concept—teleportation—and morphs into existential horror of the most terrifying kind. That’s all I’ll tell you. You must read it. (Must.)

Another recent favorite. “This Is Not for You” blew me away. It’s… a different kind of feminist horror. The kind that isn’t afraid to go all the way dark and get all the way bloody. It’s strange and fun and totally refreshing. And maybe not for you.

Read it in Nightmare Magazine

I’ve always wondered if anyone else loves this story as much as I do. It’s surreal, and I think it’s brilliant, but it’s definitely strange and perhaps a little dense. I read it in the original Spanish, which was quite a stretch for my skill level at the time, so I ended up doing the type of close-reading we rarely allow ourselves to do: literally word by word. That level of study produces a deeper appreciation for good work, and whether or not it’s quite your cup of tea, “La Noche Boca Arriba” is very good work.

Read it translated into English thanks to the University of Colorado

To wrap up, if you’ll allow me a plug (and a bonus story), you can also read my Bram Stoker Award Nominated story “So Sings the Siren” for free on Apex.com. It’s very short and very dark, and I hope you like it.

Feel free to bookmark this post and/or send it to your friends who love short dark fiction. There’s enough here to keep you going for some sleepless nights. Happy reading!

Yea it's the Omelas one I was considering. What I'm not sure is how a short story would translate today.

The internet had made reading fiction different from how it ever was in print magazines. And you were a star if you payed for a periodical (sort of like blogs today) to print your content. Although now blogs are free (as well they should be, cause its my content god damn, you pay me), but it seems like the expectation now is to structure content differently:

I write mine as collections of short non-fiction essays, built into a larger story, just to keep up with the seemingly decreasing attention spans.

Jane Wiseman from Danville Virginia--now living outside of Albuquerque/in Minneapolis is reading Kindred, by Octavia Butler September 10, 2018 - 7:29am

Enjoyed this list. "The Ones Who Walk Away From Omelos" is one of my favorites, and I like "The Yellow Wallpaper" a lot. But I got really excited to see a George Saunders story here. I don't read enough short fiction, and I need, need, need to read more George Saunders. Lincoln In the Bardo has got to be one of the most amazing books I've read in the past 10 yrs. Thanks!

Thank you for this great list. I especially liked the book The Tell-Tale Heart, which I recently read. I was so impressed with the book that I wrote an essay about it for college. The resource https://samploon.com/free-essays/the-tell-tale-heart/ helped me a lot as I'm just learning to write essays and other written papers. But I'm always deeply impressed by the work of Edgar Allan Poe.