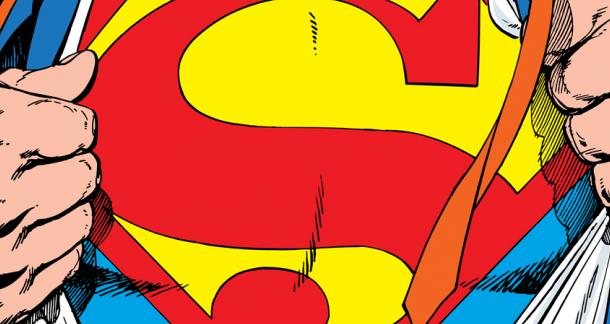 I saw Man Of Steel. I saw Batman V. Superman: Dawn of Justice. I've seen what Zack Snyder has made of Superman.

The fanboy side of me was frustrated.

And when I say fanboy, I don't mean that to evoke a guy screaming into his computer in all caps about how this or that character would never do this or that thing.

I mean a fanboy who collected action figures deep into his teens. And by "collected," I mean played with.

I mean a fanboy who cried a little bit when Superman died in the 90's. Not because I was angry or thought it was a marketing ploy. Because I didn't want to be in a world without a Superman, even a fictional one.

I guess by fanboy, I mean soft-hearted lover of comics.

And when I say I was frustrated, I guess what I really mean is that I was heartbroken.

I just...I think that in making Superman this cold, militant character, the real joy of Superman is lost.

It's not that things were changed, origins altered, storylines tampered with. It's that at the core, the Superman I saw on the screen, was one who was missing all of his best qualities.

And so, I put together a reading list for myself. To remind me what it is that makes the Man of Steel great. 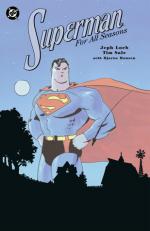 1. 'Superman For All Seasons'

This book gives us what's really lacking in the on-screen Superman: kindness. The Superman in this book is a generous person. Someone who really does care about people. It's a truly great introduction to the character, the Clark Kent whose parents made him what he is today. 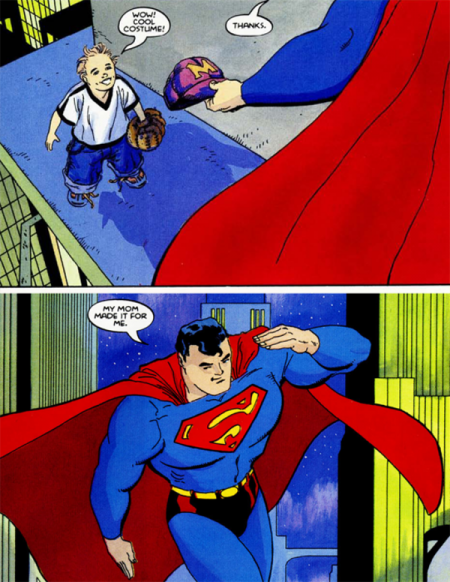 It certainly borders on cheesy, but in the best way. It reminds readers that seeing a man who can fly really means something. 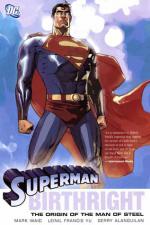 Another origin story, this one covers some of the same ground as Superman For All Seasons, but with a more modern feel. What I love and respect about Birthright is that it proves that "modern" and "grim" are not the same thing. And holy crap, Jonathan and Martha Kent are REAL CHARACTERS. The relationship between Superman and his father is developed and worked so much better here than it is in Man Of Steel. You understand Jonathan Kent. You understand that for Jonathan Kent, it's about his own fears of inadequacy as a father, and feeling like he's Clark Kent's dad, but not Superman's. 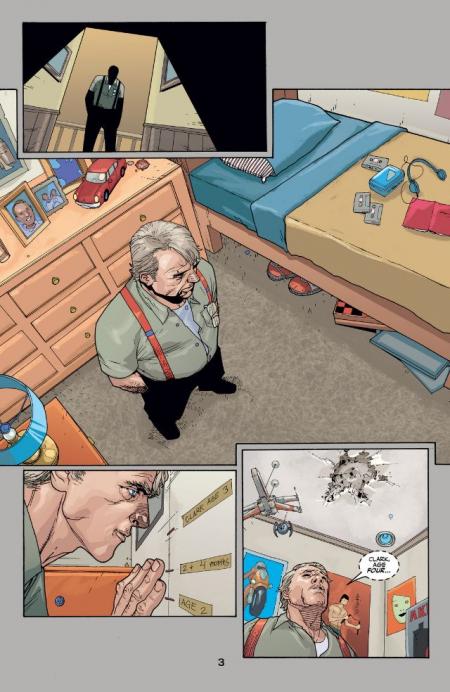 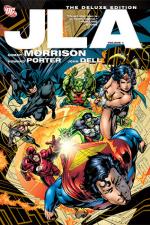 Superman works even better when he's part of a team. When you can see him contrasted with Green Arrow and the Flash, when you see how the other heroes regard him, it really clarifies what a big pair of red boots Superman fills.

Superman is all about scale. When he can do things other heroes can't even dream of, we really get to see the guy from a new perspective.

This book isn't only a must-read because it's damn awesome, it provides the scale that's hard to find with Superman. 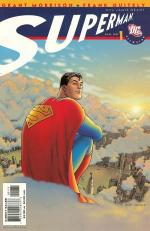 There's one scene from this book that always stays with me. Superman stops an out-of-control train, and during the aftermath, there's a woman exiting the train, talking to someone on the phone. We don't know who she's talking to, and it's easy to dismiss this as background noise.

Now, throughout All-Star Superman, Superman is dying. It's complicated, but he knows he doesn't have much time, and he's trying to wrap things up, to make the world as safe as he can before his imminent death.

But he still has time to save a single life. He makes time: 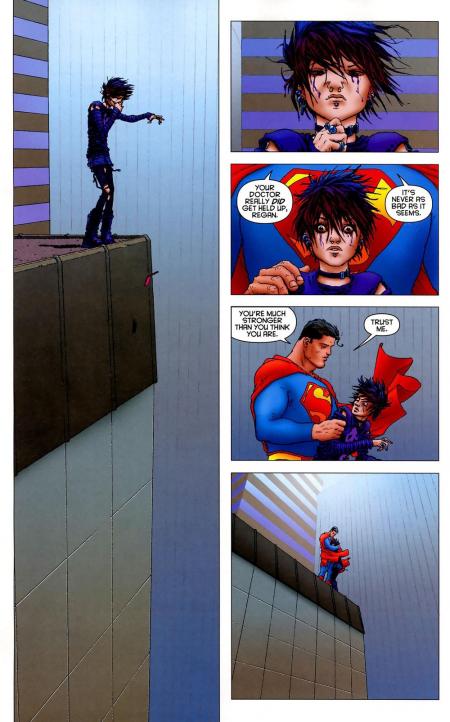 This is the Superman I've been missing in the theater. The one who isn't only the most powerful man on Earth, but the best one. 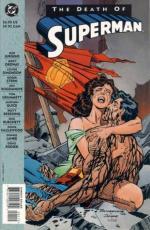 It's easy to forget, with comic book deaths and rebirths being almost a constant, what a big deal this was in 1992.

The story isn't the best read ever, but there are some definite highlights. For one, the monster was played right. Doomsday arrives on Earth, partially shackled by cables, fully jacketed from head-to-toe in a bizarre, green jumpsuit. As the battle plays out, Doomsday is slowly revealed as his green jumpsuit is torn and the cables are ripped from his body. Take the lesson from Jaws, from Alien, the monster is ALWAYS scarier and better before he's fully revealed, and the longer you can tease that out, the better.

Second, the layouts. Over the four-issue battle with Doomsday, we see the action blow up on the page. The first issue had 4-panel pages, the second had 3-panel pages, and so on until the ultimate battle, when we were given all splash pages, single-panel pages packed with action. 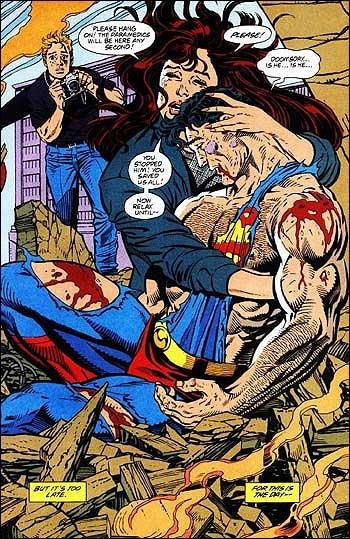 What Death Of Superman does well is treat Superman's death like a big deal. At the time, it seemed like maybe he really wouldn't come back. At the time, characters and citizens in DC comics saw Superman as an absolute force for good, and the loss was a huge blow to that fictional world.

At the time, comic lovers were given a moment to breathe and imagine a world without a Superman, and to imagine our world, the real world, and how it would go on without even the fiction of Superman. 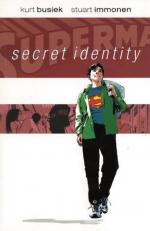 This book is a different take on Superman lore. A boy named Clark is born into a world like ours, where Superman exists as a fictional character. In fact, his parents named him Clark after the character of Superman. And then, just like that, this real Clark suddenly manifests Superman's powers.

The book follows an interesting thread you don't see too often in comics, which is the idea that the comics of our world actually exist in the comic book world as well. And it follows a character through his entire life, the moment when he manifests powers, young adulthood, parenthood, and all the changes that we don't often see in comics because the characters tend to remain ageless.

And what it does for Superman is really showcase how powerful and pervasive the Superman lore really is. By incorporating this second layer of fiction, we not only get a Superman story, we get a story ABOUT Superman stories. 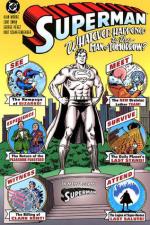 7. 'Superman: Whatever Happened To The Man of Tomorrow?'

Most of the time, when you hand something over to Alan Moore and kinda say, "Do what you want," the results are pretty strange and spectacular. Swamp Thing, Green Lantern.

And with Superman, no exception.

After DC's massive continuity-correcting event, Crisis On Infinite Earths, DC was left with a couple transition months before Superman and Action Comics were rebooted by the Man of Steel comics.

Which is why editor Julius Schwartz decided the last two issues (one of Superman, one of Action Comics) should be treated as though they told the last Superman story ever. Alan Moore was brought on board, and the rest is history.

The story, told by Lois Lane to a reporter, explains the last acts and eventual end of Superman, who, at the time of the story, has been missing for ten years.

There are lots of Superman stories that make the bridge from Man to Superman, showing Clark Kent becoming a superhero, but very few that then create a bridge that goes the other way, from Superman to man. 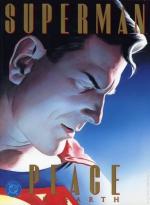 Perhaps the ultimate in cheese factor, but it's an oversized book filled with Alex Ross' painted Superman. It's hard to go wrong there. 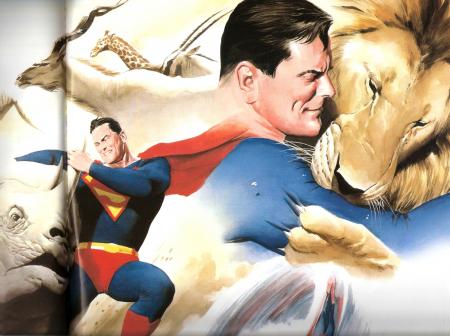 It also takes a shot at answering the question, "Why doesn't Superman start using his powers to feed the hungry, help the poor, and so on?"

It's a hard answer, but the book ends with Superman's summary: Patiently and gently, I share with others the way to scatter the seeds a few at a time, evenly between the rows so that each one will have enough space. I tell them not every seed will make it - but all of them deserve the chance to grow. 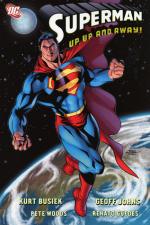 The premise here isn't too complicated. Superman has lost his powers, and he's flexing his Clark Kent, journalistic muscles to try and do good in the world. Luckily, his powers slowly begin to return, and we see Superman kicking ass before too long.

The beauty here is that this is actually a pretty good Clark Kent story. If there's something I haven't seen on screen in the recent movies, it's Clark Kent. Who is Clark? What does he think about? Truly, Clark Kent is just a disguise for Superman as opposed to being a person.

Plus, these are totally readable, fun comics. If you like comics without the baggage, this is a great arc. 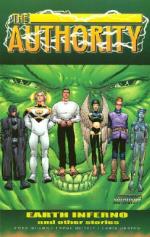 Although Superman doesn't appear in this book, a super-powered man whose powers are enhanced by the sun plays the heavy. And his partner is a super-fighter dressed in all black. A dark knight, if you will.

Besides the fact that these two men in The Authority, unlike their better-known cousins, can actually get over their differences and just make out already (really!), The Authority presents a superhero book with a distinct difference. The heroes decide to exist outside the world of geo-politics, doing what they think is right. 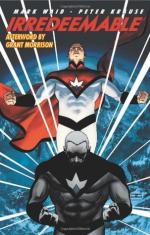 Mark Waid's Irredeemable was brought about by an interesting question. What if a superhero existed who had great power, but didn't have the emotional maturity to handle the power?

Not a Superman book, per se, but I feel like Irredeemable presents the dark side of a Superman, and does so in a more interesting way than the recent movies. What this captures well is how difficult it would be to be Superman. If you could save a stadium full of people, and as thanks hear them whispering to each other about how your hair looks stupid or rumors that you're gay, if you could be the world's greatest hero, save countless lives, and yet the media is always trying to ferret out your secret identity, how well could you handle it? 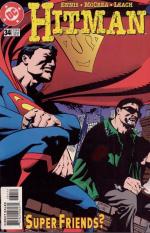 Garth Ennis' Hitman is a comic that has a deep disrespect for superheroes. Green Lantern is a tool. Tommy, the titular Hitman, vomits on Batman's boots and uses x-ray vision to peer at the full Wonder Woman monty.

But when it comes to Superman, Tommy (and the writer behind him) shows a different level of respect.

Superman's appearance in Hitman is brief, but it provides a concise, clear, sensible explanation of why Superman is great. Why even bad guys like Tommy have respect for him and what he represents.

In a weird way, the respect Hitman gives Superman is more meaningful than the respect Superman gets from his comrades. It feels more earned. Because Hitman is a book that's so hard on superheroes, you know that Superman must be someone special to catch a break.

Those are my favorite Superman stories. What are yours?

Nice summary. Should be noted that Ellis and Hitch created the Authority

How in the world did Red Son not get included in this list?