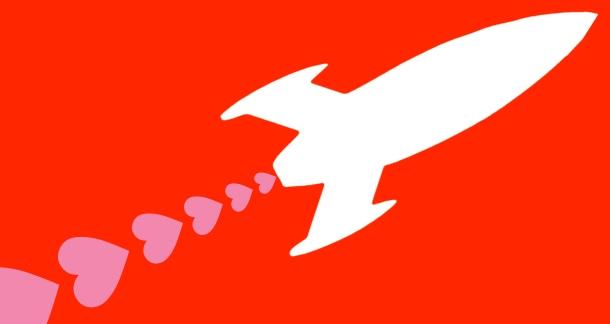 It’s the season of love, or at least the season of professing love through crass commercialism, so it seems only appropriate that we talk about romance novels. But I can’t be the only one who’s tired of ripped bodices and Fabio on book covers. Instead, lets talk about some great romances in the science fiction genre.

And for the more traditional romance fans, before you say something regrettable about science fiction consisting entirely of impossible space ships and pulpy laser fights, take a look at this list. Perhaps you don’t tear up at the mention of a laser pistol, like I do, but that doesn’t mean you can’t find a good tear-jerker in science fiction.

There are plenty of great love stories in science fiction literature, but we’re going to shy away from the ones that have shirtless spacemen on the cover (yep, there really are those kinds of novels, quite a few of them, in fact). We don’t need the same old romance plot thrown onto a space-station just for variety’s sake. Instead, we’ll focus on novels that do their best not to overwhelm the science fiction with romance, and vice versa.

A quick note: We will also steer clear of erotica, although many of these books still have sex scenes, romance being what it is. 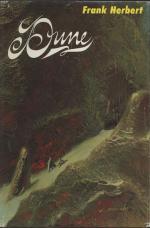 Uh oh, I just heard a bunch of groans. That’s right, we’re starting with the sci-fi classic by Frank Herbert. While this book isn’t traditionally viewed as romance, you need to put those worm-riding hooks away and give me a chance to explain. The love story between Paul Muad’dib and Chani is pure romance. She shows up in his dreams before he ever meets her, she protects him as his bodyguard, and they profess their love with lines that wouldn’t look out of place in any romance novel. Heck, when Paul must marry a princess (for political reasons) and make Chani a concubine, he gives Chani a beautiful promise that he’ll never love the princess, and only ever have eyes for Chani. C’mon, I see you pulling out tissues. 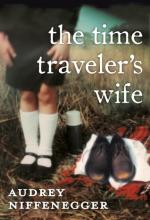 Audrey Niffenegger’s debut novel easily fits into multiple categories, depending on who you talk to. It’s a literary novel, and a romance novel, and it’s hard to deny the science fiction element when the words “time traveler" are right there in the title. In fact, time travel is a much more prominent plot device in the book than it was in the movie. 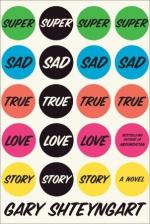 While the title sounds not only like a silly romance, but a pretty heavy-handed one, Gary Shteyngart managed to write an interesting story about the complicated love between an older Russian immigrant and a young Korean-American set in an absurd but shockingly believable near-future setting. Also, bonus points for being an epistolary novel, if it can still be called that when messages are relayed through a social media account. 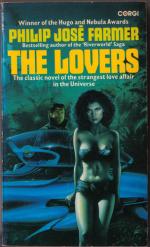 'The Lovers' by Philip Jose Farmer

It’s time to throw it all the way back to 1952, with Philip Jose Farmer’s debut. Both the science fiction and romance elements should be pretty obvious here. It’s a story about a relationship between a human and an extraterrestrial. It has a surprising focus on the sexual side of the relationship (at least for something written before the 1960s) so tread carefully here, but it earned Farmer the first of his three Hugo Awards. 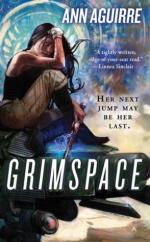 And now we whiplash back to the 21st century with the first novel in a series by Ann Aguirre, which has become one of the standard examples of mixing science fiction and romance in equal measure. It’s also a remarkably fun adventure about a powerful young woman who can navigate starships, with plenty of action in and out of the bedroom (settle down, I had to make that joke at least once in a list like this). The Sirantha Jax series is now up to book number six. 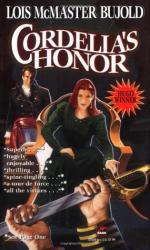 Lois McMaster Bujold is an icon in the science fiction genre for many reasons, and her Vorkosigan saga certainly is expansive. While Bujold has included some great romances throughout, the standard was set with Cordelia’s Honor. It’s actually a compilation of two earlier novels and a short story, and it's recognized as a major influence on modern science fiction romance. It starts off as a futuristic take on a desert island romance (you know, the old “I wouldn’t do it if you were the last man on this planetoid…” line), but the story includes a strong female lead and a romance that has to be earned. 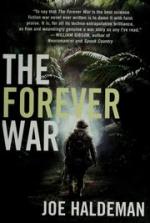 'The Forever War' by Joe Haldeman

So many romances are about waiting faithfully for a love interest to return. Joe Haldeman gave us a science fiction classic where a woman waits for her lover to return from war, even though the physics of space travel means she must wait for centuries. It’s heart-wrenching, and there are battles with defenseless aliens. Everybody wins … if you consider emotional agony a victory. 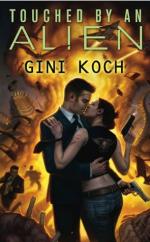 'Touched by an Alien' by Gini Koch

This is edging towards the pulpy bodice-ripper cover, but with a surprising Michael Bay twist. How can you resist such a delightfully corny title? Gini Koch gives us a “sexy” (obligatory) marketing manager and a dapper alien from Alpha Centauri who must save the earth with hair spray and a whole lotta lovin’. It’s crazy, but irresistibly so. And don’t worry, the crazy continues in the Kitty Kat Series for at least more eight books. 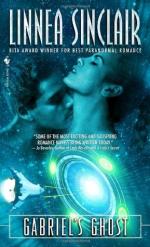 The most bodice-rippy of the covers on this list conceals a novel that is surprisingly good science fiction. The Dock Five Universe, by Linnea Sinclair, is a well respected series in science fiction romance with fast ships, interstellar prisons, sexy smugglers (which is a startlingly naughty-sounding combination of words), and plenty of other staples of both science fiction and romance. 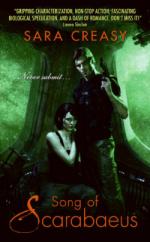 'Song of Scarabeus' by Sara Creasy

Author Sara Creasy takes the sci-fi seriously in this novel about terraforming extraterrestrial planets. Who knew planetary gentrification could be so sexy? Actually, it’s not sexy at all, but the people trying to do it are. And this book does a great job of creating fascinating worlds, not just titillating relationships. 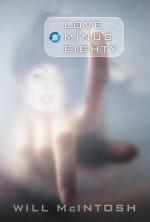 'Love Minus Eighty' by Will McIntosh

And finally, we have a book that has been winning awards, including several Best of 2013 awards, in both literary and science fiction circles. But it’s hard to ignore the romance element, even if it is pretty unsettling at first. A guy accidentally kills a girl, and then goes to visit her regularly in a cryogenic dating farm where rich men resurrect dead women for a night on the town. I never said it was a cute story, or even a non-squicky story, but it is a love story, and that’s what counts.

In case you skimmed that last one, I’m going to repeat a few words: cryogenic dating farm. That was the sound of my mind shuddering.

That should be enough books to keep you wiping tears and sighing in satisfaction until your hunky robot warrior comes back from Moonbase Delta, but if you’ve got a favorite sci-fi romance that’s not on the list, tell us in the comments. Keep the gushing about dreamy aliens to a minimum, though.

Thanks Daniel! Some are kind of eh for me, but others are right on the money! I appreciate the, ahem, variety...

Love Minus Eighty sounds interesting. I think I will grab a copy.

The Forever War is probably my favorite stand-alone science fiction book of all time.