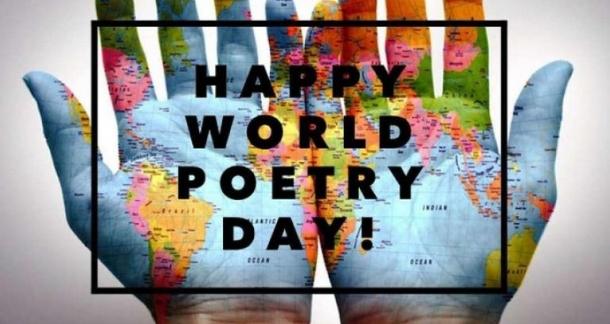 March 21st marks the 20th anniversary of World Poetry Day! Started in 1999 by UNESCO, the goal of WPD is to “give fresh recognition and impetus to national, regional and international poetry movements.”

To celebrate this literary holiday, we’re covering 11 of the best poetry collections around — indeed, narrowing it down to just 11 was an epic feat in itself. If you’re already a poetry-lover, this list will give you an excuse to revisit a number of collections you’ve probably already read. If you’re new to the poetry game, we hope this will give you a good primer for kicking off your newfound obsession with poetry. 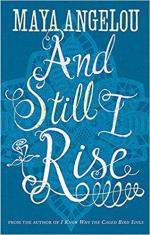 "And Still I Rise" by Maya Angelou

Comprised of 32 poems and divided into three chapters, And Still I Rise was published in 1978, heralding a message of hope and perseverance. Just like the title suggests, says scholar Carol E. Neubauer, the poems “are inspired and spoken by a confident voice of strength that recognizes its own power and will no longer be pushed into passivity.”

While the collection could be more accessible in terms of readability when compared to some of the other books on this list, it’s not because the poems within are “easy reading.” Angelou covers a range of topics: abuse, addiction, faith, aging, sexuality. What carries through the collection is the impression that this is an author with a strong, self-aware, unapologetic voice.

Check out the poem: “Phenomenal Woman” 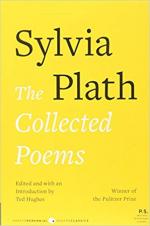 "The Collected Poems" by Sylvia Plath

This is not the kind of poetry collection you crack open on a Saturday morning with the expectation that you’ll have polished it off by Sunday night. The collection contains almost all of Plath’s poetry — 274 poems, to be exact — and publishes them in chronological order, so that readers can follow along on the progression of Plath’s writing. What many readers observe is that Plath’s earlier poetry has a more formal (but still very accomplished) air to it, while her later works take more risks and become more theatrical. To witness this progression of a writer as seminal to confessional poetry as Plath is a witty and brooding ride worth taking.

Check out the poem: “Daddy”

Daddy, I have had to kill you.
You died before I had time——
Marble-heavy, a bag full of God,
Ghastly statue with one gray toe
Big as a Frisco seal 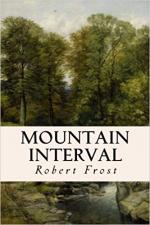 At the age of 38, Frost decided to sell his New Hampshire farm and move with his family to England to devote himself to poetry. He eventually returned to the States, and is now considered one of the best poets of 20th-century America — his pastoral, vocabulary-sparse poetry has come to define in large part the modern image of rural New England.

Mountain Interval opens with Frost’s most famous poem, “The Road Not Taken.” Incidentally, this poem also announces the theme of the collection at hand: the course of life is forked and how your life unfolds is all down to the decisions you make.

Check out the poem: "The Road Not Taken"

Two roads diverged in a yellow wood,
And sorry I could not travel both
And be one traveler, long I stood
And looked down one as far as I could
To where it bent in the undergrowth 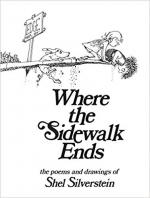 "Where the Sidewalk Ends" by Shel Silverstein

What do you find where the sidewalk ends? Well, in Silverstein's beloved-across-generations poetry book, it’s suggested that you would find: a girl who eats a whale, a boy who turns into a TV set, a garden of diamonds, sisters for auction, and crocodiles on their way to the dentist — just to name a few. As you might be able to guess, Silverstein creates an absurd and outrageous world in Where the Sidewalk Ends where anything goes.

His own striking illustrations aside, Silverstein’s poetry is best brought to life when read aloud: the alliteration and assonance make each work a joy to read. This likely had a hand in the collection being deservedly named one of the 100 Greatest Books for Kids by Parent & Child magazine.

Check out the poem: “Where the Sidewalk Ends” 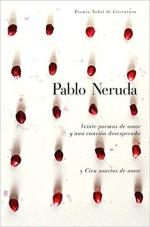 Or, in English: “Twenty Love Poems and a Song of Despair.” It was this collection of poetry that put Nobel Prize winning Chilean poet Neruda on the map when he was just 19-years old. (His first published poem came when he was only 13-years old!)

At the time, the collection was considered very controversial for its eroticism — and this was doubly controversial due to the author’s young age. However, this controversy didn’t hinder the book’s success (in fact, controversy usually flames the fire of a book’s success), and it is now the bestselling poetry book ever published in Spanish. It touches on themes such as youthful passion, isolating grief, and the power of the natural world.

Check out the poem: “Tonight I Can Write the Saddest Lines”

Tonight I can write the saddest lines.

Write, for example, ‘The night is shattered
and the blue stars shiver in the distance.’

The night wind revolves in the sky and sings. 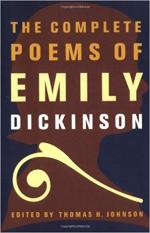 "The Complete Poems" by Emily Dickinson

One of the most famous poets today died with fewer than a dozen of her poems published. In fact, her first volume was published posthumously when her younger sister discovered almost 1800 poems written and hidden by Dickinson. But the volumes that were published after her death were heavily edited from their original versions.

Fortunately, The Complete Poems of Emily Dickinson, published by scholar Thomas H. Johnson in 1955 rectifies all of these earlier mistakes and presents Emily Dickinson to us in her full witty, mysterious glory

Check out the poem: “Because I Could Not Stop for Death”

Because I could not stop for Death –
He kindly stopped for me –
The Carriage held but just Ourselves –
And Immortality. 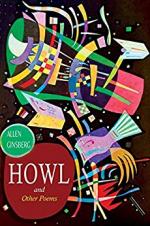 "Howl and Other Poems" by Allen Ginsberg

If you know of the Beat Generation, you likely have heard of Allen Ginsberg, as it’s not possible to separate the two. For those who aren’t already familiar, the Beat Generation was a literary movement sparked by a group of writers who turned their pens on post-war American politics and culture, rejecting materialism and “traditional” values, and embracing sexual liberation and self-expression. Many of these writers, including Ginsberg, were placed under scrutiny and charged with obscenity. Luckily, we know how those trials turned out.

Check out the poem: “Howl”

I saw the best minds of my generation destroyed by madness, starving hysterical naked,
dragging themselves through the negro streets at dawn looking for an angry fix,
angelheaded hipsters burning for the ancient heavenly connection to the starry dynamo in the machinery of night 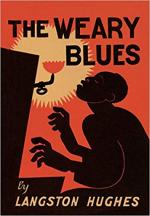 "The Weary Blues" by Langston Hughes

According to author Barry Wallenstein, jazz poetry “demonstrates jazz-like rhythm or the feel of improvisation.” It was first brought to public attention in the 1920s by African American writers, and was thought of as being “outside” the mainstream. One of the first and most prominent innovators of jazz poetry was Langston Hughes — who is also considered as the leader of the 1920s Harlem Renaissance: an explosion of social, artistic, and intellectual African American expression taking place in Harlem.

To learn more about what the Harlem Renaissance encompassed, one can possibly do no more educational reading than The Weary Blues.

Check out the poem: “The Weary Blues” 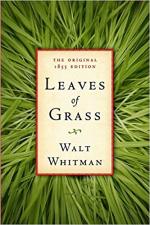 "Leaves of Grass" by Walt Whitman

The first edition of Whitman’s most famous collection was published in 1855. However, Whitman spent much of the next 37 years of his life revising the book, which led to a number of quite different editions of the book. In fact, the first release contained twelve poems, while the last comprised over 400!

Like many of the other collections on this list, Leaves of Grass was considered very controversial at the time of its original publication because of its explicit sexual imagery. In the mid-19th century, candid images of sensuality were considered immoral and highly unusual in published literature. However, again, like many of the other entries in this list, the book transcended its controversy and is seen today as one of America’s most central works of poetry.

Check out the poem: “Song of Myself”

The atmosphere is not a perfume, it has no taste of the distillation, it is odorless,
It is for my mouth forever, I am in love with it,
I will go to the bank by the wood and become undisguised and naked,
I am mad for it to be in contact with me. 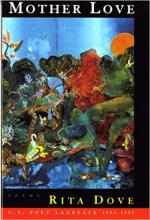 At the very end of her time as US Poet Laureate in 1995, Dove published Mother Love, a collection which explores the intense bonds between mothers and daughters, and the cyclical life of this bond: each mother is a daughter and each daughter is a potential mother. This relationship is examined through the lens of Greek mythology, particularly through the goddess Demeter and her daughter Persephone.

Check out the poem: “Mother Love”

Who can forget the attitude of mothering
Toss me a baby and without bothering
to blink I’ll catch her, sling him on a hip.
Any woman knows the remedy for grief
is being needed: duty bugles and we’ll
climb out of exhaustion every time 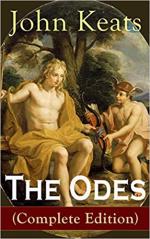 "Ode to a Nightingale" by John Keats

We don’t want to sound like a broken record here, but it is truly unfortunate that many celebrated poets were only widely celebrated after their death. Keats is one of those poets whose sensual imagery (there’s just something about poetry and sensuality, isn’t there?) caused many during his time to turn up their nose. And now, of course, he is one of the most celebrated English poets in modern history.

According to Keats’ friend Charles Armitage Brown, the composition of one of Keats’ most beloved collection, Ode to a Nightingale, was done in a way that feels poetic in itself: “In the spring of 1819 a nightingale had built her nest near my house. Keats felt a tranquil and continual joy in her song; and one morning he took his chair from the breakfast-table to the grass-plot under a plum-tree, where he sat for two or three hours. When he came into the house, I perceived he had some scraps of paper in his hand, and these he was quietly thrusting behind the books. On inquiry, I found those scraps, four or five in number, contained his poetic feelings on the song of our nightingale.”

Check out the poem: “Ode to a Nightingale”

Thou wast not born for death, immortal Bird!
No hungry generations tread thee down;
The voice I hear this passing night was heard
In ancient days by emperor and clown:
Perhaps the self-same song that found a path
Through the sad heart of Ruth, when, sick for home,
She stood in tears amid the alien corn

How about you? Share some of your favorite poets and poetry in the columns below.