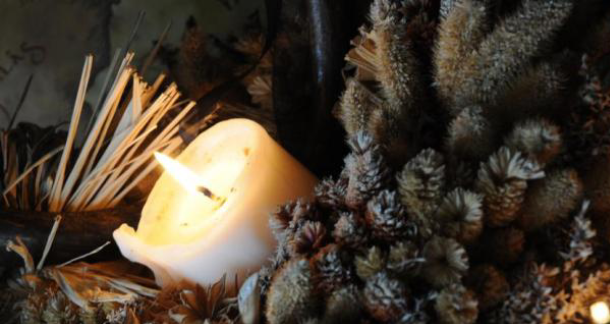 The Winter Solstice has come early for a lot of people in the Midwest and on the East Coast this year. Glittering blankets of white already coat plenty of lawns. The cold has struck many bones. Whether you enjoy catching snowflakes on your tongue or sipping hot cider under a blanket, there is something for everyone to enjoy about this time of year.

For Pagans and less traditionally religious people, this is also a great time to share books with loved ones. People are spending more time indoors. Imaginations are running wild. A bit of magic lingers in the air.

Also called Yule, the year’s shortest day is a perfect time to forget the world and get lost in a book. From children’s tales through middle grade, young adult, all the way up to adult reading material, here is a list of some favorites in order of age.

Children are quick learners. It doesn’t matter if they’re being raised Christian, Pagan, or Atheist, there are plenty of books that host instruction or whimsical stories that fall on the Winter Solstice.

"The Winter Solstice" by Ellen Jackson

This is a beautifully illustrated picture book that goes over both the historic and scientific reasons for the season. There is folk lore as well as an experiment to display the earth’s position in relation to the sun. It’s a perfect resource for any parent this time of year.

For those looking to offer kids a fun fictional tale that explores the nature based faith side of the day, Kyrja’s Rupert’s Tales is a perfect way to delve into the changing of the seasons through the eyes of a cute bunny. Rupert witnesses a group of Pagans celebrating and comes to understand their customs. 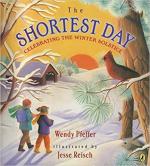 "The Shortest Day: Celebrating the Winter Solstice" by Wendy Pfeffer

This is a sweet, simple picture book about nature. Raising little nature lovers is easier than ever with stories like this.

"The Mitten" by Jan Brett

Even the classic book, The Mitten, paints a beautiful picture of winter and its wonders. Less centered on the human aspects of celebrating (or surviving the cold), a small animal finds warmth inside a wayward mitten, but then more friends show up and they all end up in a hilarious situation. 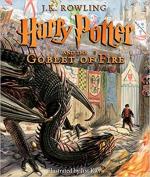 "Harry Potter and the Goblet of Fire" by J.K. Rowling

As kids grow, so too do books. In the middle grade/young adult realm, one cannot forget that even Hogwarts hosts a Yule ball in Harry Potter and the Goblet of Fire (something Pagan kids go nuts over). All the students spend time worrying over what to wear and who to take with. It is akin to the preparations that many Pagan families go through when planning a Yule feast─which is never complete without singing and dancing. 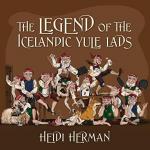 "The Legend of the Icelandic Yule Lads" by Heidi Herman

Lads follows a group of boys as they learn the joy of giving. Mischievous and fun, it mixes Christmas and Yule sentiments since both holidays share a lot of the same traditions. 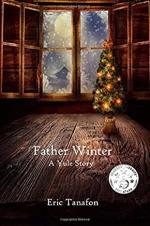 A lesser known, but still critically acclaimed book for older kids titled, “Father Winter,” is another great Yule story that anyone can enjoy. Aimed more for young adults, this lengthy chapter book is mature enough for adults but has a lot to say to the next generation coming up. 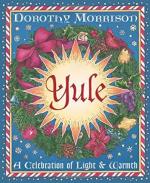 "Yule: A Celebration of Light and Warmth" by Dorothy Morrison

This is a crash course on the customs that honor the shortest day of the year. Anyone interested in learning about other faiths or exploring their path will benefit from reading this. 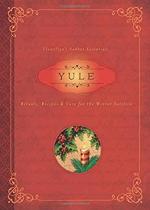 "Yule: Rituals, Recipes & Lore for the Winter Solstice" by Susan Pesznecker and Llewellyn

Another great resource that also serves as a festive cookbook for some. It hosts plenty of helpful tips and ideas to give readers the boost they need to customize their celebration. 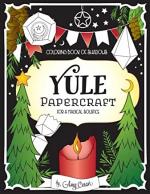 "Coloring Book of Shadows: Yule Papercraft for a Magical Solstice" by Amy Cesari

And for the crafty, kid-at-heart witches, Pagans, and wintery wonderfuls, Amy Cesari released the beautiful, Coloring Book of Shadows: Yule Papercraft for a Magical Solstice. There is something about getting in touch with your inner child and making decorations that really connects a person to the holidays that is perfectly captured in this book.

What are some of your favorite Yule time books? Share them in the comments. And Happy Solstice!