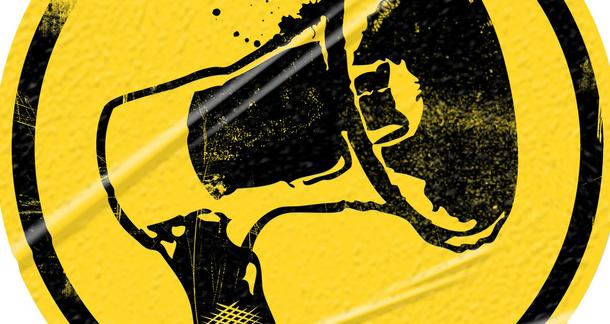 If you’re running a publishing house or self-publishing, sooner or later you’ll need to write a press release. Sure, there are other ways to get the word out—like door-to-door cold calling, physical theatre and old school intimidation—but the press release is a more traditional approach, and unlikely to land you jail time or judgement… provided you get it right.

So, how to begin? If you’re fortunate enough to receive any press releases from other publications or agencies, you could do worse than to simply take your favourite and adapt it for your own means. But I’ll assume you’re reading this column because you want a little more guidance.

You’d be surprised at how often publishers and agencies alike omit vital information. Granted they’re unlikely to forget to include the title (though sometimes they don’t reveal it as soon as they should, which FYI is immediately) but other mandatory details are oft missing. Please include the following:

Get your message across as quickly and succinctly as you can.

2. Get To The Point With A Snappy Title

Time is money and these days people don’t have much of either, so get your message across as quickly and succinctly as you can. You’re going to need to pack a lot into the first line, but first ensure your email subject and press release headline are on-point. Your first task is to get the right people to open the email. A poor example of a headline is the title of the book. A better example will include more pertinent information. Take for example, ‘Arrow Films announce Home Entertainment release of crime drama Witnesses’. I know the title – Witnesses, the genre, the two parties involved and the purpose of the press release. Opening the email I learn a little more through the headline:

Now I know it’s a home rather than cinematic release and I have a release date, too. There isn’t an obvious call-to-action, so let’s address that now.

Why are you writing the press release? What do you want the recipient to do? Let them know early on. If it’s to run a review, interview or feature on your product, don’t be afraid to state your aim from the off. In the press release for The Visible Filth by Nathan Ballingrud I unashamedly declared, “REVIEW COPIES AND INTERVIEWS AVAILABLE”. In the Arrow Films press release cited above it isn’t until the final paragraph a timid voice whispers, “If you are interested in reviewing Witnesses, please let us know your disc format preference (DVD or Blu-Ray), and a check disc will be automatically posted to you.” I appreciate in a society of social media shouters—“Buy my book now! Now! Now!”—there’s apprehension to make too much of a song-and-dance over promotion, but if ever there is a time to plug your book and ask people to review it you can bet your bank account it is when writing a press release. (Side note: I appreciate in the case of Witnesses the modus operandi was to announce Witnesses’ DVD release, but I still think they missed a trick in not making a more obvious call for reviews. Incidentally, if the call had been for Kickstarter backers I’d still advocate an obvious call-to-action and link upfront with the meatier justification to follow.)

In a world adorned by art—good and bad—it can be difficult to stand out from the competition, especially when requesting coverage from well-respected media outlets. Do yourself a favour and garner advanced praise as ahead of time as possible. True, it will be difficult to track down Stephen King or Chuck Palahniuk (though by no means impossible) but a meaningful quote from a well-respected figure or publication in your subgenre will help you stand ahead of the competition. You also want to make sure the advanced praise comes from someone with a higher profile than you. Take for example Richard Thomas, fast becoming a respected author in his own right (and rightfully so). His new release Disintegration received praise from Irvine Welsh, the author of Trainspotting.

You can’t get away without including some semblance of synopsis within your press release (though some will try—I’ve actually read press releases that describe ‘a horrifying new novel’ and leave it at that). The key word here is ‘succinct’. The recipient wants a flavour of your story/film/product, but they’re not looking for an essay. A good rule of thumb is to include as much as you would for the back cover blurb. A few choice lines that conjure up the story’s essence. No synopsis equals no reason to check out your product, but too much and you’ll run into a similar problem. Remember, time is money.

Why are you writing the press release? What do you want the recipient to do?

6. One Page Is Better Than Two

Less is more, so pack as much information into as small a space as possible. Don’t go beyond two pages; do strive to write less.

Include your contact details. Hopefully you’ll include an email and telephone number, but why not go a step further and include social media profiles, websites and even a good old-fashioned postal address. This needn’t be in your face, but part of the footer or signature.

Make it look good. This doesn't mean trying too hard to get noticed. No wacky fonts, text colours, variable type sizes, gifs, flashing texts or embedded videos that automatically play, please. I’ve seen all of the above and I can assure you they’re more likely to induce a seizure than a favourable response. It’s all about simplicity and functionality. Try hard with your content, not with superficial aesthetics.

What you need is a consistent and recognisable style. Are you italicising or capitalising film and book titles? Are you consistent in your use of bold? How about images? Use them sparingly—an author photo, book cover and perhaps the publisher’s logo, but no more please. Remember your press release is an extension of your brand, so ensure it conforms to the usual rules and style guidelines you’d follow. This isn’t the time for stylistic experimentation. Perhaps you want to play with the content and call to action to assess how well they convert, but do not alter the aesthetic makeup of your brand.

I said above to use images sparingly. The same goes for videos, audio files and all multimedia. No one wants their inbox clogged up with unsolicited files, particularly when it’s going to affect the loading time of your press release. My advice is to have a link to further assets on an external website. That way if people want to check out extra images, videos and audio files, they can do so without burdening everyone else. I would also caution against attaching a PDF of the press release. Just keep the text in the body of the email. If there’s a fuller press release just provide a link. ‘Full press release available here’ should suffice.

The one exception to attachments is when providing eBooks for review. If you want people to review your book, make life easier and just attach it. It saves back-and-forth query time. I’d recommend MOBI, ePub and PDF formats to cover all bases. Incidentally, if you do insist on only providing PDF, don’t be surprised if you don’t receive a positive response. Have you seen how small those files come up on a regular sized kindle? And if you watermark the PDF, well, expect it to go straight to the trash.

(FYI: if you have an online link to a film you’re promoting feel free to include the link from the off, too.)

While the main focus of this article has been ‘how to write a press release’ (the clue is in the title) it should come as no shock that a little personalisation pre-press release goes a long way. I can tell you both from personal experience and anecdotally of the huge benefits you’ll receive from taking the time to write a few lines personally to the recipient of your press release. Sure you can go for the scattergun ‘Bcc everyone you know’ approach and you’ll occasionally score, but you’ll do much better if you take the time to individually email those people that really matter. For one, everyone can tell whether they’re part of a generic mass mail-out or a personalised message. It also allows you to go deeper with your call to action. What do you want? Why should they do what you want? What can you offer them in return? Answer these questions and make the benefits reciprocal and you are on to a winner. The return offer needn’t be huge or explicitly nailed to the page. A continuation of a mutually beneficial professional relationship or friendship is fine, just make sure there’s something.