10 Things You Should Know About Plurals 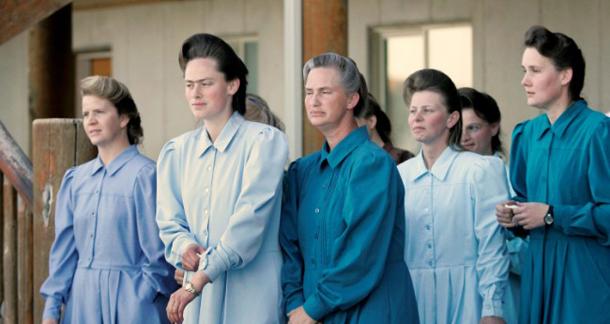 When you want to refer to more than one of a particular noun, you add an s and BINGO, you have a plural noun. Easy, peezy. Right? Of course not! English is one of the most irregular languages; every so-called rule of grammar, spelling, or pronunciation seems destined to be broken.

In the English language, there are lots of ways to get it wrong, so here’s a refresher on 10 things you should know about plurals. And pay attention because the rules here are iffy.

Typically, to make a plural noun from a singular noun, add an s. This rule, like many English language rules, depends on what sounds good. Many nouns end with sounds that are conducive to just adding an s.

English is one of the most irregular languages; every so-called rule of grammar, spelling, or pronunciation seems destined to be broken.

Since it has to sound good, nouns that already end with an s-like sound need an es to become plural. Words that end with x, z, sh, s, or a soft ch sound will typically use an es ending in the plural form.

If you have a word that ends in f or an f-sound (like safe, which actually ends in e but sounds like f), it might take a simple s to form the plural, or you might need to changes the f  to a v.

Sometimes the spelling is different in other English speaking regions. According to the Chicago Manual of Style, 15th Ed (CMOS 15), in the U.S. we use wharf/wharves, whereas the Brits uses wharf/wharfs.  The rules here are practically nonexistent. For these, I recommend memorization and a bookmarked link to an online dictionary.

..that’s a whole other issue. According to CMOS 15, “there is no firm rule for determining” when to use s or es to form a plural from a word that ends in o, but there are two tricks that may help you decide which one to guess.

An exception to this hardly-useful-in-the-first-place rule is the word zeros. No explanation as to why.

Speaking of y, nouns that end in this letter are often changed to ies when forming the plural version.

According to CMOS 15, nouns that end in a consonant, or a consonant sound like qu, end with ies in the plural form. However, if the noun has a vowel before the y or if it is a proper noun, then just add an s and go about your day.

If you are still using an apostrophe to indicate a plural form of an acronym, you can be forgiven. This rule has stuck around in the various style guides for quite some time. But like DVDs (not DVD’s as the copywriters of yore would have it), this rule is on its way to becoming completely extinct. To make an acronym into a plural, add a lower case s to the end. That’s all.

This might be the hardest one to remember. Modern English speakers get it wrong all the time in every day conversation, so it’s hard to remember. Here we go: when two or more words are used together to create a noun, with or without a hyphen, you need to be sure to pick the noun or the main noun (if there is more than one) that is being turned into a plural. The main noun is not always first, nor always last, nor always easy to identify. Let’s parse through a few examples.

As with all these pesky plurals, it’s best to look it up in a reputable source.

8) Plurals that are the same as their singular form

Some words are interchangeable as either plural or singular. For these words, the reader must look at the context and the verb forms that surround the noun in order to determine whether or not it is being used as a singular noun or as a plural noun.

Modern English is a conglomeration of words from other language origins. German, French, Greek, and Latin words form a significant part of our everyday communication—and we habitually use them incorrectly. Latin words, however, seem to give us the most trouble when it comes to using their singular and plural forms correctly. Last month, a reader of my 10 Words You Literally Didn’t Know You Were Getting Wrong wrote in the comments that it irked her when people used the word forum incorrectly. Forum is the singular noun derived from the Latin word for “a public market.” According to the typical rules for making this into a plural, more than one forum would be fora.  Instead, you have probably heard the word forums used more often.

While it is technically not correct, it sounds fine to our English speaking ears, and as we learned in item one, what sounds good occasionally wins. Language is always evolving, and the rules do change based on common usage. I would not say that forums is wrong if I were to come across it.

Here are a few other Latin-derived words with confusing plurals.

Generally speaking, data is accepted in the English language as a singular or plural. Use datum if you must, but I wouldn’t sweat it. Again, what sounds good usually prevails, and “The data reveal a slight lead” just doesn’t sound right.

Don’t despair, though, purists. There are still plenty of Latin-derived words that have maintained their plural forms.

10) And then some are just irregular

And then there are those nouns that are just irregular. There are some patterns to observe; here are a few.

And some plurals just don’t make sense. Here are a few to memorize.

Consult the dictionary. When it comes to plurals, all the rules are meant to be broken. Sometimes a plural word isn’t even a form of the singular, so look it up in a dictionary to be sure.

What plurals catch you up? Which ones seem surprising? What do you think about the shift away from strict observance of the proper Latin plurals? Inevitable? Sacrilege?

For More Lessons From Taylor, Check Out Her New Class:
Grammar & Style: 2 Weeks To Nail The Basics

The latin plurals really trip people up. Alumnus, Alumna, Alumnae, and Alumni. When sex is brought up in regards to plurals, it further muddles things up.

When sex is brought up in regards to anything, it muddles things up.

i like the idea that the language is evolving. why keep using a form if it sounds awkward?