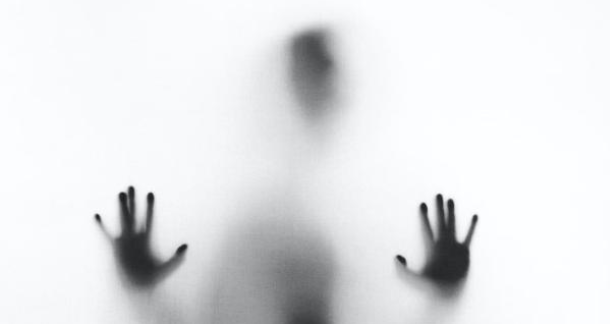 Goodbye, Mexican Gothic! Goodbye, The Southern Book Club’s Guide to Slaying Vampires! Say hello to 2021 and our new crop of horror books, fresh off the press! As usual, horror authors didn’t disappoint this year, delivering a flood of haunted houses, creepy coincidences, brilliant re-imaginings, and lingering mysteries that will make the hairs on the back of your neck stand up.

Since it’s October, we put this list together for you to get your scares in, just in time for everyone’s favorite spookiest holiday of the year — and we’ve included the star ratings of Goodreads users to help you filter through it. Without further ado, let’s bite into it! 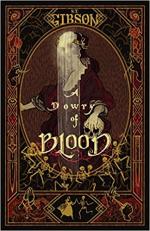 A queer reimagining of Dracula’s brides. Do I have your attention yet? Yep, this atmospheric, haunting novel might be the story about Dracula that you never knew that you wanted. At its heart is Constanta—an ordinary peasant who is saved from death and resurrected to become Dracula’s eternal bride. Thus follows an exquisitely dark tale that spans centuries and continents, as Constanta is caught deeper in a web of lies and passion. The best horror novels have something to say about the human condition, and A Dowry of Blood has that in spades, delivering a message about abuse, toxicity, and codependency in beautifully written prose.

Get A Dowry of Blood at Bookshop or Amazon 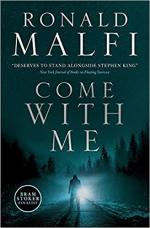 You know you’re going to get chills from Ronald Malfi, Bram Stoker nominee and horror author extraordinaire—but the nature of them changes from book to book. Come With Me is Malfi’s latest triumph, revolving around a simple phrase that Allison Decker says one winter morning as she heads out to the mall, telling her husband: “Come with me.” Aaron Decker turns her down, but little does he know that would be the last time he would ever see her. Spun into a spiral of grief after her murder, Aaron finds a receipt for a motel room in a distant part of the country among her belongings—setting off a spiral of a different sort altogether, as he horrifyingly races to uncover why his wife was there, what his wife was doing, and who his wife was.

Get Come With Me at Bookshop or Amazon 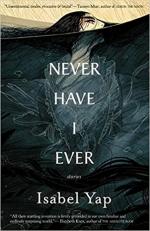 If you don’t have huge blocks of time to sit around reading for hours on end (and let’s be real, who does these days?), then consider this stunning collection of short stories from Isabel Yap. A seamless blend of magical realism and horror, Never Have I Ever draws from Filipino mythology to weave together something altogether otherworldly and unsettling. Consider, for instance, the manananggal, the Filipino equivalent of a vampire, who sprouts bat-like wings to prey on sleeping, pregnant women in the night, splitting their bodies in half to suck out their fetuses with a long tongue. You’ll meet one in Never Have I Ever—and much, much more.

Get Never Have I Ever at Bookshop or Amazon 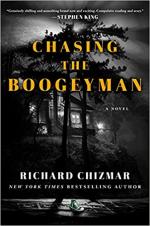 One thing makes Chasing the Boogeyman possibly even scarier than the others on this list: it’s presented as a tale of true crime, and it’s pulled off so convincingly that there is a non-zero chance that it will have you reaching for your laptop to Google facts before you remember that this is actually a work of fiction. Richard Chizmar delivers an immersive, creepy reading experience that takes place in a small town in Maryland, where a teenage girl has recently been murdered. Soon, more deaths follow—with all of the victims missing their left ear. What do the locals call this killer who slips in and out of their lives, disappearing without a trace? The Boogeyman.

Get Chasing the Boogeyman at Bookshop or Amazon 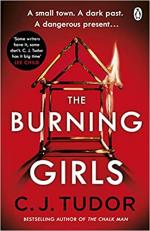 Chapel Croft has a history of mysterious incidents. Five hundred years ago: eight protestant martyrs burned at the stake. Thirty years ago: the disappearance of two teenage girls. And two months ago: the suicide of a local vicar. Not particularly the best-sounding little town to start a life, you might be thinking—but this is exactly where Reverend Jack Brooks and her daughter, Flo, move, in hopes of finding a fresh start. Compulsively readable and literally thrilling, The Burning Girls thrusts Jack into the center of this town’s labyrinth of secrets and twists to discover how everything might be linked in this brilliant horror story and whodunnit mystery all rolled up into one.

Get The Burning Girls at Bookshop or Amazon 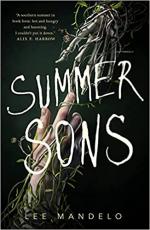 Andrew and Eddie were the best of friends, bonded even closer than brothers. That is, until Eddie died, bequeathing Andrew a house he doesn’t want, a roommate he doesn’t know, and friends he doesn’t like. It’s not just that horrible inheritance that compels Andrew to go to Nashville, however—it’s that Andrew isn’t convinced that Eddie died of suicide, as the authorities told him. Which is why he goes… only to find that whatever Eddie encountered might already be waiting for him.

Get Summer Sons at Bookshop or Amazon 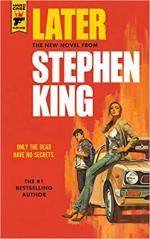 Any list of horror wouldn’t quite be complete without the name Stephen King. And we got lucky in 2021—the master of spine-tingling terror graced us at the beginning of the year with a brand-new novel in the form of Later. Like its fantastic old-school cover, King goes back to his tried-and-true writing roots here, spinning an unputdownable coming-of-age tale with a horror twist. Rather than the gang of lovable losers in It, meet Jamie Conklin, our child narrator for this ride. But he’s no mere child: he can see the dead. Which proves to be terrifying when an NYPD detective discovers his secret and taps him to help track down a killer whose evil just won’t stay buried.

Get Later at Bookshop or Amazon 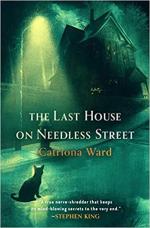 When Stephen King himself says, “The buzz is real. I've read it and was blown away. It's a true nerve-shredder that keeps its mind-blowing secrets to the very end,” about a horror book, you generally should sit up and listen. That’s the case with The Last House on Needless Street, where a family of three live: Ted, his daughter, and his cat, which reads the Bible perfectly. The critics have raved about the twists, but the dimension that Ward brings to the characters might be even better. Prepare to have all of your expectations shattered.

Get The Last House on Needless Street at Bookshop or Amazon 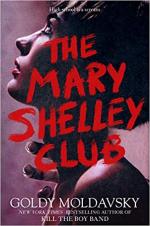 Meet the Mary Shelley Club at Manchester Prep, which isn’t exactly your average book club. No, the Mary Shelley Club is a secret club of students that goes out with one mission on its mind: to dole out fear through the scariest pranks that its members can come up with. As you can imagine, this is a volatile situation that can spin out of control—which it does, when the pranks escalate and someone takes it upon themselves to target the club itself. Though this instant classic might lean a bit towards YA territory, it will deliver plenty of Scream-inspired scares on Halloween.

Get The Mary Shelley Club at Bookshop or Amazon 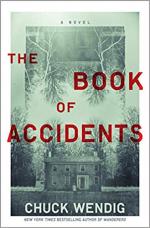 Chuck Wendig is another big name to have published a book in 2021, and it lives up to his growing reputation as a master of modern horror. You might not think that anything new can be done with a haunted house at this point, but both Catriona Ward in the previous entry and now Chuck Wendig flip the trope on its head to weave altogether different but equally chilling stories. The Book of Accidents tells the story of a broken family who’s just returned to an old hometown, which sparks a slow slide of dread and fear as the darkness ramps up and generational trauma sets in.

Get The Book of Accidents at Bookshop or Amazon

There you have it! The 10 scariest books of the year, according to the users of Goodreads. Which ones have you read? What spooky tome tops your own personal list?

Life is so tiring. I just discovered a good website, you can go here for fun retro bowl unblocked