10 Reasons Why You Should Be Reading Barry Gifford RIGHT NOW! 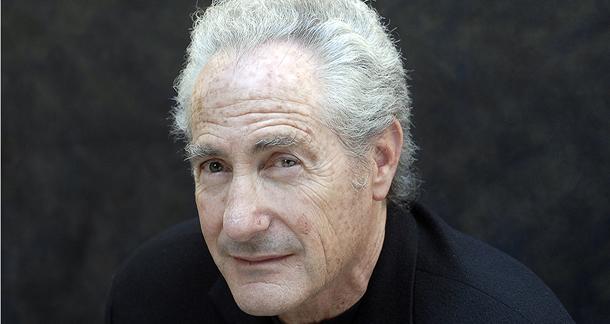 Alright, folks, let’s talk about Barry Gifford. As far as I’m concerned, the man is the very definition of what a great American writer should be: Diverse, culturally savvy, and completely unafraid to take chances when it comes to his art. If you’re not reading Gifford, you are missing out on one of the most original voices currently publishing in the American scene. So let’s get our listicle on and take a look at 10 reasons why you should be reading Barry Gifford right fucking now!

Over the past 40 some odd years, Gifford has written nearly 60 books ranging from poetry and essay collections-to-novels and literary biographies. Gifford has a wide ranging imagination and intellect, which is pretty rare to see in the modern literary landscape.

Gifford is very much a student of film noir and classic crime fiction, but he doesn’t cling to it and attempt to recycle what’s already been written.

9) He Could Be A Character In One Of His Novels

Seriously. His dad was a gangster, his mother was a teenage beauty queen, and he was born in the hotel room in Chicago where his old man conducted his illicit business. He dropped out of the University of Missouri in his freshman year to travel around Europe as a poet and musician. He was one of Rolling Stone’s first staff writers. He was smack dab in the middle of San Francisco during the summer of love. Yeah, the man has lived an extraordinary life.

8) He’s A Master Of Storytelling Economy

If you’re the type of reader who absolutely loves 600 page cockroach killer size novels, you’re not going to dig Gifford. Most of Gifford’s books are in the 50,000 word range and he makes every single one of those words count. No, you’re not going to be weight lifting with Gifford’s books (Unless you’re reading Sailor & Lula: The Complete Novels, which clocks in a 618 pages and includes 7 novels.), but you will be infinitely entertained.

Who doesn’t love Wild At Heart? Both the novel and film are iconic and have inspired countless cultural imitators. But the original star-crossed, hell bent lovers are still the best and Wild At Heart is a must read American novel.

She started off as a very minor character in Wild At Heart, but became the embodiment of pure evil in more than a few of his novels. Most notably the vicious, twisted road novel, Perdita Durango. Perdita is the type of woman who draws dangerous men to her like flies to honey, and this is largely because, as dangerous as her men are, Perdita is twice as deadly.

5) He Was Way Ahead Of His Time

When most crime writers still considered the Italian-American mob to be the pinnacle of human evil, Gifford was writing about the Mexican cartels and Santa Muerte cults. We may think the cartels are old hat now, but back in the mid-90’s, the public had zero clue about how brutal and influential the cartels actually were. But Gifford knew, and poured on the horror in Perdita Durango.

Long before Black Lizard became the American dumping ground of Nordic crime fiction, it was the premiere publisher of both classic and contemporary crime fiction. The Black Lizard catalog featured such novelists as Jim Thompson, David Goodis, Charles Willeford, Patricia Highsmith, Ross MacDonald, Raymond Chandler, and Dashiell Hammett to name just a few. Basically, if you were reading crime fiction in the 90’s, chances are it was published by Black Lizard.

3) He Is The Definition Of Noir

Even though “noir” has been a crime fiction community buzzword for the past 20 some odd years, we more often than not confuse it with hardboiled crime fiction. The fact of the matter is that most writers who consider themselves to be noirists are far from it. But Gifford gets noir. In fact, he is one of the few American masters of the genre.

2) He Has A Real Respect For Literary History, But He Doesn’t Imitate It

Probably my biggest complaint about crime fiction over the last 5 or so years is the lack of forward momentum the genre has been experiencing. My belief is that as a genre it clings a little too closely to its history and the standard storylines and character types. And when it comes right down to it, it is a good thing to respect history, but quite another to constantly repeat it and cling to warmed over tropes. Gifford is very much a student of film noir and classic crime fiction, but he doesn’t cling to it and attempt to recycle what’s already been written.

Seriously, Gifford is one of America’s best living novelists, so started reading him already.

Horror and Crime: A Writer's Education

Joshua Chaplinsky from New York is reading a lot more during the quarantine July 27, 2015 - 6:09am

I've only read Wild at Heart, because of the David Lynch connection, and I love Lost Highway, which Gifford co-wrote. The un-cut Perdita Durango movie is pretty crazy, too.