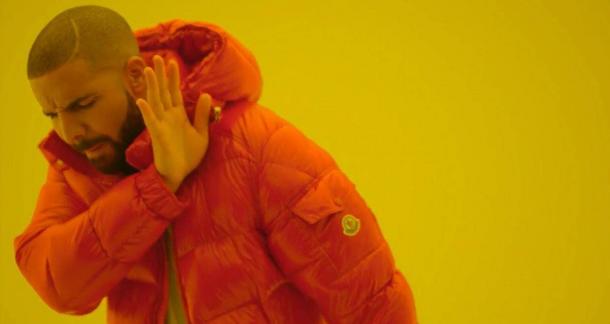 I've heard incredibly dumb and inaccurate things while talking to other writers at work, in the streets, after readings, at conferences, after delivering keynote speeches, and when teaching MFA classes. They usually have to do with writing and how it should be done. I'm a journalist, so I often ask questions, and when someone says something I think is wrong or misinformed, I immediately ask them where they heard it. In my experience, most people who say inaccurate things about writing do so because they learned those things from other writers. I don't recall coming across any guides to being a good neurosurgeon online lately. However, I see at least three essays giving writing advice weekly, and most of them repeat the same things. Well, I'm here to tell you that one of the best things you can do for your writing career is unlearning some of the stuff you've learned along the way.

I know unlearning sounds counterproductive, but the kind of stuff I'm encouraging you to unlearn is stuff that is probably holding you back. There is a lot of weird advice circulating the web, so I'll take ten of the most common pieces of advice out there and then tell you exactly why you should ignore them, unlearn them, throw them away. Here we go.

You should write at a certain time of the day

You've heard this one before. Get up early and get your writing for the day done. Stay up late and write at night because that's when you're most productive. Both are bullshit. Only you know when you can write and when writing works best for you. Only you know if you're a morning person or a night owl. We all have different sleep patterns (hell, some of us basically never sleep), and that plays a huge role in terms of when you can get writing done. The point is this: find what works for you and ignore the "rules" others tell you about.

If you get tired of people asking you what genre you write, make up your own. It worked for me.

Haha. Fuck you. This is one of those statements that reek of privilege. You don't know my life. You don't know how hard it is for people with kids, two jobs, and long commutes to get words on the page. You don't know how hard it is to get writing done when you're traveling all day or when you're sick or when you live in the Caribbean and there is no electricity or when you work 16 hours straight and then have to crash so you can do it all over again the next day. Should you try? Hell yeah! You should try to sit down and write every day. You should try to plan ahead and carve out writing time no matter what madness is going down in your life. That said, you don't stop being a writer because you're forced to spend a day or two without putting words on the page. Try to write everyday sounds much better, doesn't it?

You need to know your genre

Genre is a thing used to sell books. Genre is a thing that imposes ridiculous limitations on your work. Genre is a word idiots think is a synonym for "lowbrow." In reality, genre is something you should ignore when you sit down to write. Write the story you want to tell in whichever way pleases you. Feel free to grab elements from every genre out there and smash them together if that works best. And remember: if you get tired of people asking you what genre you write, make up your own. It worked for me.

The first draft of anything is always shit

The first draft is always a first draft. It can be a really good first draft. It doesn't have to be shit. If you spend two years working on a novel and editing as you go and the end result is shit, you have a problem. A draft is something you work on, but it can be something solid. I mean, Hemingway said this. He also blew his brains out. Pick who you listen to. Maybe all his stuff sucked in draft form because he wrote it drunk.

This is one I hear mostly from my students. They seem to think you get a book out in the world and then start the process of building an audience. That's like taking antibiotics for an infection after they amputated your infected leg. You should build an audience the second you decide to write. You should get on social media, make connections, develop relationships with others who share similar interests, and build your platform. Then, when you have something to share, you can share it with them. While that happens, you can share the work of others and help amplify signals while making friends.

Great editors are right most of the time. They know what they're doing and want to help make your work better. Sadly, there are also mediocre and plain awful editors out there. If you wrote a story about an LGBTQ+ character and an editor tells you to change it to a straight character, politely tell them to go fuck themselves. If you want to have another language in your narrative and an editor tells you that's not appealing, go work with another editor. All editors are human, and that means some of them are wrong from time to time.

Every time I say something that's the opposite of this on Twitter, folks jump at my throat. Some say they can't read anyone else while writing and they're almost always writing. Others tell me they only have an hour of free time and spend it writing instead of reading. Well, you know what? Whatever works for you, buddy. Do you. Now I know why I've never read your work before...

Stop worrying about being a good writer and just write

No! You have to do both. I think you shouldn't spend time posing and trying to act whichever way you think an author acts. Getting better? Yeah, worry about that. Read incredible books and learn from them. Aim to write better action sequences. Practice your economy of language. Focus on making every element of your writing better with every piece you write. Writing and trying to write better are things that can happen simultaneously.

Almost everything about small presses, Big Five, and self-publishing

Listen, let me clarify a few things: Not all Big Five writers are good. Not every bestseller is an amazing book. Just because you can buy it at Costco doesn't mean it's great and it doesn't mean it's awful. Not all self-published writers are bad. There are many that are very bad and don't care about getting better so they put unedited garbage out there. There are a lot of those, but there are also gems that get self-published. Self-publishing and small presses are not the same. A small press is a smaller version of a Big Five, but it's traditional publishing anyway. Fuck vanity presses. All of them. They're predatory. Writers should get paid, not the other way around. Big Five, small press, and self-publishing require hustle, but the level of hustle required to make noise when you don't have a marketing budget is much bigger. Cover, editing, and layout matter. Anyone who tells you they don't is lying.

You have to listen to the critics

There's a big difference between listening to an agent, a publisher, a beta reader, and an editor and listening to some rando online. You write and publish, you will get haters. It could happen immediately or it could take years, but they will come. Just because someone says something negative about your work, that doesn't make them knowledgeable. Again, pick who you listen to. That person leaning a one-star Amazon review who can't use proper grammar is probably not the person whose critique you should worry about. Stay humble and listen to real thoughts about your work even when they're negative, but feel free to ignore the rest.

The most common mistake writers make is start writing too late because they were busy with other things while had inspiration. Just get your homework help from https://studyfy.com/homework-help and stop wasting your time. Write your paper now and publish it even if it's not that good.