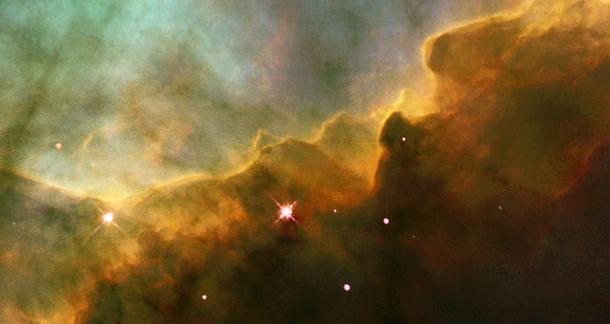 As in any genre of writing, not all science authors are created equal. It takes a special kind of genius to explain some of the most complex subjects known to man, in a manner that's both accurate and linguistically elegant. By no means a comprehensive list of books that manage to achieve such heights, these titles are nonetheless a good place to begin exploring the outer reaches of the universe and the deepest corners of the human mind.

Good writers and good scientists share many attributes. Both care about their representations of the natural world. Both work constantly to improve their craft. Both care about clarity and about audience. 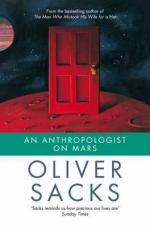 1.  'An Anthropologist on Mars: Seven Paradoxical Tales' by Oliver Sacks

It's hard to choose one title from the late, great neurologist's repertoire. An Anthropologist on Mars is as good a place to start as any, with its paradoxical portraits of seven neurological patients. It focuses on the usual sorts of subjects that Sacks is so fond of—"differently brained" people who offer a glimpse of the world through a radically different lens. 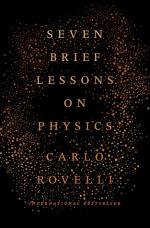 Italian theoretical physicist Carlo Rovelli has created a thoughtful, transparent account of some of the most meaningful physics breakthroughs of the past century or so. Seven Brief Lessons is a short, entertaining examination of subjects that include quantum mechanics, elementary particles, gravity, black holes, and the architecture of the universe. This slender volume has a surprising amount to offer in just 96 pages. 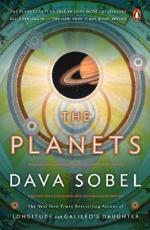 Author of Longitude and Galileo's Daughter, Sobel tackles her subjects with elegant prose. Readers can expect a dose of folklore and history alongside their astronomy. The poetic nature of the writing might dissuade those looking for a more straightforward treatise, but Sobel's skill as an essayist really shines on the page. 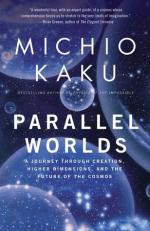 4.  'Parallel Worlds: A Journey Through Creation, Higher Dimensions, And the Future of the Cosmos' by Michio Kaku

Michio Kaku is a sort of rockstar in the world of science writing. As with Oliver Sacks, it's difficult to pick a single volume from his work. As implied by the title, Kaku addresses multidimensional space and the possibility of parallel universes in Parallel Worlds. String theory is interesting enough on its own, but it's even better with a skilled guide who can break such a complex subject down into manageable chunks. 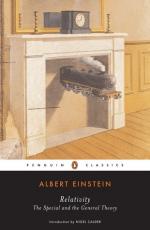 5.  'Relativity: The Special and the General Theory' by Albert Einstein

Relativity is an obvious choice for this list, but we can't forget the classics. Part of Einstein's brilliance was his penchant for dreaming. He once said that "science is a wonderful thing if one does not have to earn one's living at it." Not only is Relativity an incredibly original and historically significant work, it's also surprisingly accessible to anyone with a shred of interest. 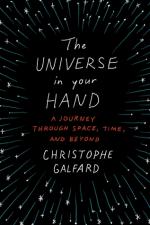 6.  'The Universe in Your Hand: A Journey Through Space, Time, And Beyond' by Christophe Galfard

Student and coauthor to the famed Stephen Hawking, Galfard has a knack for drawing the reader in with a candid and appealing voice. He explains the workings of the cosmos in such a light and compelling manner, you'll forget that you're learning something new. 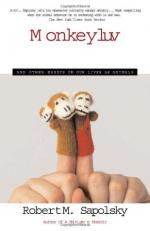 7.  'Monkeyluv: And Other Essays on Our Lives As Animals' by Robert M. Sapolsky

Monkeyluv is a collection of essays about human nature from the perspective of neurobiologist and primatologist Robert M. Sapolsky. Monkeyluv takes an enlightening look at the influence of genes and the environment on behavior, but also how the social, political, and sexual implications of behavioral biology shape human society. 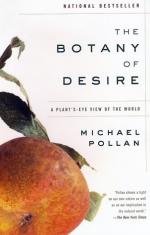 8.  'The Botany of Desire' by Michael Pollan

The Botany of Desire takes an unusual approach to demonstrating how people and domesticated plants have formed reciprocal relationships. Pollan connects the human desires of sweetness, beauty, intoxication, and control with four plants that satiate them: the apple, the tulip, marijuana, and the potato. 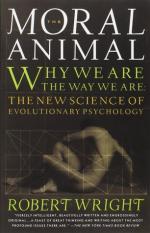 9.  'The Moral Animal: Why We Are The Way We Are: The New Science of Evolutionary Psychology' by Robert Wright

The Moral Animal is an ambitious book that picks apart the genetic motivations behind everyday actions. Wright's lyrical hand unpins the evolutionary impulses behind everything from sex to casual conversations. If you're looking for some food for thought, you won't put this title down hungry. 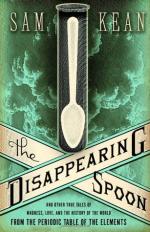 10.  'The Disappearing Spoon' by Sam Kean

In the only chemistry book on this list, The Disappearing Spoon tells the tales of every element on the Periodic Table. Kean looks at how they individually interacted with and changed human history, as well as the scientists who discovered them.

The field of science writing is too vast to cover in one short list. Let us know in the comments if you've recently read something that deserves a mention.

It's Made Of SCIENCE: Evolution

Awesome list! 'The Botany of Desire' by Michael Pollan is my favourite one. I have even completed my term paper on this book. Totally recommend it.