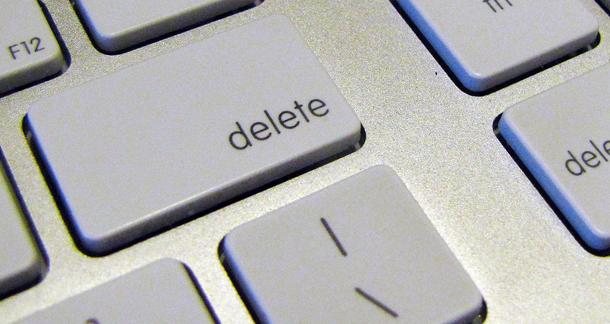 The thing about being a rookie writer is that you can't tell when you look like one. Sort of like how newly minted adults can't tell that they look like babies to anyone over thirty.

But any seasoned pro can spot a rookie writer a mile away, be it at a book launch or in a slush pile. Why? Because—believe it or not—they used to be a rookie writer too.

Here are ten surefire signs (in my book) that a writer doesn't yet understand the publishing landscape.

1. Stressing out about someone "stealing" your ideas

...while publishing may make you well-known (at least in certain circles), it is unlikely to make you rich.

I've actually had consulting clients have me sign an NDA about their unwritten book, worried that I would steal their ideas. Maybe there’s a shred of logic to that if you're writing nonfiction (I mainly consult in fiction), but even so, what sells nonfiction is not just the idea, it’s your status as an expert regarding that idea.

This is not Hollywood. A publishing pro is not the equivalent of a big-name production studio that’s going to rip off your idea and make a mint.
Oh, and while we're on that…

2. Banking on that big advance

If you dream of growing rich and famous off your writing, let me be the one to let you down easy: while publishing may make you well-known (at least in certain circles), it is unlikely to make you rich. Writers like J.K. Rowling and James Patterson are huge outliers in a spectrum that has the median income from writing for an American author in 2014 at $8,000—down 24% from $10,500 just six years ago—with the majority (56%) of full-time writers well below the poverty line.

What's more, there's been massive consolidation in the New York publishing industry in recent years, which has resulted in significantly fewer book deals being offered. (Also, that whole general decline in the publishing industry as a whole.) The big advances are a vanishing breed, and the authors who manage to snare them these days are few and far between.

3. Sending out to only the top tier

Sure, we know that you're talented. But you probably have better odds of winning the lottery than you do of getting published out of the slush pile of the New Yorker.

That may sound extreme (and it is), but I know many young writers with serious ambitions who believe that having published a short story or two in something with review at the end means that they are now headed straight for the Atlantic. A sobering fact: the top magazines generally solicit work, and even the journals from the back of the latest Best American you've faithfully sent out to for years likely only have slush acceptance rates around 2 percent.

4. Hitting up pros you only casually know for feedback

Sure, we're all here to help each other, and most seasoned pros are only too happy to help a rookie writer get her start. But we all have only so many reading hours in our lives. Most pros I know either teach or edit. Therefore, they read rookie manuscripts for a living. Why would they want to do so in their free time as well?

That said, if this person has offered, or is a good friend of yours, great! Attach that document. Print out that hardcopy and slide it across the table the next time you have coffee. But if he or she is not your good friend and has not offered, do not try their goodwill by foisting your work upon them.

It's easy to feel that the latest thing you've written is brilliant. And maybe it really is. But maybe it just seems brilliant because you haven't had the time, space, and outside perspective necessary yet to perceive its flaws.

Pass that thing around your critique group or workshop and you'll see what I'm talking about. Magically, that perfect thing you just wrote will be revealed as an early draft.

6. Responding to editorial feedback right away

The newer the writer, the more likely he or she is to respond to editorial feedback with white-hot rage. We feel that the editor, teacher, critique partner, or friend has failed to see what we're trying to do—this person has missed the whole point, the thing that makes the piece hold together as the thing of beauty that it is.

What publishing pros know is that unless the reader is actually incompetent when it comes to feedback, she probably missed all that good stuff because it's not actually on the page; it's in your head, and your head happens to be equipped with a (not-so-handy) device that projects what’s missing onto the text when you read it, filling in all the gaps.

Take some time. Cool off. Don't respond to editorial feedback until you've had at least a few days to consider it. And then, when you do go back to the manuscript, make sure you're not...

I'm listing this as a rookie mistake, but in reality, it's a mistake even many seasoned pros make.

The editorial feedback you received says this thing could use more of a plot, so you throw out all of the literary introspection in favor of a murder mystery. You've had people tell you that the POV is so close it feels suffocating, so you go for the cinematic POV, in which the reader lacks access to what any of the characters are thinking.

Not only is this sort of revision generally just as unsuccessful as the original version (if not more so), it usually goes against the grain of what the writer naturally does well (in these examples, literary introspection and close POVs). Unless you're just wildly experimenting with your writing, trying on anything that piques your curiosity, you probably have an idea of what you like as an artist and what you do well.

Improving on that is usually more a matter of emphasis than it is of overhauling—brushstrokes, not Magic Marker.

8. Bragging about what you haven't done yet

Jorge Luis Borges wrote (something to the effect of), "Like all authors, he judged others based on what they had actually accomplished, but expected others to judge him based on what he'd planned." And it's true, of course—but in writing as in the world at large, no one cares about what you haven't done yet. Nor do they care with whom you worked with, really, unless that's highly relevant to the work you're submitting.

9. Apologizing for what you haven't done yet

Exhibit A, cover letter: "I haven't yet published anything, but I edited the school paper." Exhibit B, fellowship application: "I only have a few publishing credits—the Moose Nut Review and Literary Obscurity Quarterly—but I would greatly appreciate the opportunity to hone my skills."

Everybody who's somebody was nobody once. Every seasoned pro was once a rookie. Your bio simply illustrates where you are in the literary ecosystem, where you fall on the general spectrum from rank beginner to household name. Everyone falls somewhere on that spectrum. Identify where you are and move on.

If there weren't enough wrong with simply assuming the person on the other end of your submission is male (and there is), get this: the vast majority of the publishing industry is actually female.

If you are concious of these common pitfalls, you will be well on your way to becoming a pro in no time.

What other mistakes do you see being made by rookies? Share them in the comments.

Wow! What a great piece of advice! Thank you so much for sharing this - and taking time to write it. To me as an author who is just starting her literary career in a new country, this is both helpful and encouraging. Glad I've read it!

vitovicious from paris is reading true tales of american life January 23, 2016 - 5:47am

Susan DeFreitas from Portland, OR is reading Your Heart Is a Muscle the Size of Your Fist by Sunil Yapa January 26, 2016 - 11:54am

Glad you found it useful, friends!

Nice. thanks for this!