10 Highly Anticipated YA Novels for the Second Half of 2015

Believe it or not, half the year has already passed us by and we are well on our way, racing to the finish. It’s been six months since we’ve talked about highly anticipated young adult releases, but never fear! There is so much to look forward to in this second half of 2015. From much hyped additions to beloved series, to debut novels from new authors, there’s a little something for everyone. Here are ten new releases to add to your TBR. 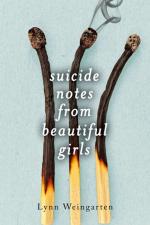 June and Delia used to be the closest of friends, with an intense, lovely relationship that rivaled being in love, and they shared so many secrets. One night changes that. Later, when the unspeakable happens, June doesn’t believe a word she hears. They are saying that Dalia burned herself to death in her stepfather’s shed in an apparent suicide. June isn’t so sure. June thinks it was murder, and she owes it to Dalia to find out the truth.

This book is being compared to Gone Girl and Thirteen Reasons Why, with a mystery so complex and convoluted that it will keep readers guessing until the very last page. It’s sexy and moody—an absolute must read. 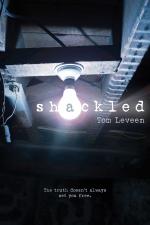 Sixteen-year-old Pelly, who has suffered from severe panic attacks since her best friend Tara disappeared, has a master plan. After years of therapy and medication, things seem to be going well until a girl walks into the coffee shop where Pelly works and mouths “help me” on the way out. Pelly thinks that girl might be Tara. Rather than falling back into her old pattern of crippling anxiety, Pelly becomes energized and is determined to track down enough evidence for police to reopen Tara’s file.

Tom Leveen is a master of gritty, contemporary young adult fiction, and this latest novel is a welcome addition to his lineup featuring flawed, realistic main characters. 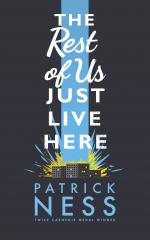 This highly inventive novel follows Mikey, who is most definitely not the Chosen One. He’s not the one who is supposed to fight the soul-eating ghosts, or whatever it is this thing is. Mikey just wants to graduate and go to prom and ask out the girl he’s had his eye on before someone goes and blows up the high school. Again. Mikey believes that sometimes there are problems much bigger than the end of the world, even if your best friend is worshipped by mountain lions.

Patrick Ness’s irreverent novel follows ordinary teens who are living in a world where the strange and extraordinary is occurring. With a diverse cast of characters and laugh out loud dialogue, this book reminds us that you don’t have to be the hero of the whole world to be the hero of your own story. 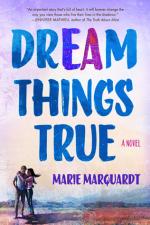 Being billed as a modern-day Romeo and Juliet, this book follows wealthy Evan, a soccer star and nephew of a conservative Southern Senator, as he falls in love with Alma, an undocumented Mexican girl. Despite their differences, the two teens fall in love, and are forced to examine their relationship when Immigration and Customs Enforcement officers begin raiding their town.

This beautifully written novel not only explores the complex system of immigration, but also tells the story of a deeply romantic young love. It is a tangled web of Alma’s secrets and Evan’s expectations. This endearing novel is touching and real. 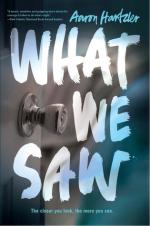 Kate Weston can recall most of what happened at the big party at Josh Doone’s house. She remembers taking shots with Stacey and having Ben take her keys. She even remembers getting home early and having feelings for Ben that might just go beyond friendship. But when a photo surfaces the next morning of Stacey passed out, Kate begins to think she might not know everything there is to know about that night. As facts come to light, Kate is forced to question Ben’s involvement.

Aaron Hartzler proved his ability to write unflinching, honest prose in his memoir, Rapture Practice, and he continues in that same vein with this debut work of fiction. What We Saw is inspired by real events and tackles the intense subject of rape and the fine line between guilt and innocence. 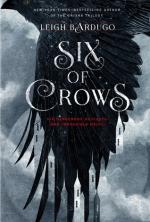 Criminal prodigy Kaz Brekker is offered a chance at a deadly heist that could make him wildly rich in the bustling hub of Ketterdam, where anything can be had for the right price. But Kaz cannot pull it off alone. Kaz joins a crew of six dangerous outcasts—a convict, a sharpshooter, a runaway, a spy, a Heartrender, and a thief—for one impossible heist, but only time will tell if they can pull it off without killing each other first.

Fans of Leigh Bardugo cannot wait for her latest, set in the intriguing world of the Grisha. Being billed as Game of Thrones meets Ocean’s Eleven, this book is a welcome new release. 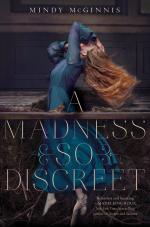 7. 'A Madness So Discreet' by Mindy McGinnis - October 6

Grace Mae keeps her voice trapped in her mind, unable to escape horrific family secrets. The madness that haunts her lands Grace in a Boston insane asylum with a growing bulge in her belly. After a burst of violence, Grace is banished to the cellars where a visiting doctor dabbling in the new study of criminal psychology delves into her mind. It is discovered that Grace will make the perfect assistant at crime scenes, with her sharp memory. Together, Grace and the doctor are drawn into the circle of a killer who stalks young women.

Mindy McGinnis does dark, brooding young adult with skill and assurance, and this wonderfully twisty historical thriller explores the fine line between sane and insane in wonderful ways. 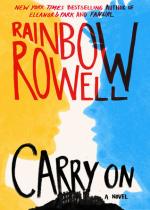 Carry On follows Simon Snow, who just wants to enjoy his last year at Watford School of Magicks relaxing and drama free, but it seems that the odds are against him. Things in Simon’s life are in disarray after his girlfriend leaves him, his best friend is pestering him, and his mentor keeps trying to hide him away. As if all of that wasn’t enough, evil things are trying to shut Simon down. Unfortunately, Simon knows all too well that being the most powerful magician in the world means you never get to relax.

Fans of Rainbow Rowell know that Carry On was first introduced as fan fiction written by the main character of her endearing novel Fangirl, and they have been asking for this story to be written ever since. Full of ghosts, vampires, and untold evil, Carry On is billed as a love story with the promise of much kissing. 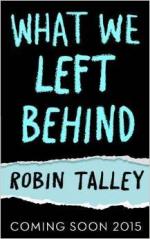 This novel follows an enviable teen couple—Toni, who identifies as genderqueer, and Gretchen, who identifies as a lesbian, as they struggle to stay together in their first year after high school. Although they leave high school sure they can make it work, the reality of being apart is more difficult than expected as Toni meets a group of transgender upperclassmen and begins to feel accepted for the first time, leaving Gretchen to wonder how she fits in the picture.

After reading Lies We Tell Ourselves, we have been waiting for another riveting young adult novel from Robin Talley, and anticipation is high for this book. Featuring diverse characters and a tender love story, What We Left Behind is sure to be a hit. 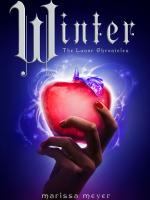 Admired by the Lunar people for her grace and kindness, it is said that Princess Winter is even more breathtaking than her stepmother, Queen Levana. Winter despises her stepmother and knows that Levana absolutely will not approve of Winter’s feelings for her childhood friend and palace guard, Jacin. But Winter isn’t as weak as Levana thinks she is. Along with cyborg mechanic Cinder and her allies, Winter might have the power to spur a revolution and win the war.

This fourth installment in Marissa Meyer’s Lunar Chronicles comes highly anticipated. Fans will have to sit tight until nearly the end of the year to catch up with favorite characters Cinder, Scarlet, Cress, and Winter, but it will be well worth it.

The second half of 2015 is shaping up to be quite exciting in terms of new young adult releases. What new releases are you most looking forward to?