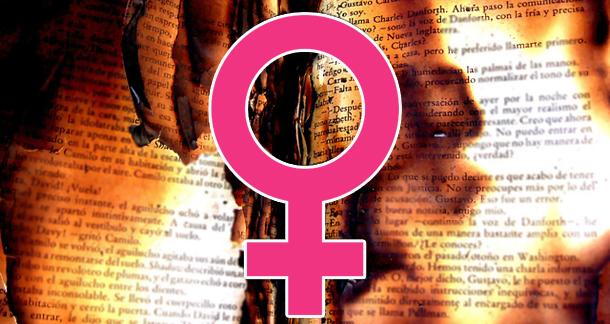 When we say someone or something changed our life, we generally speak of things or people who had a lasting impact on the way we see or do things. However, there are many small changes that regularly come from encountering situations, objects, and individuals. Throughout my life, I've encountered the work/personality/career/ideas/hustle of many women, and some of the them changed my outlook, inspired me, or changed/expanded/enriched the way I look at words. Here are ten of many. 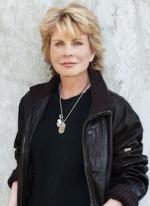 This is a weird one, so let's get it out of the way first. You see, as a minority, I always pay attention to other minorities. In the case of Patricia Cornwell, whose novels I was able to easily acquire in what was the only Borders in my country at the time, she was the sole woman in a sea of men. I would go to the bookstore and see the same names all the time: James Patterson, Jeffrey Deaver, John Grisham, Michael Connelly, David Baldacci, Clive Cussler...you get the point. Then, there was Cornwell. She was a woman writing about a strong, smart woman. The writing wasn't superb and I quickly outgrew the formulaic thriller genre, but Cornwell holds a special place in my pantheon because she was a she in a sea of dudes, and I had major respect for that. 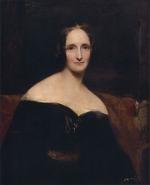 Shelley made a big impact on me...twice. The first time, I was about thirteen and already a fan of Poe, Lovecraft, King, Laymon, and Stoker. Then came Shelley's Frankenstein, which blew my mind. It was a strange, wonderful, weirdly emotional mix of science fiction and horror that moved me. It was also beautifully written and spoke to anxiety about scientific advances in ways my teenage brain couldn't quite comprehend. The second time came many years later, when folks started telling me she hadn't written the book. She was too young. She was too uneducated. In fact, they said, the corrections Percy Bysshe Shelley made to the original pages, which are housed at the Bodleian Library in Oxford, "prove" that she didn't write it. Well, fuck all that noise. Hearing that talk, which always came from white dudes who wanted to be writers, was more proof a woman can't achieve anything without some dudebro doing everything in their power to minimize the achievement. 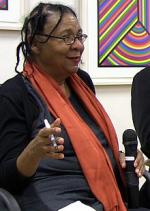 Almost every other graduate student I met at the University of Texas at Austin was obsessed with discovering Foucault. For me, he was old news, and I knew most of them were only pretending to understand him. hooks was different. She spoke about things more clearly, and about things that were closer to my heart, things that, in the grand scheme of things, maybe (heretic!) matter a little more. Liking her was also a way of throwing up my middle finger at the dead white guys I was supposed to idolize. I learned that much later, but it was still a hell of a lesson. 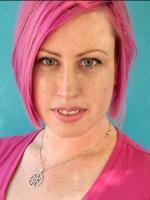 There is an author named Rose O'Keefe, but I'm not talking about her; I'm talking about Eraserhead Press head honcho Rose O'Keefe. True, she is not known as a writer, but she embodies writing, bizarro, and constant hustle. Rose is responsible for my first book seeing the light of day, and that is as life-changing as it gets. She is also an inspiration because she is constantly working on books, media, planning, BizarroCon, making sure EHP runs smoothly, helping others start their careers, ensuring her authors stay at the top of their game, looking for amazing covers...you name it, she is doing it every damn day. Hustle recognizes hustle, and Rose's hustle gets all my respect. 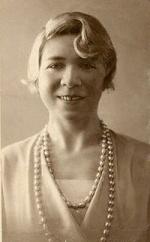 Me: "Well, I'm discovering poetry, but nothing has moved me in a while..."

Teeth of flowers, hairnet of dew,
hands of herbs, you, perfect wet nurse,
prepare the earthly sheets for me
and the down quilt of weeded moss.

I am going to sleep, my nurse, put me to bed.
Set a lamp at my headboard;
a constellation; whatever you like;
all are good: lower it a bit.

Leave me alone: you hear the buds breaking through . . .
a celestial foot rocks you from above
and a bird traces a pattern for you

so you'll forget... Thank you. Oh, one request:
if he telephones again
tell him not to keep trying for I have left...

What more can I say? 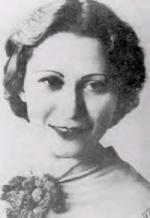 A brown woman. A Puerto Rican woman. A woman who grew up poor and then died alone after collapsing in a gutter in Spanish Harlem. Her poetry was what she left us, and it celebrated nature, love, and my country. Beautiful words glued together by pain. That inevitable self-torture of the soul brought to the page along with it the sound of a powerful river after a tropical storm. Yeah, there is magic in her eternal words, wonderful brown bruja magic. It changed my once, and it changes me every time I read it. 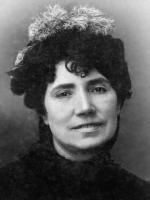 I was born and raised in the Caribbean, but there is Galician blood in my veins. At one point, I became obsessed with listening to that part of my blood, to understand that portion of my DNA. Spending three or four months out of every year in Spain was not enough. I craved Galician music and language and literature, and that's how I discovered a book of poems by Rosalía de Castro. One of the leading figures of the 19th century Rexurdimento, a literary movement that aimed to liberate Galicia from the cultural and political Otherness they were submerged in within Spain, her poetry celebrated everything green and old and beautiful the land had to offer. However, my favorite thing about her writing was the underlying darkness, sadness, and constant contact with death. Here's a taste of just how good she was:

Feeling her end would come with summer's end,
the incurable invalid
thought with mingled joy and sadness:
"I shall die in the autumn,
and over my grave I shall feel the rustling
of the leaves that will also be dead."

But cruel with her, too, even death
would not oblige her,
sparing her life through the winter
and, when all the earth was being born anew,
killing her amidst the happy hymns
of glorious spring. 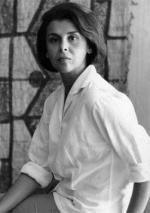 When my own words fail, it is always easier to borrow some and offer them as a list of reasons. I give you "Family Secret": 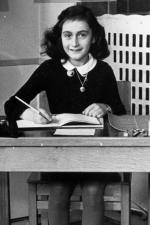 Talk about Otherness. Talk about fear and beauty and family and injustice and humanity and everything ugly that stands between it and goodness. This diary... straight fucked me up. Forever. Every school should make kids read it, and they're doing kids a disservice if they don't. If you've followed my writing for a while, you know I stand, strongly and vocally, against all discrimination, abuse, and bigotry. Well, that started many years ago, and Frank was there at that time, throwing gasoline on a little fire that would eventually consume me. Thank you. 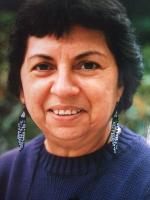 No other author is more responsible for me creating barrio noir than Gloria. Her writing put into words my feelings about la(s) frontera(s). She showed me how to talk about language and bilingualism. She gave me the power to recognize that I can't go back home and I don't belong anywhere, and that's okay. Anzaldúa is the magic bruja of the Borderlands, now and forever, and we are all under her spell.

Who are some female authors who have made a difference in your life? Let us know in the comments.

I had a similar experience with the Patricia Cornwell novels.  Early fantasy influencers were Terri Windling, Ellen Datlow, Emma Bull and Anne Rice. Caitlin Kiernan scribes lush, dark prose that makes me want to write deeper. Sara Gran crafts a wonderful detective series around esoteric P.I. Claire DeWitt. Two writers from the comic book world that can hold their own with any storytellers are Gail Simone and Kelly Sue Deconnick.  All of these writers and editors rouse my creative spirit.

It's great when a person has inspiration and the ability to beautifully and excitingly express his thoughts. I hope that someday I will be able to develop these skills in myself. Now nursing writing services help me a lot. Specialists very qualitatively help with the performance of nursing work in any subject. Plus, they always fulfill the requirements of the customer.

How about checking out this blog page, guys? Surely you are looking for answers to academic questions, so it's time to face the truth. Check out the recent articles, and you'll see what I'm talking about.

Helper provides a wide range of professional home repair and handyman services in the Palatine area. I've been in business since 1984. I'm honest, dependable and professional. I take pride in a job well done.

No Job Too Small, We Do It All. Palatine and area, Call Today For A Quote. Call Today in Palatine Handyman Services.