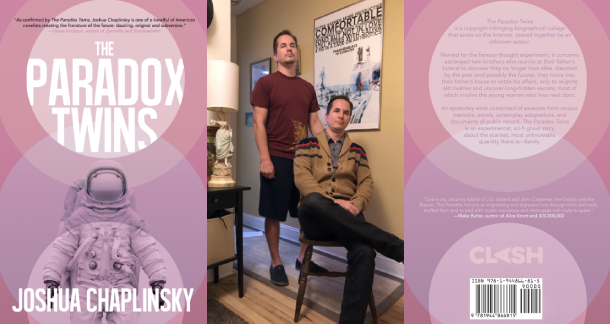 My debut novel, The Paradox Twins, comes out from CLASH Books on April 6th. It is based on a famous thought experiment and tells the story of estranged identical twin brothers who reunite at their father's funeral, only to discover they no longer look alike. The book is presented as "a copyright infringing biographical collage that exists on the Internet, pieced together by an unknown auteur." Essentially, it is an epistolary work comprised of excerpts from various memoirs, novels, screenplay adaptations, and documents of public record. An experimental, sci-fi ghost story about the scariest, most unknowable quantity there is—family.

Twins was a long time coming, and I go into the gestation/development process in great detail in the book's afterward. What I don't get into in that piece, however, is the nitty gritty of influence. In fact, aside from the obvious touchstones, that wasn't something I really thought about until after the afterwards. Because influence can be a tricky thing. You can start out a project saying, "I want to write a book like X," and ultimately—if you're lucky—you won't. At least not exactly. Instead you'll wind up with something infused with the DNA of said influence, as well as stories you haven't thought about in a while, ones that made a more subtle impression. Influences that only reveal themselves upon further analysis. This list includes a couple of the former, but mostly the latter. These are the books that make The Paradox Twins tick. 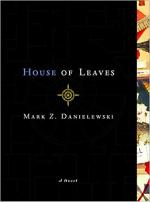 This one's the blueprint, the great granddaddy of them all, the elephant in the room. I'd be lying to myself and everyone else if I didn't acknowledge HoL upfront as the inspiration for the structure of my narrative. The multiple layers of story, the unreliability of the POVs, the footnotes... I eat that shit up. And not only is it weird and experimental, it is somehow still oddly accessible, a contradiction I attribute to the emotional depth of its characters. When I started writing The Paradox Twins, "accessibly experimental" was the objective on my imaginary motivational poster. Hopefully that is what I achieved.

Get House of Leaves at Bookshop or Amazon 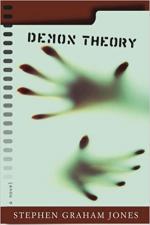 More meta-narrative shenanigans, this time from the great Stephen Graham Jones. I told you I ate this shit up. Still, this one earns its place on the list for its use of filmic conventions. Demon Theory is purported to be a three-part novelization of a horror film trilogy, adapted from a best-selling book based on a real life case study. The Paradox Twins is an amalgamation of three books—two memoirs, one work of fiction—and includes excerpts of screenplay adaptations of said works. Adaptation is a major theme throughout the book. Even the simple retelling of a story, a la the game telephone, can be considered an act of adaptation.

Get Demon Theory at Amazon (Daaaayum!) 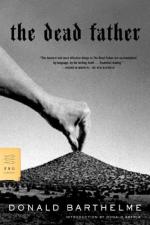 3. "The Dead Father" by Donald Barthelme

The shadow of a dead father looms over the entirety of The Paradox Twins. A mischievous memory with the power to instigate competition and divisiveness from beyond the grave, much like Barthelme's titular corpse. A weight sons especially must drag behind them throughout their life, even though it is their own choice to take up that rope and pull. I reference Barthelme and his take on collage in The Paradox Twins, but it wasn't until the copyediting stage that I realized how much The Dead Father influenced my novel.

Get The Dead Father at Bookshop or Amazon 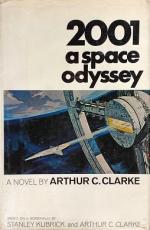 Another obvious one, although the film version moreso than the book. In a way they are like a pair of identical twins separated and raised apart, since Kubrick and Clarke started with the same seed of an idea and wrote them concurrently. A single fertilized egg split in two. Kubrick's film, especially, represents a huge thematic and aesthetic reference point. It would be a bald-faced lie to pretend it wasn't.

Get 2001: A Space Odyssey at Bookshop or Amazon 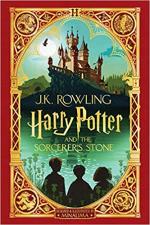 Full disclosure: I've never read a single sentence of a Harry Potter book. This influence has more to do with the phenomenon of Harry Potter. J.K. Rowling's career trajectory served as my template for Max Langley and his Anthropica trilogy. I even peppered in some actual (exaggerated) details from Rowling's life. Which ones, you ask? I'm not saying J.K. has an insatiable appetite for Potter groupies, but I'm not NOT saying that, either. (Actually, my lawyer is telling me I'm definitely NOT saying that. Sorry.)

Get Harry Potter at Bookshop or Amazon 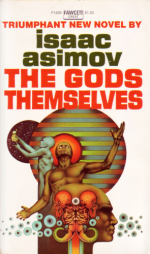 6. "The Gods Themselves" by Isaac Asimov

Max Langley's books are described as being based on real principles of physics. So I needed to come up with a premise for the series that was at least plausible. I can't remember exactly what I Googled (trying to duplicate that path now, I can't seem to produce the same results), but my search eventually led me to Asimov's The Gods Themselves. Everything I read about the book maintained the physics were spot on. Despite featuring some weird sex shit, in the form of a competitive sport that is little more than a nude, weightless version of tag, Asimov's novel became my main scientific reference point for the parallel universe in the Anthropica series.

Get The Gods Themselves at Bookshop or Amazon 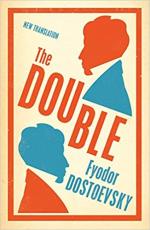 7. "The Double" by Fyodor Dostoevsky

I'm especially a fan of the film adaptation directed by Richard Ayoade. The Gilliamesque visuals perfectly compliment Dostoevsky's tale of existential horror in which a milquetoast man's double enters his life and proceeds to excel at everything the protagonist struggles with. A huge influence on the dynamic of the Langley Twins.

Get The Double at Bookshop or Amazon 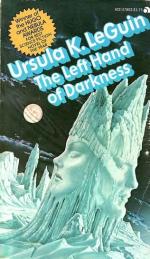 8. "The Left Hand of Darkness" by Ursula K. LeGuin

LeGuin represents everything Millie Blackford wants to be as a writer—intelligent, well respected, and socially conscious. The Hainish Cycle is a favorite of hers, both as a comfort read and an influence. She also holds it up as an example of the importance of genre fiction and the heights it can achieve. It would not be an overstatement to say LeGuin is her patron saint.

Get The Left Hand of Darkness at Bookshop or Amazon 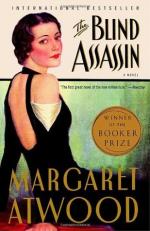 9. "The Blind Assassin" by Margaret Atwood

A book about science fiction masquerading as familial drama and the real-life drama that surrounds it. A stories within stories structure penned by a woman living in a man's world. This Booker Prize winner is one of Atwood's best, and looking back I can see home much of an impression it made on me.

Get The Blind Assassin at Bookshop or Amazon 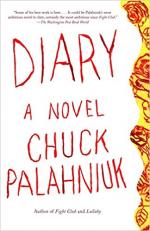 I once accidentally spoiled the twist of Chuck Palahniuk's Diary for a room full of friends, and this was before I'd even read the book. It is a day that will live in infamy.

When I was searching for exactly how to intertwine the various threads of my novel, that experience provided the template. I barely even realized it at the time. To say any more would spoil both Chuck's book and my own. I go into slightly more detail in the afterward of The Paradox Twins.

Get Diary at Bookshop or Amazon

There you have it. Each one of these is a brick in the foundation of what became The Paradox Twins. What books have made an impact on your own writing? Was that impact something you were aware of during the writing?

Get The Paradox Twins at Bookshop or Amazon, or directly from CLASH Books.