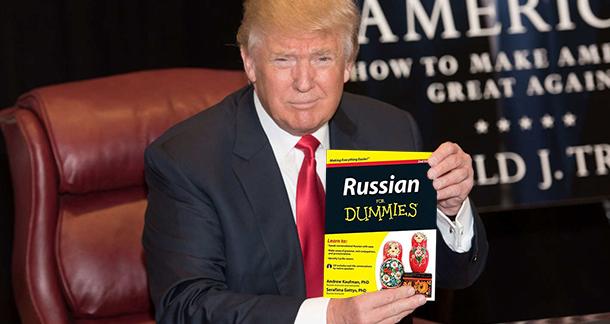 I voted for Hillary. I am center left but I live in a conservative area of New Hampshire and I represent the left-wing on a right-leaning podcast called John Podesta’s Pizza Party. Though many of your supporters on Twitter have called me a cuck, a libtard, a ‘triggered Bizarro snowflake’ (my favorite one), and have even written some shitty anti-Semitic tweets and book reviews, but I try to remain open-minded about opposing views. I might not be happy that you're my president, but you ARE my president when all is said and done.

Though I am never going to be a fan, I understand a little bit of where you are coming from. I too have worked in cutthroat sales and marketing and I too was sent to military school. Instead of being the biggest bully in the room, I retreated and found solace in books. I strengthened my emotional intelligence by reading a ton of fiction and non-fiction. You have great marketing skills, it is why you are president, but you struggle at seeing the world outside of yourself. The ability to empathize can be increased by reading. President Roosevelt read 500 books a year. All I am asking is for you to read Ten books. Ten books that I can’t promise will make you better president, but they might make you a better human being. 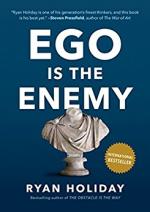 'Ego is The Enemy' by  Ryan Holiday

Mr. President, your ego and pomposity worked very well in the primaries, and with the help of Wikileaks and a democratic candidate perceived as weak, you became president. You had a new start and could have approached this most important job with humility, but you used ego and bravado to (try to) get things done. As you’re seeing, Washington doesn’t give a shit about the hype. They believe in actual results. Big talk won’t work. You have to get rid of your ego to work with people and actually get things done. Ryan Holiday’s Ego is the Enemy is probably the most important book on this list. Once you drop your ego you will become more open-minded and maybe do things that can actually help Americans. If you like this book, I strongly suggest you read Holiday’s other book, The Obstacle is the Way. Hell, read both at the same time.

Buy Ego is The Enemy from Amazon.com 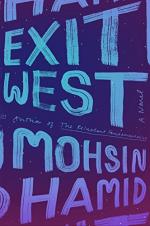 Donald, I really think you would enjoy Mohsin Hamid. He’s a really great fiction writer, and it would be good to expose yourself to non-kings and real-estate moguls that come from the Middle Eastern area. How to Get Filthy Rich in Rising Asia is my favorite book of the decade, but Exit West would be a better book for you to read. I know talking bad about foreigners from the Middle East plays well with your base, but you should know that there are real people there with the same desires as you and your kids. Hamid’s characters feel as real as your own friends and family. You will see that immigrants in areas like Syria are just human beings who are more concerned with survival than they are with changing western culture. 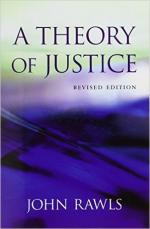 'A Theory of Justice' by John Rawls

For your domestic agenda, this is the book you need to read. At your core you're a protectionist capitalist who wants to help the poor—at least this is what you publicly said from 1992 to 2012. Even your boy Bannon wants to protect the poor—though it might only be poor whites, like his father.  But let's ask a deep question, President Trump: why should we care about the poor? Rawls is the one liberal that truly was able to make a convincing argument for taxation and redistribution to create a society that increases upward mobility in all classes.

Buy A Theory of Justice on Amazon.com 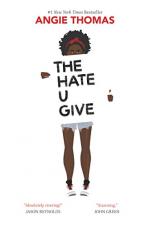 'The Hate U Give' by Angie Thomas

I know you love the police. You are like the antithesis of that infamous NWA song, but once again you really are looking at this in very black and white terms (or maybe just blue). But black lives do matter and all you need is common sense to see that there is a serious issue with how the police are treating our black citizens. You got shook up seeing pictures of Syria, but you don’t seem to care about our own citizens getting murdered. Police badge or not, you can’t shoot unarmed citizens because you are scared of their skin color. The Hate U Give is a great young adult novel dealing with police brutality against young black men and how it affects individuals and entire neighborhoods.

Buy The Hate U Give on Amazon.com 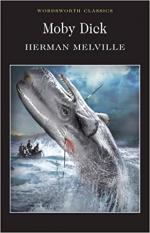 I understand and will admit that media has some liberal biases. Yes, we get it, the mainstream media hasn’t been very fair to you, but your resentment toward it is going to sink your whole administration. Donald, life is not fair, but if you keep going on Twitter bitching about Twitter and obsessing about the news you are going to end up like Captain Ahab. I know you are a movie guy, so you probably saw when Gregory Peck ended up in the net of the white whale. The book is better because you truly see how resentment will eventually kill you, and if you keep your resentment it will kill your presidency. 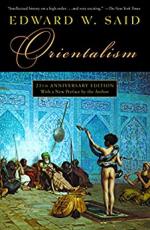 I studied Middle East history in college and I sometimes worry I know more about the region than you do. I was lucky I had a very good teacher and she assigned me a book that changed how I viewed the world. Orientalism was that book, and I won’t lie to you Mr. President, it’s difficult and even drags here there but it is a very important read. It’s important because what you have said as a candidate shows your ignorance, as has your travel ban. This mindset and behavior is textbook Orientalism 101. Your supporters on the alt-right and Bannon like to create a narrative that ALL people practicing Islam want to destroy the West. This mentality makes The Other an exotic villain, and by doing so, dehumanizes them so it is easier to hate and kill them. I hesitate to bring them up, but that was pretty much what the NAZI’s did to another Semitic people only a few decades ago. It’s not a good look. 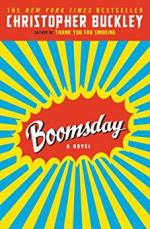 I’ll put a moderate conservative on this list, though I believe many people on the right are referring to Christopher Buckely as a cuck. Liberals put forth their best arguments when they are grounded in Rawls, and libertarians and conservatives make the most sense when grounded in Robert Nozick. Buckley tries to champion Nozick but ends up pointing out the absurdity of cutting entitlements: forced suicide at 75 years old. Entitlement spending is a serious issue and what you have proposed so far shows a lack of seriousness. It’s a life and death issue and how you approach entitlement spending and health care will affect the life and death of American citizens. It would also be good for you to start appreciating the art of satire. 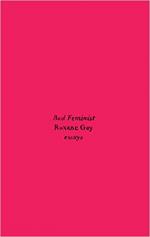 I still don’t understand how 50% of white women voted for you after ‘pussygate,’ but that is an article for another day. Roxanne Gay’s book had me thinking about issues I didn’t even know existed. Call it white male privilege, call it not caring at the time, call it self-centeredness, but after reading her book I got a better insight into certain feminist ideas. Gay has a special talent for making readers understand where she is coming from—maybe even you Mr. President. 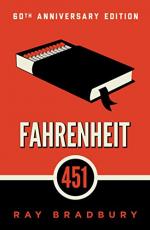 Mr. President, it’s not just your lack of literacy that concerns me, it’s that you and many of your supporters would like to get rid of any art that doesn’t paint you in a good light. I am not sure if you were assigned this book in high school, but it would be good for you to read again. No matter how biased the media or the arts are, you can’t threaten to ban them. The arts and even the press are as American as apple pie. It is literally the First Amendment in a little thing called The Constitution of United States of America. You might want to take a look at it. Forget Literature 101, this is Presidency 101. 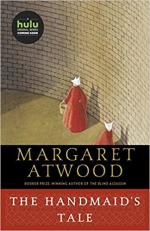 Look, the book is better than the show. But I if you won’t read the book, at least watch the show. Instead of tweeting for an hour, watch the first episode and see if you like it—though I doubt you will appreciate its message. But who knows, so if you like the show, then check out the book.  If this chilling tale of a patriarchy gone mad does not set you straight, I don't know what will. Margaret Atwood creates a horrifying picture of what could humanity could become if we don't keep evolving for the better. Culture matters. Human rights matter. Black lives matter. The environment matters. It all matters. It matters to us and it should definitely matter to you.

Buy The Handmaid's Tale on Amazon.com

There you have it. Does anyone out there in LitReactor-land have any books they would add to this list?

Oh, yes, especially 'The Hate U Give' by Angie Thomas! I think we al should educate ourselves more and more at our time of changes we could have impact and must do it. After the protests have started I decided to find out more on the issue and black lives matter movement from different sources like articles, free essay samples, books, etc. By the way, this service https://eduzaurus.com/free-essay-samples/black-lives-matter/ gave me the possibility to take another sight and a little bit different point of view. I mean it helps to make your think wider. So, after that I also started to read 'The Hate U Give', the greatest book!