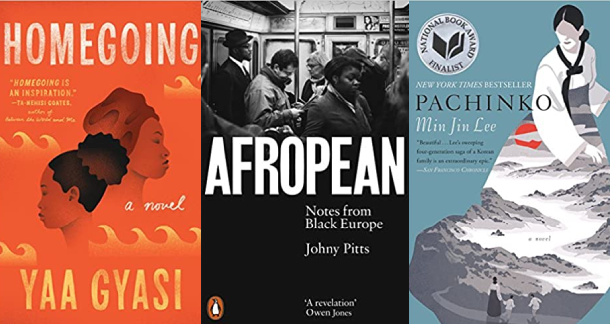 As readers, we have the choice to read outwardly. In other words, to read beyond the stories of people who are like ourselves, thus expanding our empathy and understanding. Reading books by diverse authors is one way in which any reader can begin to question the way they experience and perceive life, as well as to complement it with perspectives beyond their own.

Today, it’s more important than ever to read outside of ourselves — or, put differently, read ourselves out of the narrow slice of our personal experiences. So if you’re looking to diversify your reading list, look no further: here are ten books by diverse authors to help you read outward. 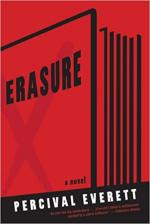 Percival Everett’s novel Erasure is a bitingly funny satire of the publishing industry and its self-cancelling attempts to be progressive. This provocative novel thematizes racialized writing by foregrounding African-American writer Thelonious “Monk” Ellison, whose eclectic work is rejected by editors who don’t see what it “has to do with the African American experience.” Monk goes on to compose what he views as an absurdly fake book about life in the ghetto, only to see it celebrated as “magnificently raw and honest.” Erasure balances humor with a sophisticated anger that repeatedly and ironically rejects the essentialist expectations of the literary industry, while tenderly tracing Monk’s sad family relationships.

Buy Erasure at Bookshop or Amazon 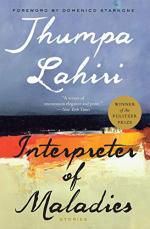 "Interpreter of Maladies" by Jhumpa Lahiri

Immigration is a process that tells you a lot about who you are and who you think you are. It also has the effect of making you an outsider in two places at once. This Pulitzer-winning short story collection quietly enters the lives of Indian and Indian-American characters, observing the subtle iterations and re-iterations of identity as it is constructed by the past and the present, one country then another. From the breakdown of a marriage (‘A Temporary Matter’) to a woman’s attempt to negotiate a new domestic routine in the U.S. (‘Mrs Sen’s’), and the witnessing from afar of the Indo-Pakistani war of 1971 (‘When Mr. Pirzada Came to Dine’), this multifaceted book deserves your attention.

Buy Interpreter of Maladies at Bookshop or Amazon 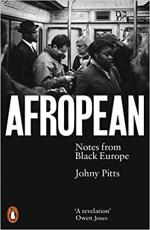 “When I first heard it, it encouraged me to think of myself as whole and unhyphenated: Afropean.” So begins Johny Pitts’ moving book by the same title, a thorough, thoughtful, and important work that functions both as travelogue and documentary. Pitts’ book quietly challenges the assumed synonymity of Europe with whiteness and subverts the binary popular representations of Black people as either “über-stylized retro hipster dandies” or “dangerous hooded ghetto-yoot”; instead, Jhalak-Award-winning Afropean rediscovers the Black Europe of “regular folk,” and documents the author’s journey through Black communities in Paris, Brussels, Amsterdam, Berlin, Stockholm, and beyond.

Buy Afropean at Bookshop or Amazon 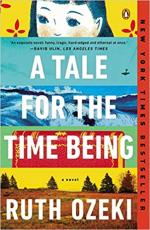 "A Tale for the Time Being" by Ruth Ozeki

Ruth Ozeki’s metafictional A Tale for the Time Being is a playful, sensitive, and informative narrative about two characters: Nao, a schoolgirl in Japan, and Ruth, a writer in British Columbia. The novel moves along the wide sweeps of the ocean gyres, examining the jetsam and flotsam of life as it chronicles the unlikely parallels between the two protagonists. In so doing, this moving book encounters questions larger than its human narrative, and so grapples with climate change, Buddhism, quantum physics, the 2011 tsunami, and the very fabric of family. Above all, A Tale for the Time Being is a book that will open your eyes to the interconnectedness of all things.

Buy A Tale for the Time Being at Bookshop or Amazon 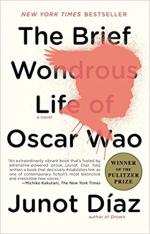 "The Brief Wondrous Life of Oscar Wao" by Junot Díaz

This Pulitzer-winning novel by Junot Díaz tells the story of Oscar de León, a Dominican boy nicknamed Oscar Wao after Oscar Wilde. But it’s not really just Oscar’s story — it’s also the story of the recent history of the Dominican Republic, as well as several generations of Oscar's family. These interwoven threads join to form a saga told in Spanglish, touching the Latin-American tradition of magical realism and also reaching out to the magical land of Tolkien’s Middle Earth. Rich with allusions that are specific to la cultura Dominicana and universal geek culture, Oscar Wao’s story is a deeply rewarding work of experimental writing — and I particularly recommend the audiobook version, narrated by none other than Hamilton creator Lin Manuel Miranda. 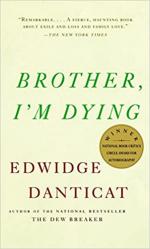 Brother, I’m Dying is a powerful memoir about the immigrant experience, told by one of the most celebrated Haitian-American voices today. Before Edwidge Danticat moved to America when she was 12 years old, she grew up in Haiti, wandering the streets of a small beloved town. Yet such an idyllic existence could not continue — not when Danticat’s family was split in two countries. Her parents were already in the U.S., preparing to send for Danticat soon, while Joseph, Danticat’s favorite uncle, might have to stay behind in Haiti. This is all of their stories:  of diaspora, the faults in the American Dream, and the struggle to belong in one place. Perhaps most compellingly, it is a blazing testament to the bonds of family and the many ways it can cross both continents and generations. 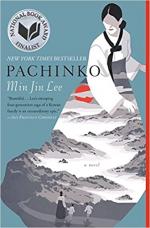 Pachinko is one of the most engrossing multi-generational family sagas you’ll encounter, but don’t just take it from me: both Barack Obama and Roxane Gay named it as one of their favorite books of 2019. ‘Pachinko’ is a popular mechanical game in Japan — a game of chance that’s not dissimilar from the Western slot machine. Like its namesake, Pachinko is a twisty maze of a book that will take you from South Korea to Japan, through four generations of a single family. Min Jin Lee weaves together all of the threads so expertly that you can safely bet on being inexorably drawn into the novel, whether or not you’re a gambler yourself.

Buy Pachinko at Bookshop or Amazon 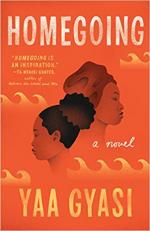 Yaa Gyasi’s debut novel announced an astonishing new voice when it was published in 2016, and it’s still as majestic a reading experience now as it was then. At the tumultuous epicenter of its story are two girls in eighteenth-century Ghana, Effia and Esi. Half-sisters who were born apart, they experience very different existences — while Effia marries a rich Englishman, Esi is captured and shipped to America as a slave. This sweepingly ambitious book traces their story and that of their descendants throughout 300 years of antiquity, culminating in a truly masterful novel that reveals the stories that went untold until now.

Buy Homegoing at Bookshop or Amazon 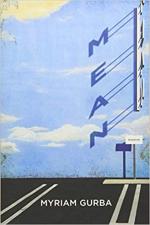 “Being mean isn't for everybody. Being mean is best practiced by those who understand it as an art form” — or so goes just one of the nuggets in Myriam Gurba’s memoir titled, well, Mean. You might recognize Gurba as one of the first critics of the controversial American Dirt (and you can check out Gurba’s brilliant takedown of American Dirt over here). Her one-of-a-kind, much-needed voice is as vibrant as ever in Mean — a black comedy about growing up as a queer, mixed-race Chicana in the States. But make no mistake: underneath the humor, this is a brutal examination of misogyny, racism, gender politics, and identity. And it’s a quintessential book for the 21st-century.

Buy Mean at Bookshop or Amazon 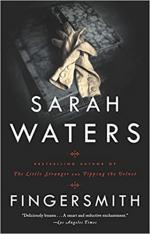 Where can I read the gay Victorian murder mystery in the mold of a Dickensian epic of my dreams? I’m glad you asked! Because you really don’t want to miss out on Sarah Waters’ Fingersmith, a glorious thriller with a twist in the middle that could blindside the canniest of readers. It opens on Sue Trinder, a 17-year-old orphan who’s entrusted to pull off an ambitious scam: swindle a young gentlewoman named Maud Lilly out of an enormous inheritance. The gameplan? To become Maud Lilly’s trusted maid. The result? Well, you’ll need to read it to find out — but rest assured that nothing is as it seems.

Buy Fingersmith at Bookshop or Amazon

Hope this list helps to expand your horizons a bit. What other authors should be on our radar?