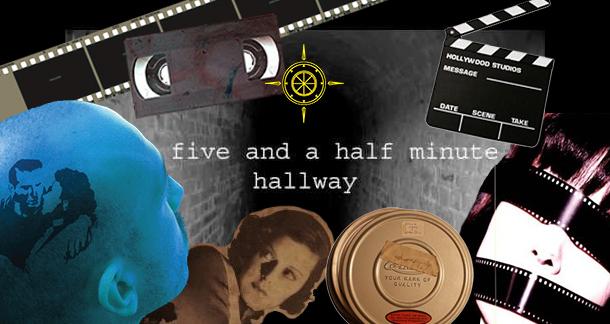 I love books. I love film. I love books about film. The behind-the-scenes anecdotes, minutiae about production—I find it all fascinating. So it stands to reason I would love fiction about film. And sure, stories that take place within the timeline of existing cinematic history are great, but they only allow for so much narrative wiggle room. I want stories about films I've never seen, and probably never will. Tales of tyrannical directors, difficult starlets, and reclusive actors unheard of. Stories about films that could never exist in the real world. Fiction that's stranger than truth.

Well, I recently discovered this seemingly tailor-written subgenre already exists. Not that I hadn't been reading these books all along, I just hadn't realized there were enough of them to deserve their own category. But after the third or fourth book I started to understand I wasn't the only one fascinated by faux film mythology and cinematic mysteries of the unsolved kind. Authors have been exploring this territory for at least the last fifty years, with output ramping up significantly since the new millennium. In fact, I wouldn't be surprised if examples exist that date back to the birth of cinema itself.

Have I piqued your interest? Then allow me to present to you these literary coming attractions. Even if you're just a casual filmgoer, I guarantee at least one of these books will dim the lights in the theater of your mind and transport you to another world. 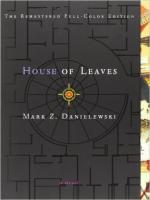 My introduction to this so-called genre, although certainly not the first of its kind. Maybe it was yours as well? House of Leaves is about so much more than The Navidson Record, but the film is a great hook that supports the weight of the hefty narrative that follows. 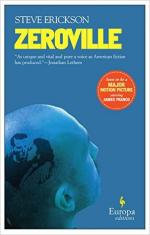 Film/Filmmaker in question: Ike "Vikar" Jerome, a cineautistic editor who discovers frames from an unknown film spliced into the reels of every other film ever made.

This book is a treasure trove of film trivia. A tantalizing puzzlebox for even the most jaded film lover. Erickson populates the story with real-life film icons, but forgoes providing their names, forcing the reader to connect the dots. He even ties in his first novel, Days Between Stations (1985), which is about a lost silent film by a mysterious director (a trope we are going to be seeing a lot of). 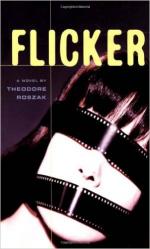 Film/Filmmaker in question: Max Castle, a little-know B movie director with ties to an obscure religious sect who disappears at sea in 1941. Or does he? Upon closer inspection, his films are found to utilize powerful subliminal imagery, possessing a technical proficiency that belies their categorization as trash.

A great book from the author of the seminal non-fiction work, The Making of a Counter Culture. As this is one of the earliest examples I found of this type of book, this is where we start to go down the rabbit hole of who-influenced-who? 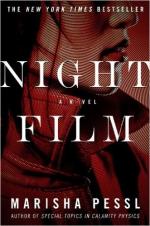 Obviously influenced by Flicker, Night Film is none-the-less an immensely readable story, which creates a fascinating mythology of its own. The reader is able to utilize an app called the "Night Film Decoder" to unlock additional content via their smartphone. Despite the superfluous interactive element that many reviewers felt detracted from the reading experience, this New York Times Bestseller still went on to win a prestigious Shirley Jackson Award. My only complaint is Pessl's maddeningly arbitrary use of italics throughout. 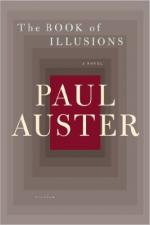 Film/Filmmaker in question: Little-known silent film star Hector man (there's that trope), who goes missing at the height of his fame in the 1920s. Yes, an investigation by a down-on-his-luck/disgraced writer type ensues.

Like many of the books on this list, Illusions is inherently a mystery, albeit a more literary one. In this case the cinematic trappings act as a sort of Macguffin for a more introspective exploration of character. Still, Auster builds an immersive cinematic world for his characters to inhabit, and he makes it look too damn easy. 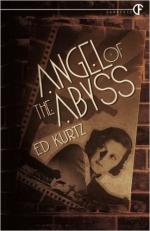 Film/Filmmaker in question: Long lost silent film Angel of the Abyss, a risque piece of arthouse horror from the 1920s. When several reels of the film are unearthed, an investigation into what happened to the rest, as well as the disappearance of its lead actress, Grace Baron, ensues.

This is a much more noir-ish tale than The Book of Illusions (and not nearly as surreal as Days Between Stations). Its cinematic world is not nearly as expansive as the one in Flicker or Night Film, and doesn't expand beyond the making of the titular film, but it contains some well drawn Hollywood characters and is a fun read none-the-less. 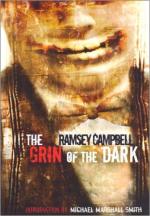 The only book on this list I haven't read, even though it is by a horror Grand Master, and therefore comes with a certain amount of pedigree. There are only so many hours in the day, people! 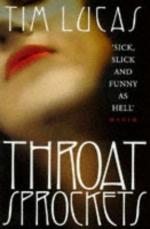 Film/Filmmaker in question: The titular Throat Spockets, an obscure quasi-porn that consumes the life of those obsessed with it. Yes, a type of investigation ensues. A harrowingly sexy investigation. 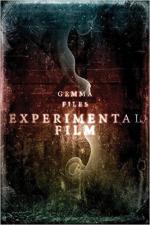 Film/Filmmaker in question: Mrs. A. Macalla Whitcomb, a 20th Century woman who stakes a posthumous claim to the distinction of being the first Canadian filmmaker. Her films attempt to tell and retell the story of Lady Midday, a super-creepy character from Slavic mythology. Whitcomb disappears under mysterious circumstances (check), her films are of the silent variety (double check), and an investigation by a film critic/journalist ensues (check and mate).

Despite the inclusion of several familiar tropes, Experimental Film stands out for a number of reasons. One: it is distinctly Canadian. I don't know if the entirety of the experimental film history presented here is real or created, but it is obvious Files is an expert either way. Two: this is more of a traditional ghost story, and I could easily see it being turned into a movie of its very own. Definite mainstream appeal, here. 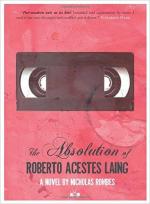 'The Absolution of Roberto Acestes Laing'  by Nicholas Rombes (2014)

Film/Filmmaker in question: A cache of rare films, burned by a respected University librarian with a long name, who subsequently disappears. Years later he is tracked down by an intrepid journalist (trope-a-dope), and only agrees to speak on record via the lens of the cinema he destroyed. The resulting interview is one of the few documents of the lost reels, and functions as a treatise on the intersection of life and art.

I have to be honest, I didn't make it far into this one. Something about it didn't quite grab me. But enough names I respect have praised its intricacies, and I hope to revisit it one day soon. 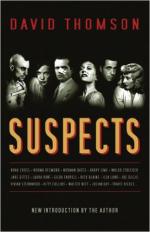 Okay, technically this one isn't about fictional films or filmmakers. It's a fictional story about fictional characters from ACTUAL films. Some of the most famous film noir's in Hollywood history, to be precise.

It takes the form of a collection of short biographies on such characters as Jake Gittes, Rick Blaine, and Harry Lime, written as if they were real people, and weaves a convoluted shared history of murder and intrigue. A bit dry for the casual film viewer, but a must read for cineastes and fans of old Hollywood. Be warned, you're gonna need to take notes to remember who knows who in this gymnastic bit of storytelling.

LitReactor's own Bart Bishop wrote about this novel here:

What are your favorite BAFFAFs? I know everyone and their mother has read House of Leaves, but anyone read any of the other books on this list? Any I've encouraged you to pick up?

Ghostword from Cornwall is reading The Land of Laughs by Jonathan Carroll February 24, 2017 - 6:18am

There's also the earlier 'Ancient Images' by Ramsey Campbell  about the search for a lost British Boris Karloff and Bela Lugosi film 'Tower of Fear'.

Joshua Chaplinsky from New York is reading a lot more during the quarantine February 24, 2017 - 7:56am

Yeah, someone else mentioned that to me. Sounds like a good one.