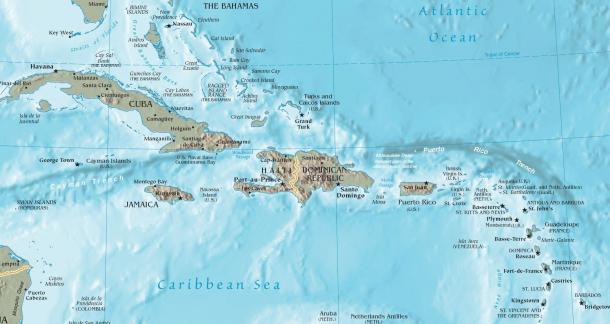 You already know you should be reading horror written by females and books written by writers of color every month, but February is a great month to remind everyone of this. It's also a superb time to remind folks that the black experience extends beyond the US. The Caribbean in particular has a long history, and black folks have been present since the beginning. Understanding their experiences and exploring a multiplicity of diasporas can enrich your life and help you develop new views and a deeper understanding of Otherness. These authors are great starting points to Caribbean literature. Dig in. 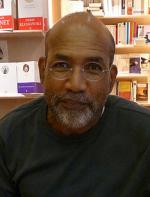 Despite growing up in the Caribbean, I first encountered Chamoiseau's work while pursuing my PhD at the University of Texas at Austin. I devoured Texaco and fell in love with the way he dealt with language and culture and the way he brought in the flavor of his roots to every page. Just last year I read Slave Old Man and was, once again, blown away by his talent. Chamoiseau understands the importance of keeping history in mind at all times, and his work reflects that beautifully. Some of what he writes is, like most truths, uncomfortable, but that's just one more reason to read him. 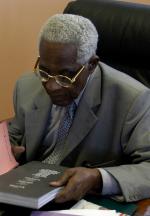 To read Césaire is to understand colonialism, and understanding colonialism is a crucial step in starting to understand most of the world. I was born and raised in a colony, but didn't realize that until my knowledge of culture, politics, and language allowed me to overcome the smoke and mirrors created by words and concepts like commonwealth and territory.

Césaire's work, particularly Discourse on Colonialism, gave me the tools and language I needed to comfortably speak about colonialism. His work is vital in this regard, and most political discussions including the Caribbean, Africa, and South America. Furthermore, he is known as the father of Negritude, which was a movement that aimed to create a strong black consciousness and promoted African cultural values as a crucial counterbalancing element that served as a weapon and shield against the lower-than-human status in which European colonial thinking usually trapped black folks. In other words, he was a revolutionary, and his work has stood the test of time...and is sadly still very relevant. 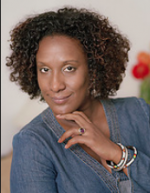 Here's a little confession about this type of list: I often have to include authors whose work I don't like because I am, first and foremost, a journalist, and thus still use objectivity as a driving force. That's just a long way of saying Santos-Febres' work is not my cup of tea, but it could very well be yours. She is one of a very small group of black female Puerto Rican authors, and her work has been translated into English, which makes it available to a whole new readership. She deals mostly with relationships, but culture, oppression, and the black experience are present in her work. Remember: it's okay to dislike someone's work, but it's not okay to not try it. I don't like James Patterson, but I can say that with confidence because I have read his work before. See? Objectivity makes subjectivity easier to defend! Hah. 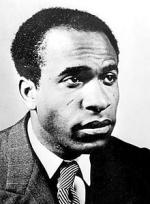 Yeah, I know, but I promise I didn't create a bullshit title to disguise a list of black intellectuals and scholars. Fanon is the goodness even if you've never taken an African American Studies, Post-Colonial and Critical Theory, or African Diaspora course. Simply put, he's like Baudrillard or Foucault: one of those individuals you should read regardless of your education because you will know more and understand more after doing so. Black Skin, White Masks was published in 1952 and is still being read, mostly because it still matters. That's a great place to start. 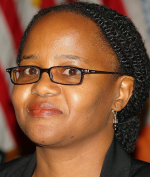 I think this is the third list I've done for LitReactor that features Danticat. Her novels just matter that much. They are heartfelt, violent, and packed with historical accuracy. I won't go on and on, again, about her. Just go read her work. 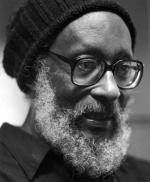 The things Brathwaite does in terms of rhythm are things I've encountered nowhere else. He's been collecting awards since the 1970s. There's a Guggenheim in there in the early 1990s. But none of that is as important as his rhythm, his passion for communication culture, his fearless rolling of history into poems that pack as much emotion and pain as they do hope and beauty. 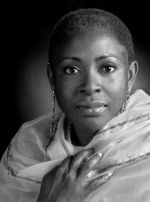 Seh her memory bad
but she memba that when her husband died
(both of them were t'irty)
she had t'ree little children
one in her womb, one in her arms, and one at her frocktail
she memba wem dem bury him her heart
buss up inside
dat wen di baby born
she no have no milk inna her breast

Chile, I ole now
my brain gaddarin water
but I memba as a young woman, I love to dance
and yellow was my favourite colour
It was mi husban fadda who ask fi mi han
di big people dem siddung outta hall and discuss
everyting
mi fadda agree
cause him seh
my fellow, your granfadda, was 'an honourable person'

I memba how on my wedding day
di guests dem nearly eat off all di food
it was alright, doah
I was too nervous to eat anyway 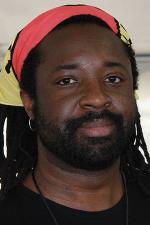 I know he's so huge in the US most people think he's from here, but he's not. The sounds of Jamaica can be heard in his work. Forget Junot Diaz for a while (for obvious reasons) and focus on James. Seriously. 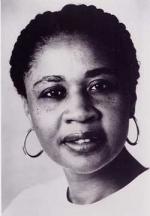 Sure, you've probably run into her books at most bookstores, but have you read her? Much like James, a lot of folks believe she was born in the US. She wasn't; she moved here from Antigua at 16, and her narratives often take her home, which is something many writers from a different country do when living here. Kincaid's resume is probably as, if not more, impressive than anyone else's on this list, and there are many reasons for that. If you want to get a taste of what families are up to in Antigua, Kincaid is the perfect starting point. 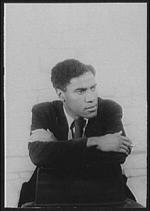 The best thing about constantly digging around for new authors to read is discovering gems that were hidden from you for whatever reasons. Lamming is the lastest name to join that list for me. I stumbled upon his work while reading an article that mentioned In The Castle Of My Skin. That sent me down a path that led to a few interviews online. Long story short, this man was a giant of Caribbean literature and is someone whose work I will explore further in the future. Join me.

This list is not exhaustive. The Caribbean is incredibly deep and varied in terms of history, cultures, and languages. There is no reasons to read these folks and stop. And remember: you can ask presses to translated more work from folks whose work is worth the effort. Happy reading.