“I tell the truth, even when I lie.”: A Discussion of Unreliable Narrators 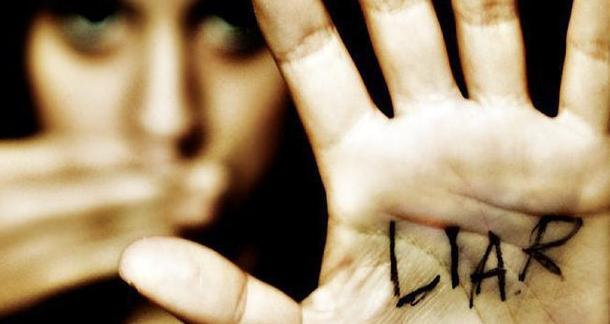 Let us first define a reliable narrator. As you might have surmised, reliable narrators are trustworthy; they relate the story as it happened or at least as they experienced it. Third-person omniscient narrators are usually reliable (they are sort of like fact-tellers) and many first-person narrators are, too. On the rare occasion that a third-person narrator slips into the action by saying “I” or offering some other particular judgment, then an argument might be made for unreliability, but it's not typical. Reliable narrators sound authoritative and display a thorough knowledge of the characters and events that the story unveils. They offer unbiased, or at least equally-weighted, descriptions of characters and events. The narrator for most Jane Austen novels, I’d argue, is reliable, because it is third-person and mostly impartial.

On the flipside of the narratorial coin, we have the unreliable narrators. These may be first-person (or even second-person) narrators who, for whatever reason, cause the reader to doubt his or her retelling of events. Maybe the narrator is a drunk or psychopath. Maybe the narrator is an admitted liar or "yarn-spinner" or like Marlow in Heart of Darkness. Consider, too, literature's well-known pedophile Humbert Humbert from Nabokov’s Lolita. He often attempts to excuse his deplorable activities, such as preying on his young stepdaughter. He also tries at times to convince the reader his intentions are not as terrible as they seem by arguing that it’s natural or that the young girl is tempting him (Yuck). Another great contemporary example comes from LitReactor’s patron saint—Chuck Palahniuk. How long did it take you to realize Tyler Durden wasn’t a real person? Long enough, I’m betting, for you to get invested in him as a character. I know I was duped. There are a lot of great unreliable narrators in literature; for a list of other examples, see Henry Sutton’s Top 10 List,  or check out John Hewitt’s list.

Determining whether a narrator is reliable or not isn’t always easy. Unreliable narrators add an extra layer of complexity to the story. Unreliable narrators may try to convince the reader of his or her lack of culpability or offer a point of view that’s immediately suspect due to the character’s known deficiencies—madness, drunkenness, immorality, immaturity, etc. The character may express something as fact that later is contradicted by the actions of another character. For instance, the character claims to have murdered someone only to have the victim show up in a scene later—perfectly alive. Think of American Psycho. Some argue all first-person narratives are suspect because the reader only gets one point of view, but that’s debatable.

A Master at Work

A great example of an unreliable narrator appears in My Last Duchess by Robert Browning. It was published in 1842 and is supposed to be about Italy's real Duke of Ferrara, who lived in the 16th century and had a well-loved and short-lived (literally) marriage to the 14-year old daughter of a wealthy noble. Check out Wikipedia's article for more on the historical background of this story.

That's my last Duchess painted on the wall,
Looking as if she were alive. I call
That piece a wonder, now: Fra Pandolf's hands
Worked busily a day, and there she stands.
Will't please you sit and look at her? I said
"Fra Pandolf" by design, for never read
Strangers like you that pictured countenance,
The depth and passion of its earnest glance,
But to myself they turned (since none puts by
the curtain I have drawn for you, but I)
And seemed they would ask me, if they durst,
How such a glance came there; so not the first
Are you to turn and ask thus. Sir, 'twas not
Her husband's presence only, called that spot
Of joy into the Duchess's cheek: perhaps
Fra Pandolf chanced to say "Her mantle laps
Over my lady's wrist too much," or Paint
Must never hope to reproduce the faint
Half flush that dies along her throat": such stuff
Was courtesy, she thought, and cause enough
For calling up that spot of you. She had
A heart--how shall I say?--too soon made glad,
Too easily impressed; she liked whate'er
She looked on, and her looks went everywhere.
Sir, 'twas all one! My favor at her breast,
The dropping of the daylight in the West,
The bough of cherries some officious fool
Broke in the orchard for her, the white mule
She rode with round the terrace--all and each
Would draw from her alike the approving speech,
Or blush, at least. She thanked men--good! but thanked
Somehow--I know not how--as if she ranked
My gift of a nine-hundred-years-old name
With anybody's gift. Who'd stoop to blame
This sort of trifling? Even had you skill
In speech--(which I have not)--to make your will
Quite clear to such a one, and say, "Just this
Or that in you disgusts me; here you miss
Or there exceed the mark"--and if she let
Herself be lessoned so, nor plainly set
her wits to yours, forsooth, and made excuse
--E'en then would be some stooping; and I choose
Never to stoop. Oh sir, she smiled, no doubt
Whene'er I passed her; but who passed without
Much the same smile? This grew; I gave commands;
Then all smiles stopped together. There she stands
As if alive. Will't please you rise? We'll meet
the company below, then. I repeat
The Count your master's known munificence
Is ample warrant that no just pretense
Of mine dowry will be disallowed
Though his fair daughter's self, as I avowed
At starting, is my object. Nay, we'll go
Together down, sir. Notice Neptune, though,
Taming a sea horse, thought a rarity,
Which Claus of Innsbruck cast in bronze for me!

As you read the poem, it becomes clear that that demise of the “last Duchess” is fishy. Even if you’ve never read this poem or the older style throws you off, the fact that the Duke (speaker of the poem) twice mentions that she looks “as if alive” should clue you in to the fact that she has died, and probably not a natural death. His unreliability becomes apparent as the reader starts to understand that he was jealous of the pleasure she took in simple things, natural things. He attempts to excuse his cruelty by explaining that he was wronged by her—that her being "too easily impressed" shamed him. He later incriminates himself when he says that he “gave commands” and “then all smiles stopped together.” There’s a heck-of-a-lot more to this poem, so if you want a more thorough analysis, check out barney.gonzaga.edu.

I used a quote from the movie Scarface in the title of this article. At some point in the film, title character Tony Montana (played by Al Pacino) declares in his ridiculous Cuban accent, “I tell the truth, even when I lie.” When I think of unreliable narrators, this phrase seems appropriate. Even as a narrator may be saying one thing (a lie), he or she belies the truth in the way that they choose to lie. For example, the Duke’s insistence that his late wife insulted him when she “ranked [his] gift of a nine-hundred-years-old name with anybody's gift” betrayed his insecurity as a noble man. He showed that beneath his polished exterior, that fact that his young bride did not find pleasure only in him, drove him to the point of murder.

Scarface in movie format doesn't really address the issue of reliability, as the camera is essentially an omniscient and objective narrator. But imagine if Tony Montana told his own story:

Of course, all the cocaine use and his increasingly enormous ego would affect how he would tell his own story. For this week’s prompt, attempt to write Tony Montana as the unreliable narrator of his own story. Pick any scene from the movie, or create a new one and attempt to write it from Tony's point of view. What might be different in this telling?

If, however, you are not married to a Scarface aficionado (as I am), you can still do this exercise. Choose a character (one you wrote or from a movie/book/song that you like) that is generally trustworthy or reliable and write their story (or part of it) from their point of view. Turn them into an unreliable narrator by using what quirks and motivations they might have to mold their own stories to suit their own purposes. Possible characters you could use:

As usual, I encourage you to post your ideas and writings in the comments section. If you are shy, you can email them to me taylor@litreactor.com.

My favorite unreliable narrator is the main character in Amy Hempel's short story "Harvest".
"I leave a lot out when I tell the truth. The same when I write a story."-Harvest

Please tell me the puerile discarding of Humbert Humbert is some sort of badly-expressed joke; you read a book about paedophilia, and expected what, exactly? It's like a person complaining that their trout dinner tasted like fish.

The narrator (and murderer) "Who Murdered Roger Akroyd" by A. Christie is a classic unbreliabkle narrator. In "Gone Girl," it's the girl, Amy. Thanks.

I haven't read either of those yet, Gor, but I will definitely check them out!