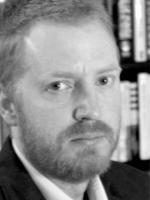 Weddle holds an MFA in creative writing from Louisiana State University, where he also taught.

In 2009, Weddle and six other fiction writers created DoSomeDamage, where he blogs weekly.

In 2010, Weddle and John Hornor Jacobs created Needle: A Magazine of Noir, one of the top journals for contemporary crime fiction, with stories routinely selected for the Best American Mystery Stories anthologies.