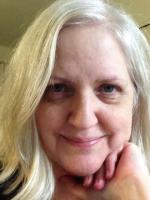 S.P. Miskowski is a recipient of two National Endowment for the Arts Fellowships. Her stories have been published in Supernatural Tales, Black Static, Identity Theory, Strange Aeons and Eyedolon Magazine, and in numerous anthologies including The Best Horror of the Year Volume Ten, Haunted Nights, The Madness of Dr. Caligari, October Dreams 2, Autumn Cthulhu, The Hyde Hotel, Darker Companions: Celebrating 50 Years of Ramsey Campbell, Tales from a Talking Board and Looming Low.

Miskowski's second novel, I Wish I Was Like You, was named This Is Horror 2017 Novel of the Year. Her books have received three Shirley Jackson Award nominations and a Bram Stoker Award nomination, and are available from Omnium Gatherum Books and JournalStone/Trepidatio.