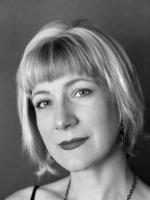 Sheri Holman is a novelist and television writer. She has written four novels published by Grove/Atlantic, including The Dress Lodger, a national bestseller and New York Times Notable Book; The Mammoth Cheese, named a Publisher's Weekly and San Francisco Chronicle Book of the Year and shortlisted for the UK's Orange Prize; and most recently, Witches on the Road Tonight, a New York Times Book Review's Editor's Choice, and winner of the Shirley Jackson Award for Best Novel. Sheri is currently a writer on the popular drama Longmire, a Netflix Original series. She is a founding member of the story-telling collective The Moth, and her stories can be heard on the Moth's radio show and podcast. She lives in Brooklyn with her family.