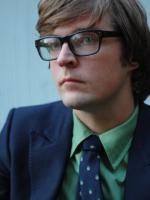 Patrick Wensink is the bestselling humorist and author of five books. NPR named his most recent novel, Fake Fruit Factory, one of the best books of 2015, calling it "Twin Peaks meets Scooby-Doo." His humor writing appears in the New York Times, Esquire, Salon, Oxford American, Men's Health and others.

He lives in Louisville, KY with his wife and son.