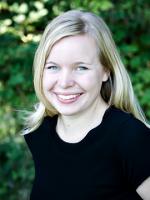 Mandy Hubbard is an multi-published YA author and the founding agent of Emerald City Literary Agency, where she focuses on middle grade, young adult, and romance. Her debut YA novel, Prada & Prejudice (Penguin/Razorbill), released in 2009 and has since been followed by ten others, including several darker novels under the pen name Amanda Grace. Her novels have appeared in TIME, USA Today, and Entertainment Weekly. Her latest release, Everything but the Truth, published by Bloomsbury, is currently featured in Scholastic book fairs. She lives in Tacoma, Washington.