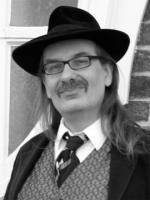 Kim Newman is a well known and respected author and movie critic. He writes regularly for Empire Magazine and contributes to The Guardian, The Times, Time Out and others. He makes frequent appearances on radio and TV. He has won the Bram Stoker, International Horror Guild, British Fantasy and British Science Fiction Awards and been nominated for the Hugo and World Fantasy Awards.