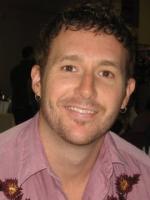 Joshua Mohr is the author of five novels, including Damascus, which The New York Times called “Beat-poet cool.” He’s also written Fight Song and Some Things that Meant the World to Me, one of O Magazine’s Top 10 reads of 2009 and a San Francisco Chronicle best-seller, as well as Termite Parade, an Editors’ Choice in The New York Times. His novel All This Life won the Northern California Book Award. He’s written a memoir, Sirens, and is under contract with FSG for the second installment. His next novel, Get Rich, will be published by FSG in winter 2021 and has already been optioned by Circle of Confusion Television Studios. Recently, AMC bought his noir show.