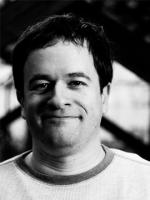 Joshua Corin currently writes Spider-Man/Deadpool for Marvel Comics and the Xanadu Marx series of thrillers for Random House. His previous projects include the Esme Stuart series for MIRA Books, which were optioned for TV by 20th Century Fox, and Nuclear Winter Wonderland, which Booklist named one of the best debut novels of 2008. He is an assistant professor of writing and theatre at Georgia State University.