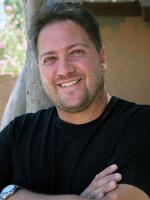 Joseph Nassise is the New York Times and USA Today bestselling author of more than a twenty novels, including the Templar Chronicles series, the Jeremiah Hunt trilogy, and the Great Undead War series. He has also written several books in the Rogue Angel action/adventure series from Gold Eagle. He is a former president of the Horror Writers Association, the world's largest organization of professional horror writers, and a multiple Bram Stoker Award and International Horror Guild Award nominee.