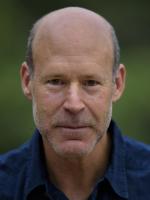 James A. McLaughlin is a native of Virginia who lives with his wife and large dogs in a canyon east of Salt Lake City, Utah. He holds law and MFA degrees from the University of Virginia. His essays and fiction have appeared in The Missouri Review, River Teeth, and elsewhere. His novel Bearskin is available from Ecco/HarperCollins. He’s currently working on two novels related to Bearskin and set in Virginia and the American Southwest. James is an amateur photographer whose interests include wildlife, landscape, and human ecology. His photographs have appeared in numerous publications including Virginia Wildlife, the Richmond Times-Dispatch, and The Missouri Review. His writing and photography can be found on the internet at jamesamclaughlin.com and on Instagram @jamesamcl37.

James A. McLaughlin on Amazon.com